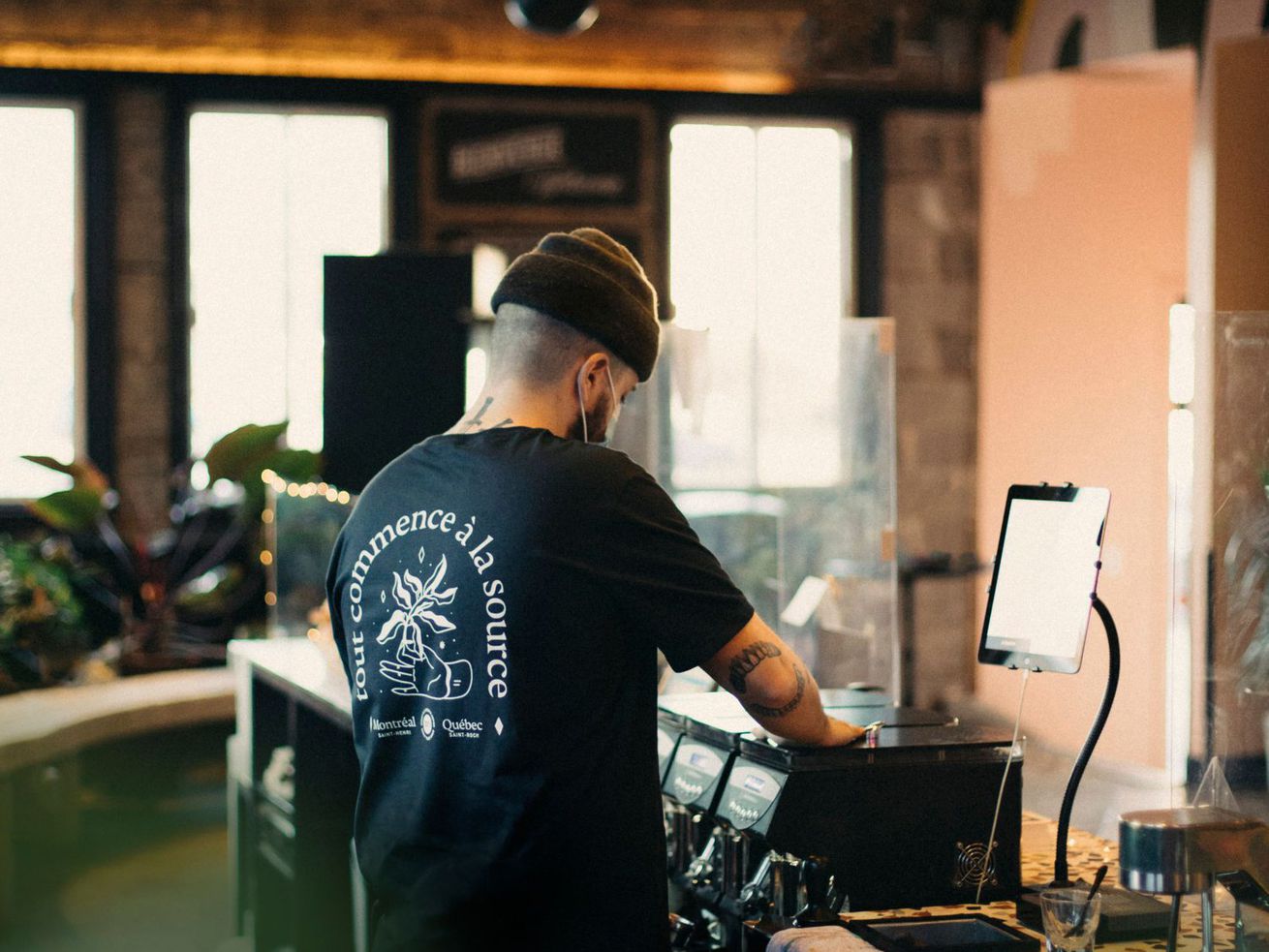 CITY-WIDE — More caffeine-related news this week, with Montreal’s Café Saint-Henri officially in the hands of a new owner, as per a press release disseminated by the third-wave coffee pioneer. While founder Jean-François Leduc will stay on board for a couple of months to facilitate the transition, Sébastien Grenache — who until now worked in media production firms like Danielehenkel.tv and Trio Orange, according to his LinkedIn profile — is now at the helm of Café Saint-Henri. He’s backed by Montreal-based private equity firm Oliva Capital, which is also behind local beer discovery app Birre & Co.

Leduc first announced the change of ownership via Instagram in December, saying, “If Café Saint-Henri is my ‘baby,’ then this child has grown up, and I feel more than ever that in order for it to evolve and grow, my company needs the guidance of other people.” The first Café Saint-Henri outpost opened 10 years ago in its namesake neighbourhood and has since amassed eight locations across town, two roasteries, and an online store — together employing more than 70 employees.

DOWNTOWN — A new downtown real estate project from controversial restaurant and bar magnate Peter Sergakis is one step closer to reality, reports Journal Métro. On Tuesday, the Office de consultation publique de Montréal (OCPM), an organization that carries out public consultations for the city, released a report cautiously recommending a by-law that would modify the site’s permitted construction height for the developer’s Îlot Sainte-Catherine Ouest plan.

The project would take over the addresses from 1920 and 1946 Sainte-Catherine West to build three condo towers with close to 200 residential units (plus businesses on the ground level), taring down three commercial buildings in the process. Among them is 1926 Sainte-Catherine West, which previously housed the hot pot restaurant Premier Pot, recognized for its bright yellow awning, and before that café Ciné Express. Meanwhile, the facade of the 150-year-old Victorian greystone at 1944 Sainte-Catherine West, home to Pub Cock n’ Bull, which Sergakis took over in 2009, will be preserved, according to architect plans.

The OCPM recommends the project with several caveats, namely that a greater number of units be turned into two- and three-bedroom ones to accommodate families, and that a portion of units meet the community’s need for affordable housing. The developer initially proposed offering $725,000 to the city to implement social housing elsewhere, instead.

Sergakis also owns Station des Sports bar, the next block over, whose expansion was also embroiled in controversy in 2010.

CITY-WIDE — Montreal Canadiens hockey player Tomas Tatar is now a tuna tartare influencer — because the coincidental spelling of his last name was, apparently, too good to pass up. For every goal Tatar scores, Küto restaurants (of which there are 22, mostly off island) will give customers a discount on their artfully named tuna “tatar” for the following day, the left-winger announced on his Instagram this week. He’s already on his fourth goal of the NHL season, which started on January 13, and topped 20 last season, so things are looking promising for Küto discount hopefuls.

PETITE-PATRIE — The kitchen of neighbourhood breakfast joint La Grand-Mère Poule is now being put to use after its regular hours. With La Grand-Mère Poule focused on the morning-to-mid-day rush (until 2 p.m. Thursday to Sunday), South Shore fast-casual restaurant Shack Attack has moved in to the same Beaubien East locale in hopes of tapping the dinner crowd. Shack Attack will be serving up a menu of burgers (over 20 types, including vegetarian and vegan), hot-dogs, poutine, and milkshakes until 9 p.m.