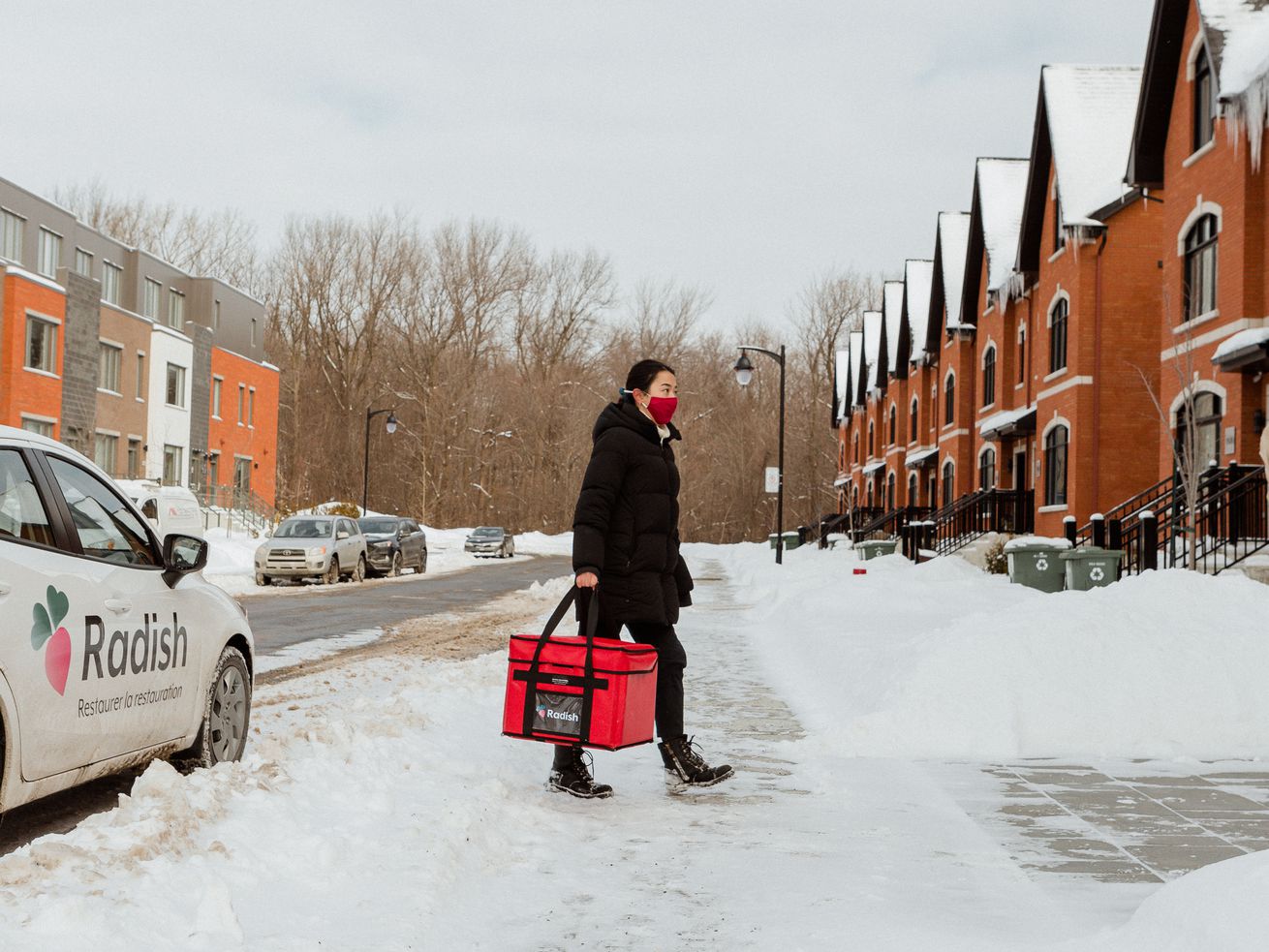 Much has been said of the up to 30 percent commission large delivery companies, like Uber Eats and DoorDash, take from restaurants in Quebec — at least for the time being. But, even within Montreal, there are a number of local services emerging as viable alternatives. Their business models range from co-ops that return profits to restaurant members to online payment systems that outsource delivery to other local startups. Some charge restaurants flat fees, while others charge monthly payments or simply take a lower-percentage commission on orders.

Determining which service is best for diners in terms of price and ease of use can depend on their proximity to a given restaurant, whether they already know what restaurant they want to order from, and how good a deal the restaurants themselves are getting with the service. Here’s a roundup of the local players in Montreal’s delivery space to help diners navigate their options.

Not to be confused with UberEats, this Quebec-born company doesn’t handle delivery itself, nor does it offer a consolidated website that users can browse. Instead, restaurants integrate the company’s web menu directly on their website, meaning users needn’t create an account to order as they would with many other third-party services.

As for delivery, it is either provided by the restaurant itself or local ridesharing co-op Eva (see below) and DoorDash Drive, with tips selected by diners going to the driver. Restaurants choose who pays the fee incurred from delivery (depending on the case, based on distance or the order): the customer, itself, or both. (When Eater tried the service, a flat $3.99 delivery fee appeared at checkout.)

Ueat charges restaurants between about 27 cents and 89 cents per transaction, depending on volume, plus a monthly base fee of about $70. It also charges a $495 setup fee, making it less accessible to smaller businesses that may be unable to afford the expense up front.

While it doesn’t have a searchable website to bring together all the restaurants using its service, Chk Plz does list them on a free app. It also provides web menus so diners can order directly from a restaurant’s website. Delivery is handled by Eva, which is integrated with Chk Plz’s platform and automatically called at checkout.

Chk Plz charges restaurants $30 a month plus 2.7 percent of each transaction and 30 cents per transaction with no setup fee. It adds Eva’s delivery fee at checkout, which averages around $8.50 per delivery (it’s usually between $6 and $10). At checkout, diners can select the percentage of a tip that goes exclusively to the delivery driver.

This delivery service has a free app, like Chk Plz, and a website of partnered restaurants. It also coordinates delivery in Montreal through Eva, and will soon offer bike delivery as well through Chasseurs Courrier (see below).

RestoLoco charges restaurants a flat 18 percent commission (13 percent plus a 5 percent platform transactional fee) and no monthly fee or setup fee. A tip amount determine by the restaurant is added automatically at checkout, and users don’t see the $2.95 delivery charge because it is included in the restaurant’s prices.

Like Chk Plz and Ueat, Pizzli offers contactless payment for restaurants and offers delivery through Eva in Montreal, Quebec City, and Saguenay. It charges 3 percent of each transaction with no setup or monthly fees, making it most likely the least expensive option for restaurants doing a lower volume of takeout and delivery. Each restaurant chooses its own delivery fee and can decide how to display it at checkout. Some restaurants charge the fee to customers, some integrate the fee into their prices, and some subsidize the fee.

Pizzli doesn’t have an app for diners, though its website groups together all participating restaurants for diners to browse.

This is the only delivery option that does both online payment processing and delivery itself. Like Eva, Radish is a co-op, with restaurants, drivers, and consumers all having a say in how the business operates. However, it also has a website that gathers all participating restaurants — and an app is on the horizon, Radish co-founder Mansib Rahman tells Eater.

Radish charges restaurants up to 20 percent per transaction, but returns profits to member restaurants in the form of patronage dividends. The amount received is based on sales volume. There are no delivery fees charged directly to customers, unless the restaurant increases its menu prices to offset delivery costs, which Rahman says only one has done so far. There are no setup fees for restaurants and they can choose to purchase shares in the co-op.

With more than 1,000 drivers and 35,000 members, this local cooperative began as a rideshare service and driver-owned alternative to taxis, but now also delivers food. Its website features the restaurants that use its service, but links out to menus generated through Eva’s online payment partners or the restaurants themselves.

Eva’s popularity shot up when it began partnering with Chk Plz, which automatically sends one of its drivers to restaurants to conduct deliveries at a base fee of $5 plus 50 cents per km and 25 cents per minute. Eva still works directly with some restaurants, which call the company every time they have an order to be delivered, but the goal is to let the payment services handle that. Eva is also currently partnered with Ueat, RestoLoco, and Pizzli.

Restaurants using the service include many offering delivery with Chk Plz, Ueat, RestoLoco, and Pizzli.

According to the rider-run delivery company, there are no setup or commission fees for restaurants and delivery is at a flat rate of around $7 to $9 per delivery, which restaurants can choose to pass on — in part or entirely — to their customers. Tips are shared among all riders, and while it’s not officially a co-op (which is an eventual goal of the company), there’s profit sharing and riders have a say in how the company is run.

A few caveats, though: Chasseurs Courrier has no centralized list of restaurants using the service — and even if it did, it wouldn’t be long, because most of its work is with parcel delivery, not food. Plus, the company is closed on Mondays, and even in non-COVID times, Chasseurs Courrier doesn’t deliver after 9 p.m. When a delivery location is outside of its delivery zone, which generally centers on the Plateau, the company passes the order on to DoorDash.