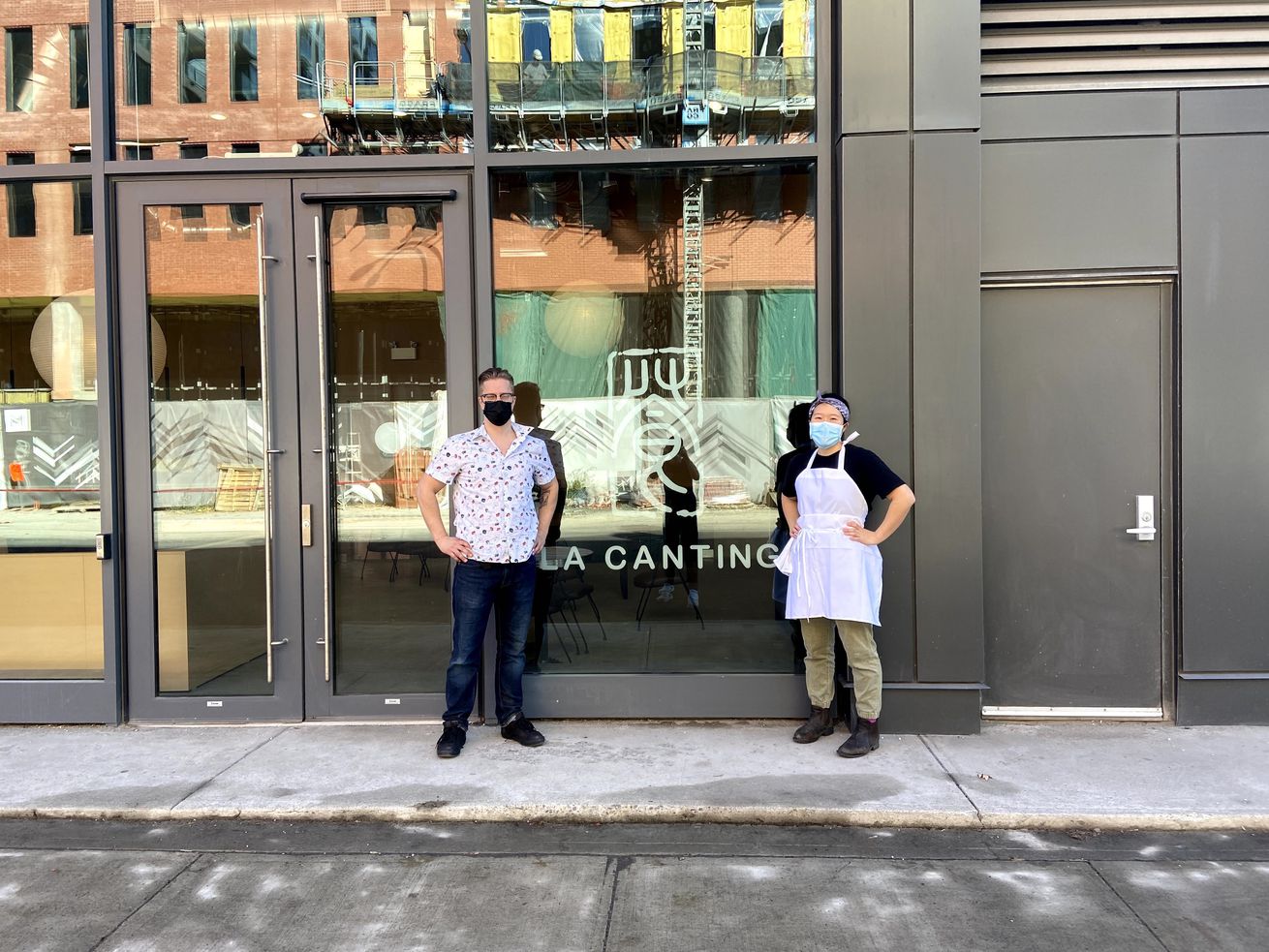 Pointe-St-Charles is now the purveyor of an exciting new Chinese-Taiwanese restaurant that swung open its doors in the Nordelec building on St-Patrick street today. La Canting — a play on “cān tīng,” mandarin for “restaurant,” and “cantine,” French for “cafeteria” — is the handiwork of chef Helena Han LinBouillon Bilk, Elena) and Benjamin Serapins (Cadet and Burger Bar Crescent), who oversees the front of house. 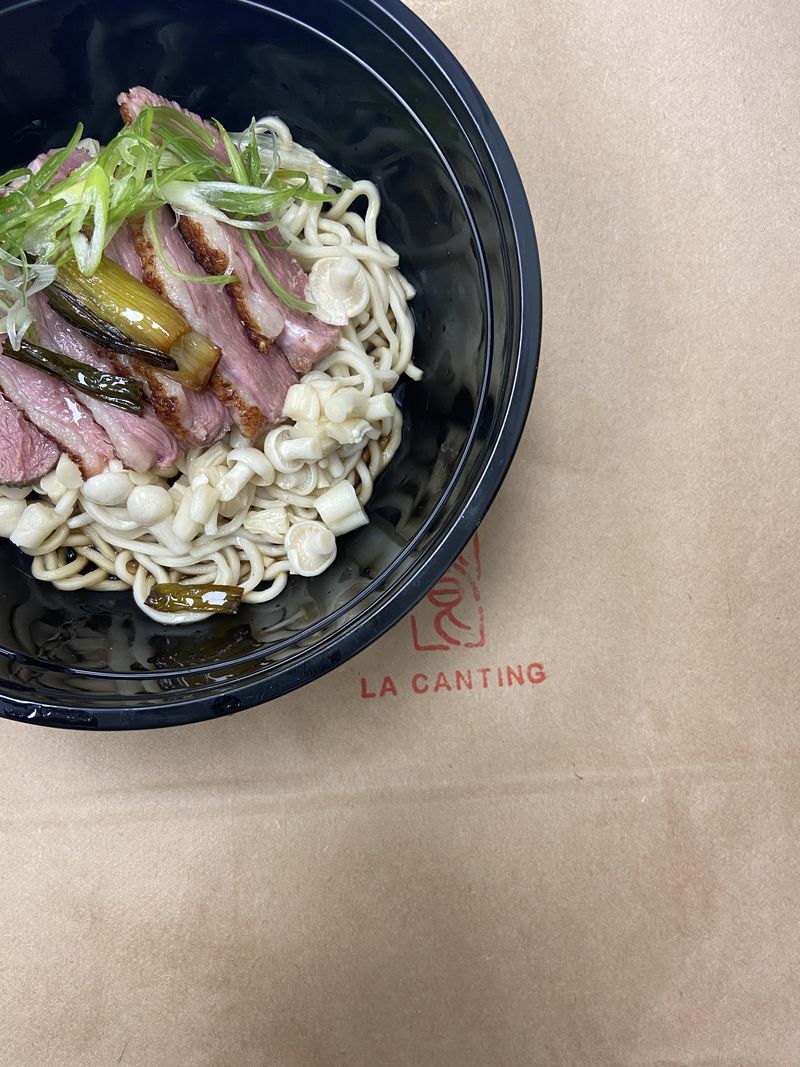 La Canting/SuppliedShanghainese scallion noodles with seared duck breast and marinated shimeji mushroomsBorn in Taiwan and having grown up in Shanghai (with a two-year stint in Southeast Asia somewhere in between), Lin draws inspiration from a youth punctuated by frequent family dinners, night market eats, and other food-centric experiences. “Food was always a big thing growing up. So much of my childhood was spent doing homework in the kitchen while my mom was cooking something on the stove. In fact, the majority of my family life was in the kitchen,” Lin says. Some dishes on the menu, like the lu rou fan, a Taiwanese braised pork sauce over rice, are ones Lin fondly recalls her mother making for her. 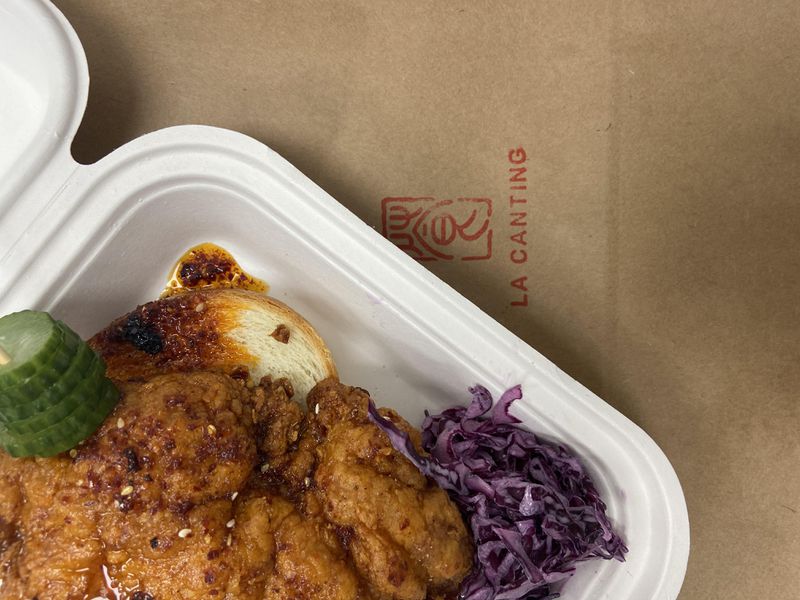 When indoor dining is permitted, guests will also be acquainted with La Canting’s high-ceiling industrial space made warm by a palette of browns and beiges that clad the walls, seating, and wood fixtures. Sabrina Barazin, who also designed Saint-Henri café-bar Córdova, was responsible for transforming the former office space into one that can eventually accommodate 45 diners in one go, once red zone restrictions ease.

Lin’s plans for La Canting began percolating in September of last year, but really took shape after she met Serapins at a joint staff Christmas party (famed Latin Quarter establishment Bouillon Bilk, where Lin worked at the time, and its little sibling Cadet, where Serapins did, are part of the same restaurant group). “Over a glass of wine we realized we shared a lot of the same philosophies on food, the guest experience, how to run a restaurant, all that,” Serapins says. “A couple of weeks later, Helena called me and asked if I wanted to take part in the project.” 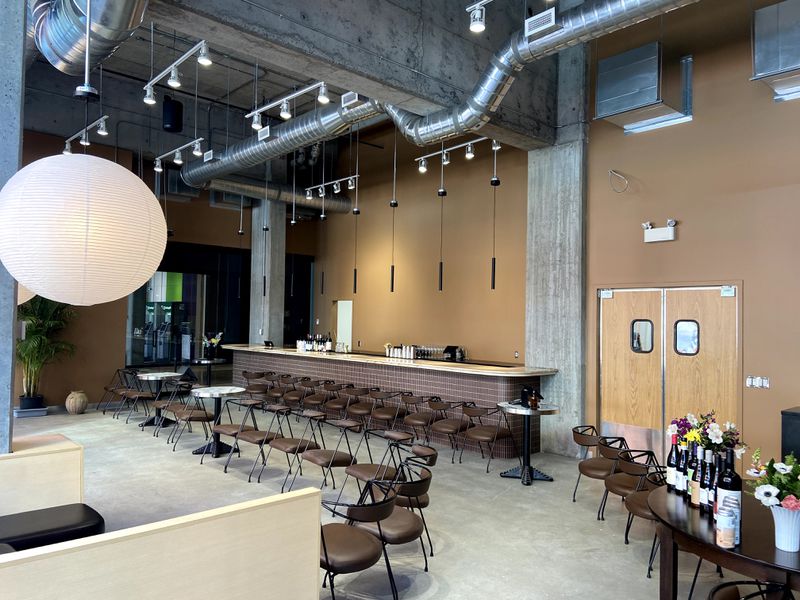 La Canting/SuppliedThe Nordelec Building space was designed by Sabrina Barazin.Settled in the historic, Lachine Canal-adjacent Nordelec complex (also home to September Surf café), La Canting was intended to tap into the building’s bustling lunchtime crowd of 5,000-plus office workers. But with many still operating on a work-from-home basis, Lin and Serapins have had to adapt their daytime fast-casual approach to takeout fit for the extended Pointe-Sainte-Charles residential community.

“Looking back at having opened a restaurant in the middle of a pandemic, I have to say it was definitely a unique experience,” Serapins says. “But now that we see the light at the end of the tunnel, I’m feeling very zen about this whole thing. We are so used to things not going the way we expect them to that now, if something does go wrong, it’s just like, ‘Okay, we can deal with it.’”