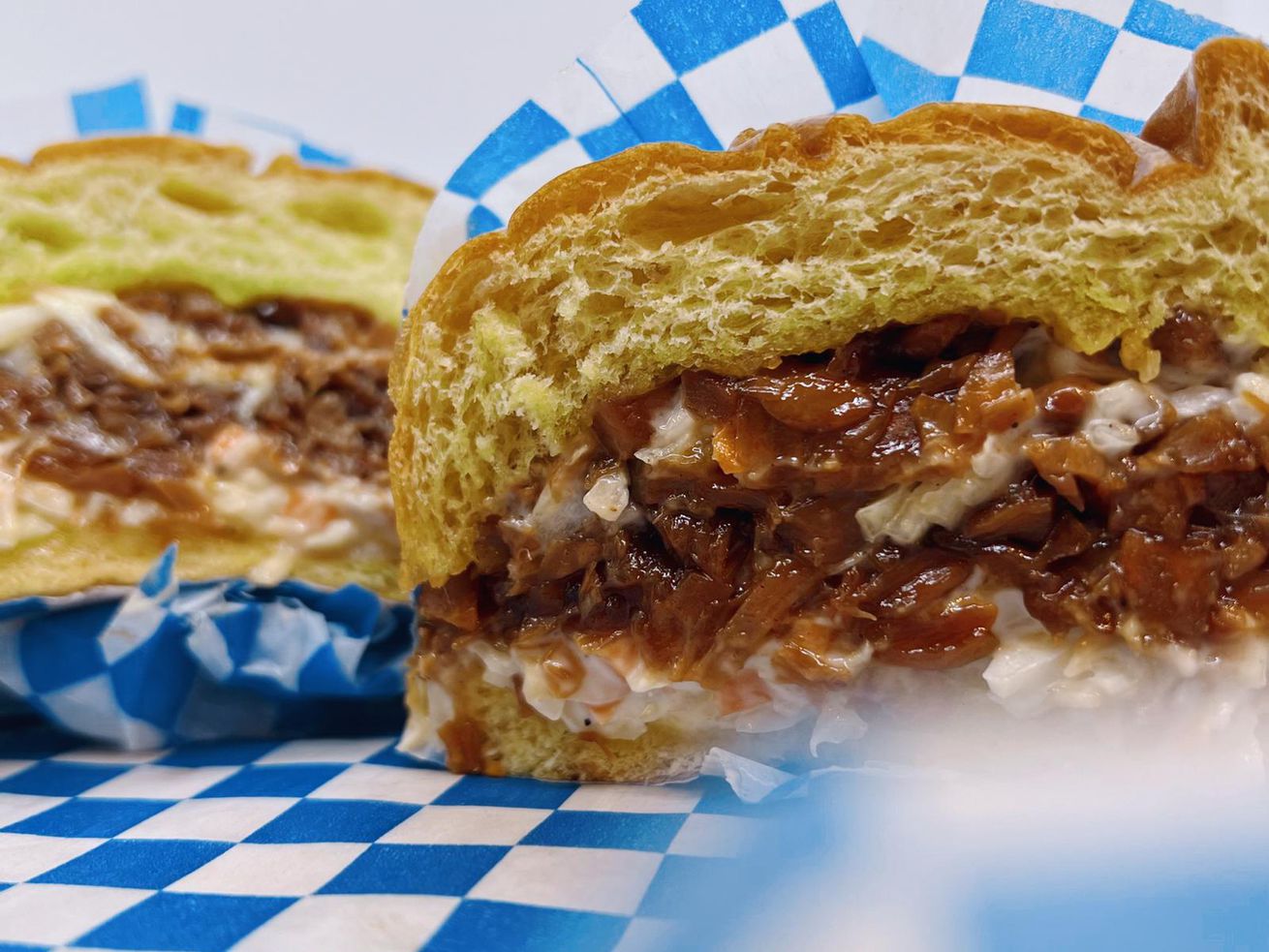 The sandwich shop made its debut on March 5, on the ground floor of new department store Union, a still-developing four-storey project that will feature a constellation of clothing brands, cosmetics counters, tattoo and barber shops, and, yes, a food kiosk, Sanwits co-owner Ryan Oabel tells Eater.

Sanwits’s menu is compact, but freewheeling, showcasing the sandwich experiments of partner Gerry Lee Danzil, who joins Oabel and Eric Lazaro, both of popular Filipino-Hawaiian restaurant Le Petit Vibe, for the project. Expect options like the “Beep Beep,” featuring corned beef and halloumi cheese in Challah bread, “Jack’s BBQ” with pulled jackfruit and coleslaw in a brioche bun, and the “SLT,” where Spam gets layered with tomatoes, pineapple jam, and teriyaki sauce between slices of pumpernickel. Departing from traditional “sandwich” classification, the Manok Canten Burrito stuffs two Filipino classics — chicken adobo and pancit (noodles) — into an extra-large flour tortilla. 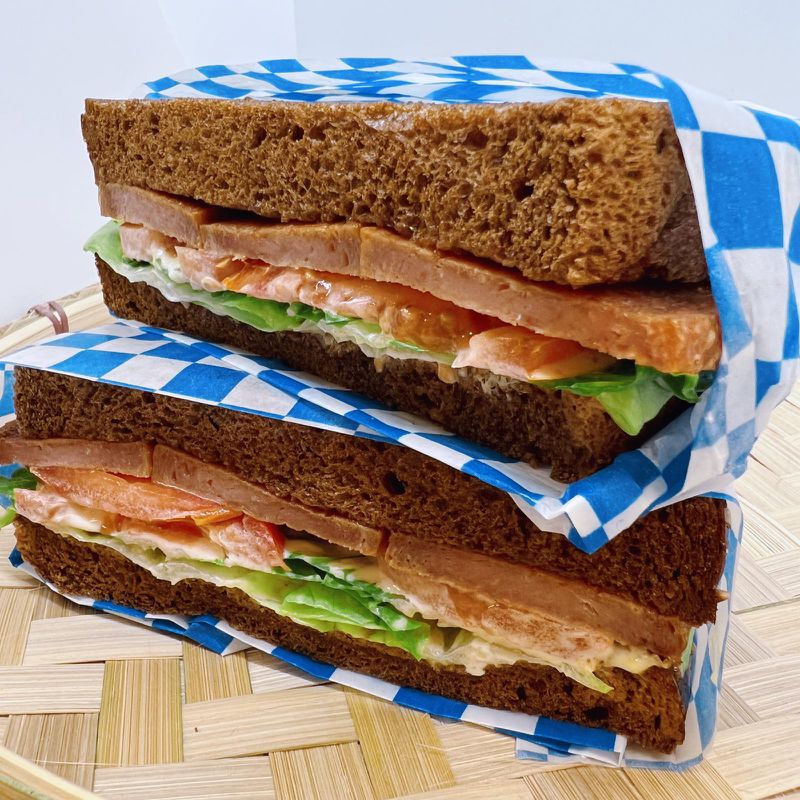 Sanwits/SuppliedSanwits replaces bacon with Spam for its “SLT” sandwich.“We’ve been wanting to open a sandwich shop since even before Le Petit Vibe,” Oabel says, though explains that initial plans for one a couple years back, out in Côte-Des-Neiges, fell through. Now, he says the trio is excited to be branching out to a prime-time downtown location and “bringing something different to the area.”

Before Sanwits, Danzil operated a catering outfit, where he explored the somewhat unexpected pairing of Filipino flavours and international breads, Oabel says. He attributes that convergence to Danzil, born to Filipino parents, having grown up in a predominantly Jewish area, near Westbury Avenue, in Montreal’s multicultural Côte-Des-Neiges neighbourhood.

“So he was eating all these types of breads that we weren’t. Most of us Filipinos only knew white or brown bread. We didn’t have any other breads growing up,” Oabel says. “But together, the flavours with the texture of the breads make the sandwiches different and unique. It’s his take on growing up in that area.”

Though sandwiches are Sanwits’s primary focus, the team calls the project a sari-sari store, which Oabel describes as the equivalent to a Montreal dépanneur or convenience store. As such, it’s also selling chips, noodle cups, and chocolate bars — all from the Philippines. In the summer, Oabel says to also expect ice cream from Lazaro, who over the past couple of years has been toying with flavours from banana bread to ‘90s throwback Dunkaroos.

“I’m very confident about our product — now it’s just about how downtown is going to react to it,” Oabel says. “With everybody slowly coming back to the offices, hopefully we can catch a crowd.”

Sanwits is open from Monday to Saturday, from 11 a.m. to 6 p.m. inside Union, at 962 Sainte-Catherine Ouest.