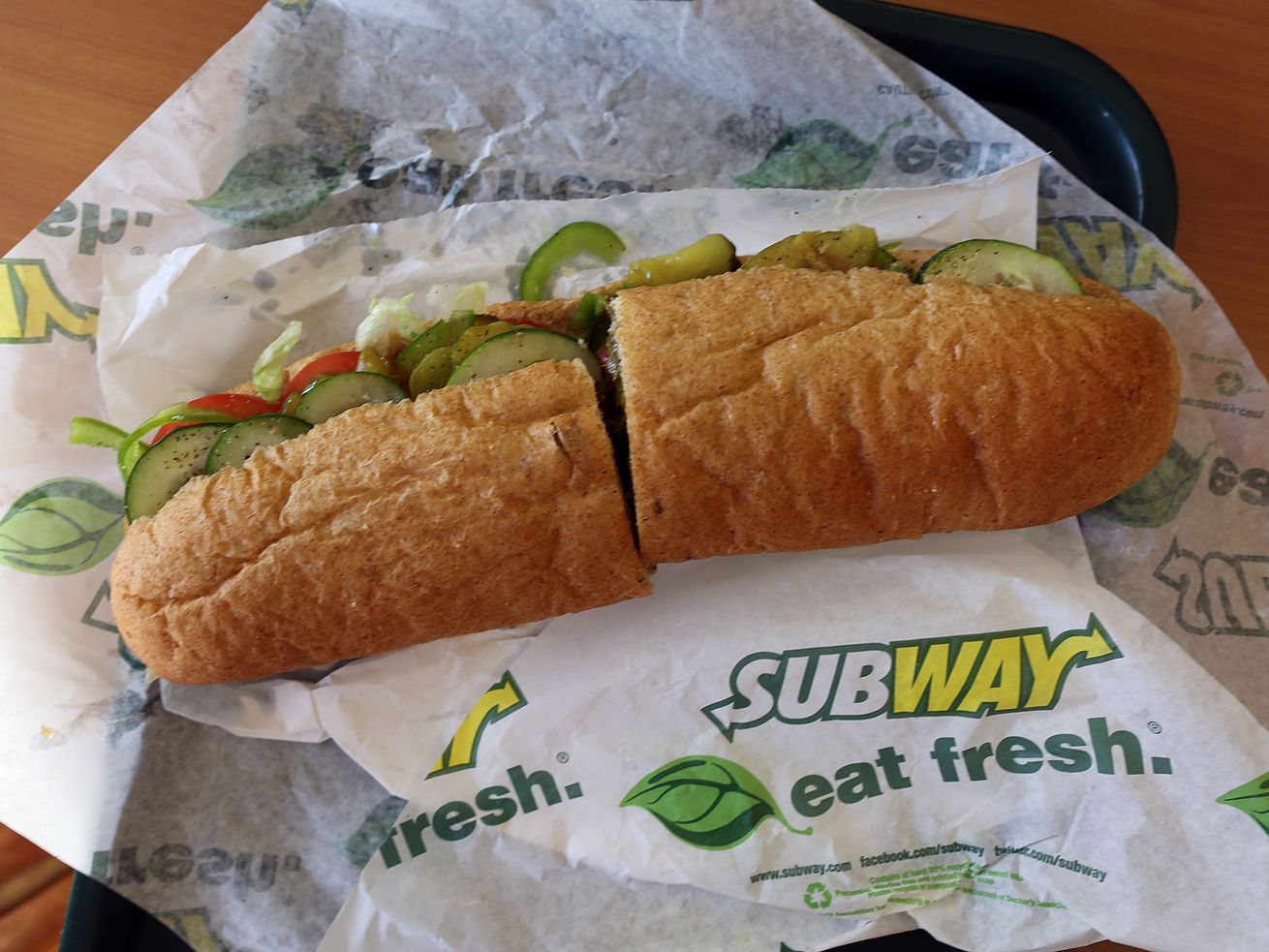 The lawsuit, which draws on a 2017 DNA analysis, was recently given the go-ahead

Anyone who purchased a Subway chicken sandwich in Quebec between February 24, 2014, and December 31, 2017, may someday get their money back. The province’s Court of Appeal has given the go-ahead to a class-action lawsuit against the fast-food chain for allegedly misrepresenting the contents of its “chicken.”

The genetic makeup of Subway’s chicken had originally been called into question by a 2017 CBC Marketplace report, which had a Trent University researcher conduct a DNA analysis of several fast-food chicken sandwiches. While the chicken content in the sandwiches of McDonald’s, Wendy’s, and A&W hovered at around 85 percent (the study explains that seasoning, marinating, or otherwise processing meat brings the number down), Subway’s score was much lower: Its oven-roasted chicken was deemed to be just 53.6 percent chicken, and its chicken strips even lower, at 42.8 percent. The rest was soy.

Subway disputed the allegations, going as far as to pursue CBC with $210-million defamation suit. The foot-long — or is it 11-inch-long? — sub purveyor claimed the study was lacking “scientific rigour,” but the Ontario Superior Court ultimately sided with the national public broadcaster.

When a class action suit against the world’s largest fast-food chain had initially been brought to the Quebec Superior Court in 2019, it had been blocked, but on December 4, the Quebec Court of Appeal authorized it to go forward. Subway’s failure to prove that it had suitably characterized its chicken could mean a reimbursement of the cost of the sandwiches sold during that approximate three-year timeframe, and additional punitive damages, according to a CTV report.

Turns out chicken isn’t the only item on Subway’s menu that may not be totally what it seems. The Irish Supreme Court ruled earlier this fall that Subway’s sandwich bread contains too much sugar for it to be considered bread under the country’s Value Added Tax regulations. According to Irish law, for bread to be regarded as a staple food, and therefore not be subject to tax, its sugar content should sit at a maximum of two percent of the weight of the flour included in the dough. Subway’s sweet, sweet rolls come in at 10 percent, making it seem more like cake than anything else.