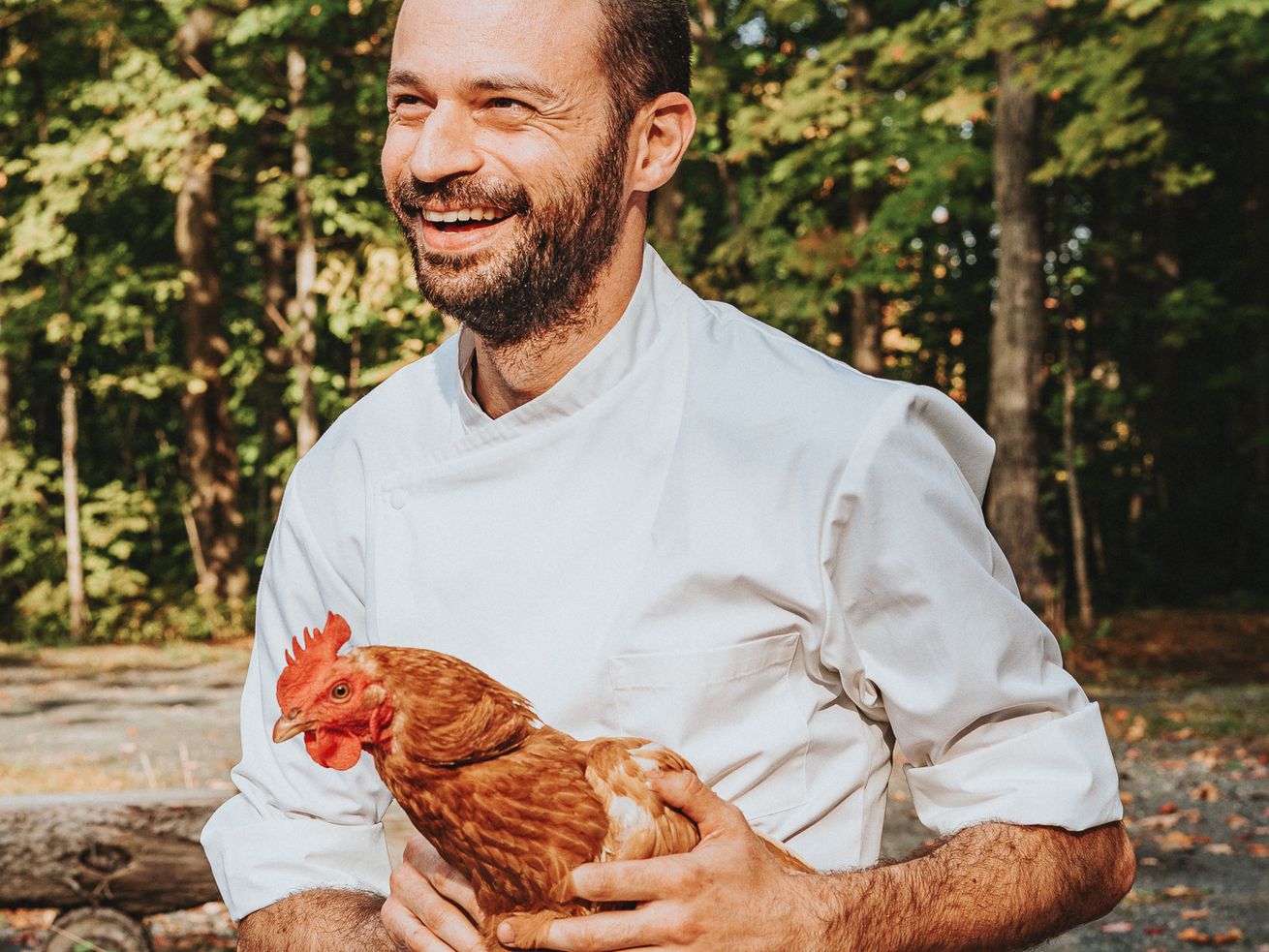 Plus, the Plateau’s new terrasse rules and make-your-own ramen kits

DOWNTOWN — A new restaurant specializing in local cuisine will be landing in the newly minted (though seemingly still under construction) high-rise Humaniti condo tower on Bleury street this spring. Restaurant h3 comes from chef Jean-Sébastien Giguère, an alum of such Montreal icons as Toqué! and Au Pied de Cochon, and more recently at the helm of off-island spots like bistro Coureur des Bois in Beloeil and its sugar shack counterpart, La Cabane du Coureur in Saint-Marc-sur-Richelieu. He’s joined by sommelier Hugo Duschesne, also from Coureur des Bois, and winner of the 2020 “Meilleur Sommelier du Québec” contest.

“Homegrown” seems to be the operative word in this venture, with a press release provided to Eater stating that the restaurant’s talent, furnishings, and ingredients are sourced from Quebec. In the same press material, Giguère is quoted saying that until the opening of h3 he will be directing his focus to “the hen house, our 4,000-tap maple grove, or our Beloeil greenhouse to develop our self-sufficiency.”

A sample menu has yet to be disclosed, but some preliminary photography of h3 fare shows plates with a slight Japanese edge: a vegetable and salmon roll flavoured with koji, the fungus that grows on rice; teriyaki ribs with a dusting of sesame; and Kamouraska lamb encrusted with Nori and topped with garlic scapes, for example.

The last time Giguère’s name was tied to a Montreal restaurant opening was with Bell Center-adjacent 1909 Taverne Moderne, the Habs (Montreal’s NHL team, the Canadiens, for outsiders) mega restaurant project, for which he was named executive head chef. That restaurant received some middling reviews when it opened in 2017, but with Giguère having to contend with management under Cara Operations (now called Recipe Unlimited), a company that also operates chains like Swiss Chalet and East Side Mario’s and does catering for airlines and correctional facilities, he certainly had his work cut out for him.

PLATEAU — Restaurants and bars in the Plateau borough will be allowed to open year-round, thanks to new regulations, reports the Montreal Gazette. Previously, terrasses were required to be half the size of the business to which they pertain, but now they will be permitted to occupy the same amount of square footage as the business itself, extending on to the street, sidewalk, and in front of neighbouring establishments. Outdoor barbecuing will also be permitted. Of course, how this plays out later this year all depends on province-wide coronavirus regulations, which in October required all indoor and outdoor dining be brought to a standstill.

PLATEAU — Guillaume bakery resumed operations on Monday, after temporarily closing its doors to attend to damages sustained from a fire on January 5. In an Instagram post, the bustling bread maker said that its oven was operating at 75 percent capacity, and only dishing up a “conservative” quantity of breads to start. “I don’t like this term [conservative], but am using it to underline our caution,” the caption reads, in parenthesis, and originally in French. Best to call ahead.

OUTREMONT — Tinc Set has officially made the transition from its back-room location in Alma, to the locale next door, formerly belonging to Dépanneur La Maison De Lajoie. The restaurant began serving customers last week, with a dinner menu of its now renowned Barcelona-style rotisserie chicken, as well as tapas, churros, and natural wines. Take note: the spot opens as early as 10 a.m., with coffee and baked goods, and a menu of salads and sandwiches come lunch as well. On the grocery side, expect preserves, olive oil, organic veggies, bread, and of course chicken — though until 3 p.m. only in sous vide form.

LA PETITE-PATRIE — With chef David Pellizzari days away from opening his new restaurant BarBara in Saint-Henri, Moroccan-leaning Petite-Patrie establishment Darna Bistroquet has had to fill the role he left vacant as head chef. Cult MTL restaurant critic Clay Sandhu reports that Alex Henderson, formerly of Nora Gray and Beba, is the one to do it, becoming the restaurant’s third chef in less than two years, but doing so with aplomb.

SAINT-HENRI — As per tradition,Saint-Henri’s preferred artisanal ice cream parlour Dalla Rose has been converted into a ramen shop, going by the name of Ramen 9000, for the winter — though it comes a little later than the usual October opening this year. Diners can pick up the soup warm from Thursdays to Saturdays, or order a $40 make-your-own ramen kit for two online, including noodles, a miso broth, nori sheets, kimchi, bean sprouts, wood ear mushrooms, and choice of protein: marinated egg or tofu.

MILE END — Anyone with a craving for cookies and milk during Quebec’s curfew, which forces grocery stores to close at 7:30 p.m., now has a fix. Laurier Street West baked goods business Livia Sweets is now offering a bundle of fresh-baked chocolate chip cookies and a carton of non-dairy milk. Though the business’ operating hours are from 10 a.m. to 5 p.m, and curfew starts at 8 p.m., Livia is set up to deliver out of multiple dinner-time locations around town, including owner David Dayan’s other businesses: upscale sushi chain Ryu and Mediterranean restaurant Ayla’s ghost kitchen Souk.

Livia Sweets is open at 288 Laurier West from Monday to Friday, 10 a.m. to 5 p.m. Orders can be placed online