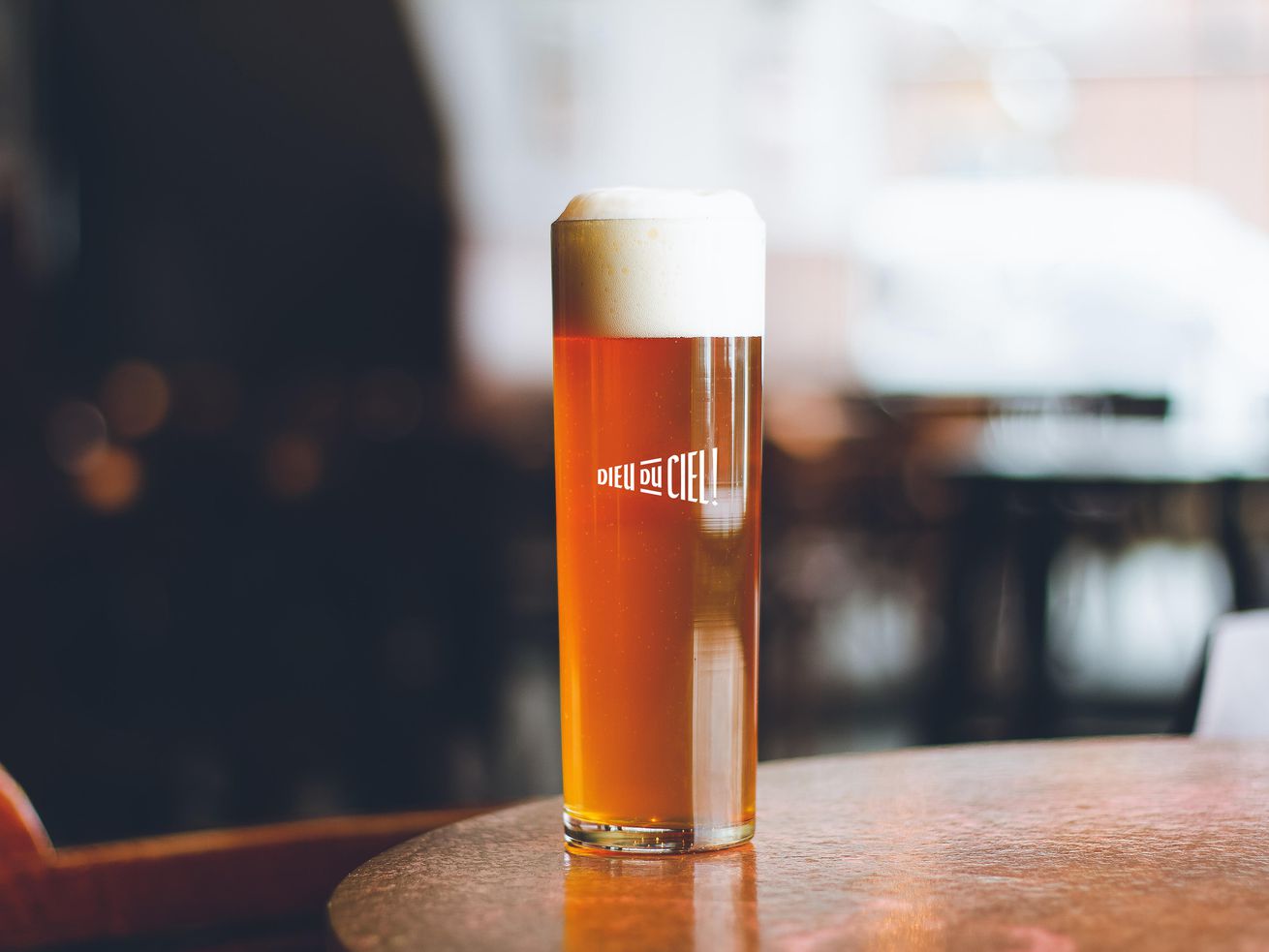 “It’s nuanced, it’s subtle, there’s nothing to hide behind. The brewers are into it, and it’s finally starting to catch on with the public.”

Olivier Dupras saw it coming. At the beginning of 2019, the head brewer at Beaubien Street pub Isle de Garde made a prediction in an interview with Le Devoir: After the rise of ultra-hoppy, hazy IPAs, sugary smoothie beers, and over-the-top pastry stouts, the next big thing in craft beer would be simple, refreshing lagers.

Two years later, he can take satisfaction in knowing he was right. As the pandemic grinds on and Montreal’s brewpubs and brewery taprooms fill cans and growlers for takeout customers only, they are pouring more lagers than ever before. “There are two movements right now when you see beer trends,” says Dupras. “On one side there’s very intense hops — double dry-hopping, things like that. Lagers are a response to the excess that we’re seeing in the hops.”

United by their use of a particular yeast that ferments at cool temperatures, lagers can range from pale pilsners to inky black schwarzbiers, with dozens of styles in between. What they have in common is a smoothness and balance that appeals to brewers and a growing number of beer drinkers.

The upheaval wrought by COVID-19 has played a role, too. “Lagers cost a lot more to make because they take away a lot of the brewery’s resources,” says Noah Forrest, who runs Beerism, a Quebec beer blog. Whereas ales use a top-fermenting yeast that works quickly at warm temperatures to convert sugar into alcohol, lagers use a bottom-fermenting yeast that works slowly at colder temperatures. The reward is crisp, subtle, balanced flavours, but for a small brewery, the logistics of waiting for a beer to mature for several weeks, or even months, can be hard to swallow. “You can pump out four IPAs in the time it takes to make a pilsner,” says Forrest.

The equation changed last year when bars and restaurants shut down at the beginning of the pandemic, which left many brewers with more time on their hands and more capacity in their fermentation tanks. At the same time, many beer drinkers who were stuck at home were less inclined to pop open a barrel-aged imperial stout or high-octane double IPA. “People’s consumption has changed,” says Francis Richer, co-owner and head brewer at Harricana, on Jean-Talon Street, whose restaurant and taproom has been takeout-only for most of the past year. “Luxurious products are less popular, but people are coming in to buy a 24-case of bières de soif.”

Richer says lagers “appeal to a lot of different people” — everyone from “Monsieur et madame Tout-le-monde,” who might normally be fans of Molson or Labatt, to beer geeks who are looking for something simple, but well-crafted, and with lots of variety.

To be clear, this isn’t a trend created by the pandemic — just accelerated by it. Across Quebec, hopheads still rush out to the latest can releases at breweries like Messorem Bracitorium, Brasserie du Bas-Canada, and Sir John, which specialize in full-on, double-dry-hopped hazy IPAs. But even those breweries are making lagers.

“Lagers are the brewer’s beer,” says Forrest — a maxim repeated by every single brewer interviewed for this article. “They respect lagers almost more than anything because you can’t hide off flavours in that style of beer. It’s nuanced, it’s subtle, there’s nothing to hide behind. The brewers are into it, and it’s finally starting to catch on with the public.”

They may be more nuanced, but lagers are no less flavourful than ales. “People often think lagers have to be light and blonde, but with a lager yeast, you can make so many different beers,” says Richer. One of Harricana’s latest beers is the Lager de robe de chambre, a smoky brown lager with strong caramel notes. 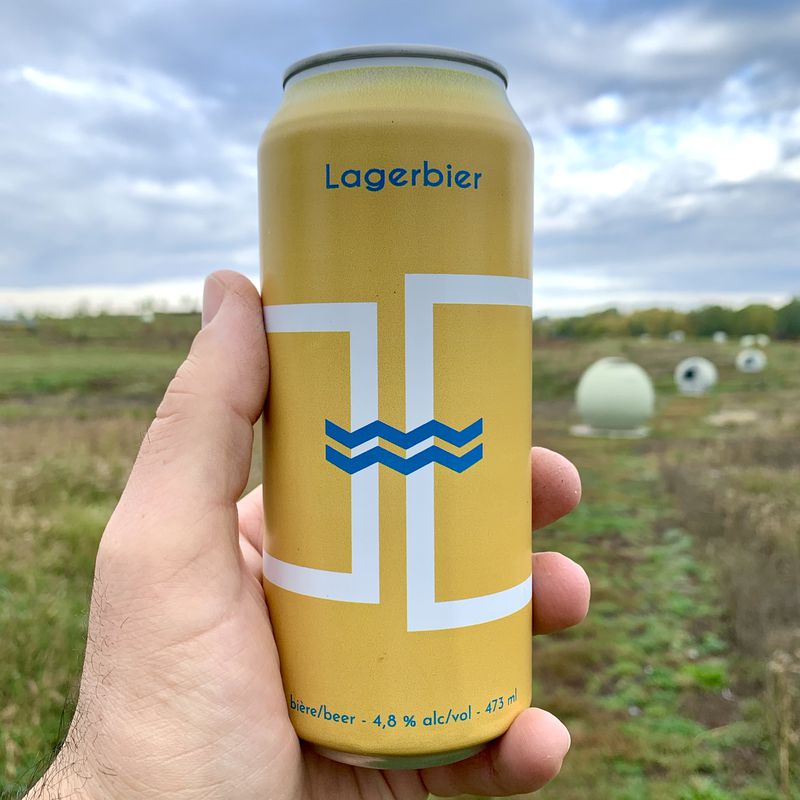 Isle de Garde/SuppliedOver at Isle de Garde, Dupras has a soft spot for lagers rooted in the German region of Franconia. “My two favourites that we make are our kellerbier and our lagerbier,” he says. The first is a cloudy, bready lager with spicy, peppery notes from European noble hops; the second is a golden lager with a malty sweetness. “Usually, when people talk about lagers, they talk about them being clean. We don’t make clean lagers. We make some room for the yeast and the grains to express themselves.”

Laurier Avenue brewpub Dieu du Ciel, which also has a production brewery and bar in St-Jérôme, has always had a strong focus on lagers. But over the past year, head brewer and co-founder Jean-François Gravel has seen them become even more popular than before. “It’s still a niche, but it has become a mature niche,” he says. Last year, the brewery released Boire Prague et Mourir, its take on a Czech pilsner — a maltier, more expressive answer to the mass-produced pilsners made by industrial brewers. Gravel says it has sold well. “And in the summer, we have Lazer Lager, which has a light dry hopping that gives it a kick. We’ve sold a lot of it.”

At Kahnawake Brewing Co., head of brewing operations Andrew Stevens says at least a few of its 12 taps are always pouring lagers. “I’m looking at our tap list and right now we have four of them,” he says.

Until in-room dining is allowed again, those brews are all destined for takeout growler sales. But Kahnawake also began canning its beer last year, which has opened up opportunities to produce even more lagers. One of its most recent releases is a smoked-corn lager made in collaboration with fellow South Shore brewery Champ Libre, which has a taproom just down the road in Mercier. “They built their own smoker and smoked the corn in there,” says Stevens. “It’s really well-balanced.”

Stevens says he was never much of a lager drinker until he began working with veteran Czech brewer Krystof Michalsky, who introduced him to classic European styles. “Once you have the first sip of a really clean lager you just want to have more of those,” he says. “I look for something very easy-drinking, clean, crisp — it has to look good, too.”

That’s a philosophy shared by Jean-Philippe Lalonde, who launched a new brewery, Silo, in the Chabanel garment district at the start of the pandemic. From the beginning, a Czech pilsner called Louvain was one of his flagship beers. He has since expanded his lager program to include a German pilsner called Chabanel, two lighter versions of Louvain — one at 2.8 percent, another at 3.8 percent — and a schwarzbier. 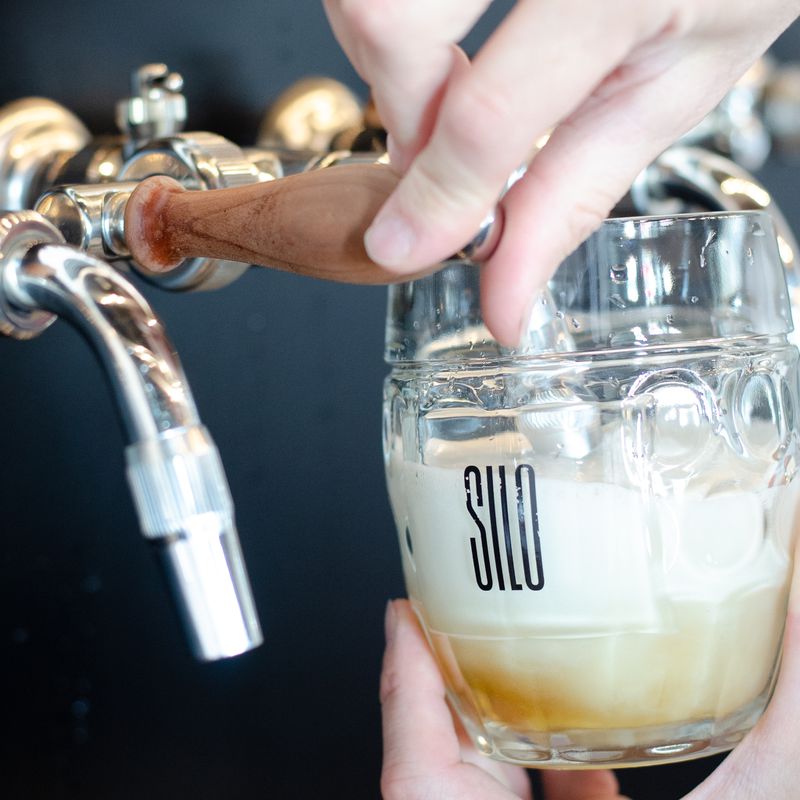 Silo/Supplied“There’s a learning curve when you’re interested in beer, just as with wine or many other things,” he says. “You start off by looking for bold, obvious flavours. That helps us get our bearings. Classic lagers are about nuance. ‘Less is more’ — they’re approachable and complex at the same time. Brewers appreciate them because of the technical work behind the nuances you get in a well-made lager.”

If that’s appealing to a growing number of beer drinkers, too, then maybe it’s because lagers offer something straightforward, simple, and elegant at a time when the world is anything but.