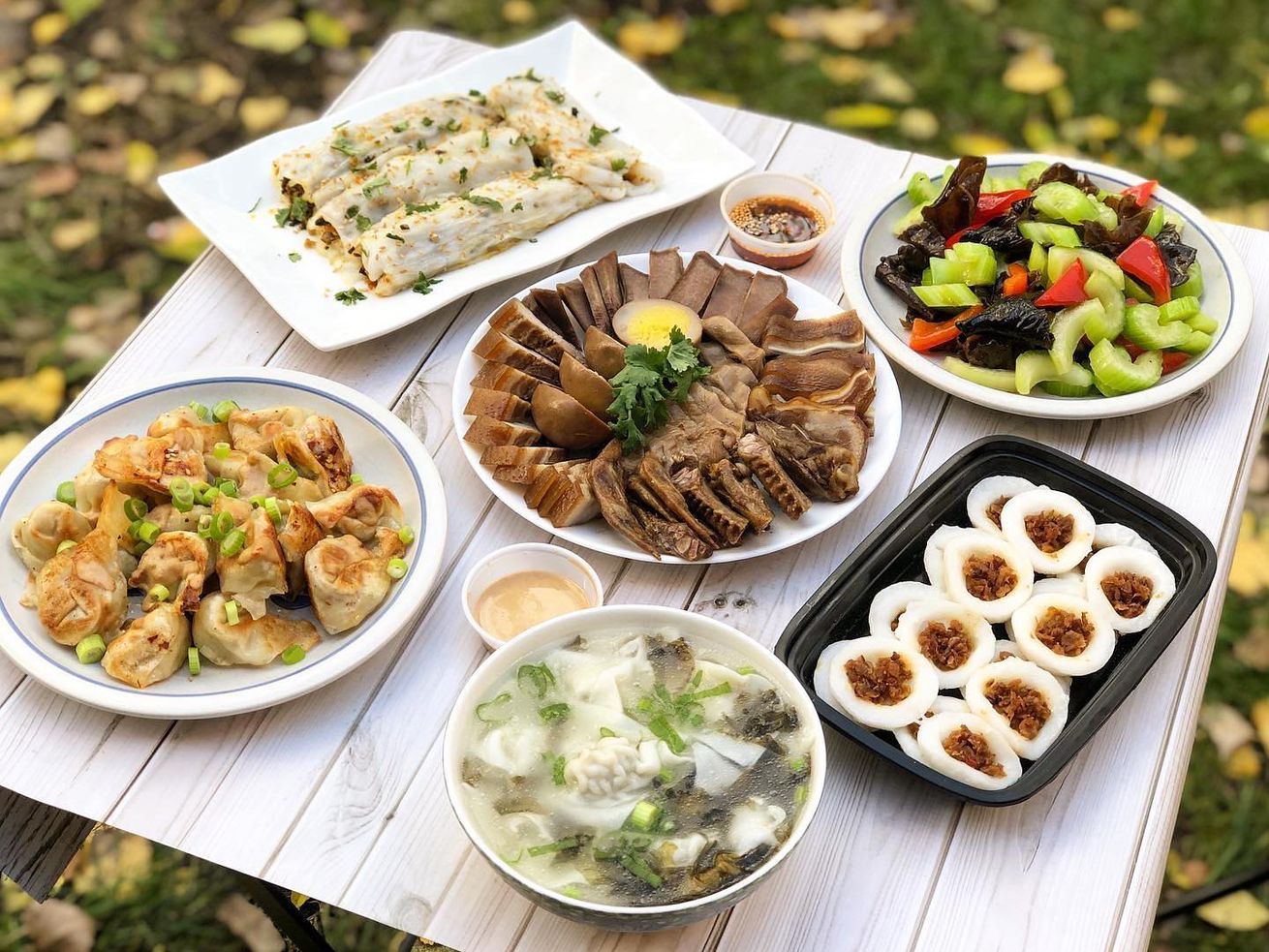 Co-owners Zhezhen Dai and Alexandre Rougerie-Durocher started the business from home six months ago, with Dai’s parents doing the cooking

“Everyone in the neighbourhood is curious,” says Zhezhen (Chanel) Dai, the co-owner of Saint-Henri’s recently opened Teochew Foodie. The compact storefront at the corner of Saint-Philippe and Saint-Antoine West has been newly incarnated as a comptoir stocked with homemade food with roots in Teochew (Chaozhou), China.

Teochew cuisine is a southern Chinese style of cooking: light on oil and salt, ingredients that are primarily poached, steamed, and braised, and a rare find outside of the home setting in Montreal. Dai and her partner (in life and business) Alexandre Rougerie-Durocher set up Teochew Foodie with her parents, Qiu Sheng and Ying, recent immigrants to Montreal who had always wanted to open a restaurant in Chaozhou but never had the chance. Dai and Rougerie-Durocher met in China 10 years ago when he was an exchange student; their love of Teochew food is at the heart of their relationship — personal and business.

On the menu at the comptoir is a range of frozen rice noodle rolls and wontons that can be microwaved, boiled or steamed, dipping sauces and soup bases, fresh salads, and lou mei, often thought of as one of the most distinctive elements of Teochew food. Served with rice, rice noodles, or soup, lou mei refers to a range of meats, offal (think chicken feet, duck gizzards, pig intestines and ears), and boiled eggs, all braised in a distinctive master stock. These savoury bites are matched with Teochew Foodie’s homemade chili oil, on offer with two options for spice level. “We chose traditional dishes that we love and that we felt we could cook here, with local ingredients,” Dai says.

Dai and Rougerie-Durocher started the business from home six months ago, with her parents doing the cooking. A loyal following developed, thanks to a strong social media presence, including on the online Chinese language app WeChat. The product line expanded, including seafood, meat, and vegan options; customers could either pick up at set locations or have their order delivered. Moving production out of the kitchen, finding a space, and getting official status were slowed down slightly by COVID-19, but the opening this past weekend exceeded the family’s expectations, with customers already returning for more.

“It’s a different concept,” says Rougerie-Durocher. “We’re selling homemade frozen food. But it’s not industrial, and we’re not caterers. You’ll need to prepare a little bit at home. You could think of it as a different kind of grocery store.” For those unsure how to prepare the wontons, Dai and Rougerie-Durocher have put a series of videos online that go through the steps, including how to mix their sauces. To round out their offerings, the store’s fridge is full of Fous de l’Île kombucha, and the shelves are lined with Café Bloom’s jams, their (less spicy) hot sauce, and chocolates from Whipped Delights.

“We’re really here for the people who have limited time, but want to eat healthy in our neighbourhood,” says Rougerie-Durocher. “Especially the young families. Every time we’ve sold the dumplings to a family, we’ve gotten feedback that kids love it.”