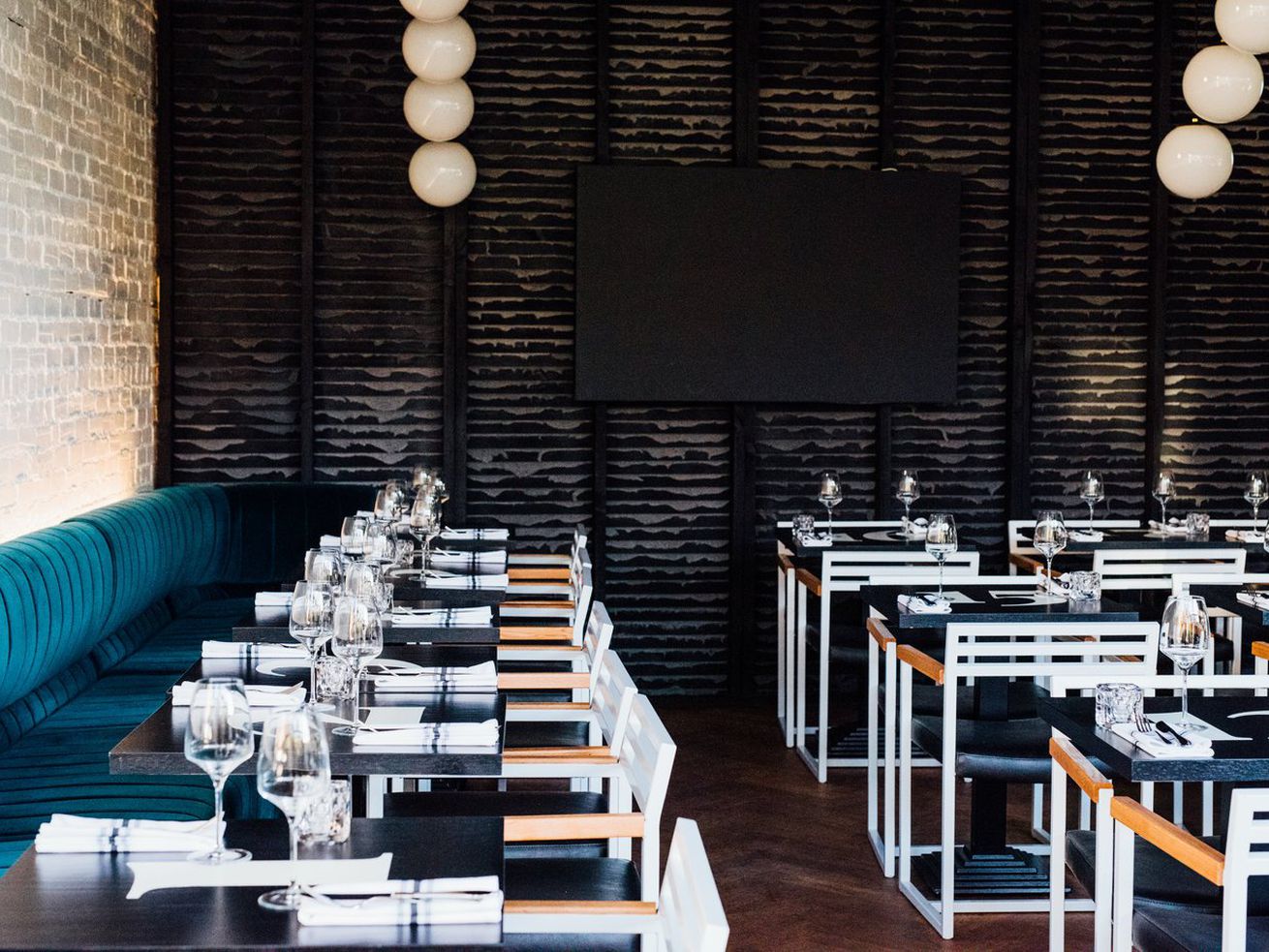 Valentine’s Day weekend is usually a balm for Montreal restaurants reeling from a post-holiday slowdown. This year, dining rooms closures have eclipsed the festivities, with celebrations scaled-back to takeout and delivery significantly biting into profits. But for a couple of Griffintown restaurants that were the targets of break-ins, the weekend brought more loss.

On Sunday, February 14, chef-owner Kimberly Lallouz of Notre-Dame Street’s Le Bird Bar posted a story to her Instagram account saying that her fried chicken restaurant had fallen victim to a break-in and robbery. Footage shared from security cameras shows that the incident occurred on Sunday morning, 12 minutes past 5 a.m., right after Quebec’s nightly curfew was lifted. “Cause it’s not hard enough as it is,” Lallouz wrote in the story.

Thought the bottles, iPads, and T4 tax slips that were stolen amount to perhaps just a couple hundred dollars, Lallouz tells Eater the resulting impact on her restaurant was far greater. “There’s the security damage and the risk of identity theft caused by taking the T4s, and by stealing those iPads, we could not take delivery orders from clients on Valentine’s Day night, of all nights,” she says. Bird Bar remained open for takeout nonetheless.

“Every last drop counts until we can become a fully functional restaurant again. We’re all just trying to survive,” Lallouz says, adding that this is the second break-in Bird Bar has sustained since the start of the pandemic in March. “But even though we are all suffering, any one of us would be willing to help someone with food or whatever might be needed. Just don’t break in.”

Two days prior, in the early hours of Friday, February 12, another Griffintown restaurant, Mauvais Garçons had also suffered a burglary, with the culprits reportedly walking out with a cash register and iPad, and causing approximately $3,000 worth in damages. Photos posted to the restaurant’s Facebook account show shattered glass from a broken window, and the brick responsible for the deed on the floor below.

“I feel like the curfew was a big part of it because there’s no one around. Someone could smash a window and there’s no one even paying attention. Everyone’s inside, and even if the alarm goes off, they can steal what they want within a minute or two before the police even comes,” says Robert Goldberg, one of the owners of the restaurant. It’s a sentiment shared by Josh Hsieh of Chinatown dim sum purveyor Impérial, which was was robbed the previous weekend.

In this case, the incident occurred approximately 30 minutes after Mauvais Garçons workers left the scene a little after midnight, with the thieves fleeing shortly before police arrived. Goldberg says the team had stayed late that night to prepare a large Valentine’s Day order for restaurant meal delivery service Les Weekendeurs.

“The timing was the worst, and basically all the money we made on Valentine’s Day is going into fixing everything. I guess it’s also kind of good because we actually had some income coming in to cover the damages,” Goldberg says.

According to Goldberg, another restaurant, across the bridge in Pointe-Saint-Charles, was also targeted on February 12, sustaining similar damages. Some weeks earlier, a pub neighbouring Mauvais Garçons had also been broken into, Goldberg says, adding that after hearing about that incident his team had decided to leave a light on to stave off anyone thinking to do the same to them.

Data released in November by Statistics Canada, shows that reported non-residential breaking and entering crimes in 17 police jurisdictions across the country (including Montreal’s) had dropped by 16.7 percent in the period of March to October in 2020, compared to the same period the year before. But restaurants have been more vocal in recent weeks about some incidents that they’re attributing to quiet, curfew-ridden streets and inactive dining rooms.

In response to Eater’s response for comment, the Montreal police provided the following (in French, but translated here), “Our statistics are not broken down in a way that allows us to know the number of thefts in a specific type of location such as a restaurant. With that said, we are not able to provide further details indicating the effects of the pandemic and the curfew on the number of restaurant thefts.”

Goldberg says he isn’t letting the incident get to him. “It’s really frustrating, but this whole COVID pandemic thing is already frustrating in itself, so we are trying to keep a positive outlook and just keep on trucking, and roll with the punches. We even saved the rock that broke the window. We named it Dwayne Johnson, and kept it as decoration in our restaurant.”