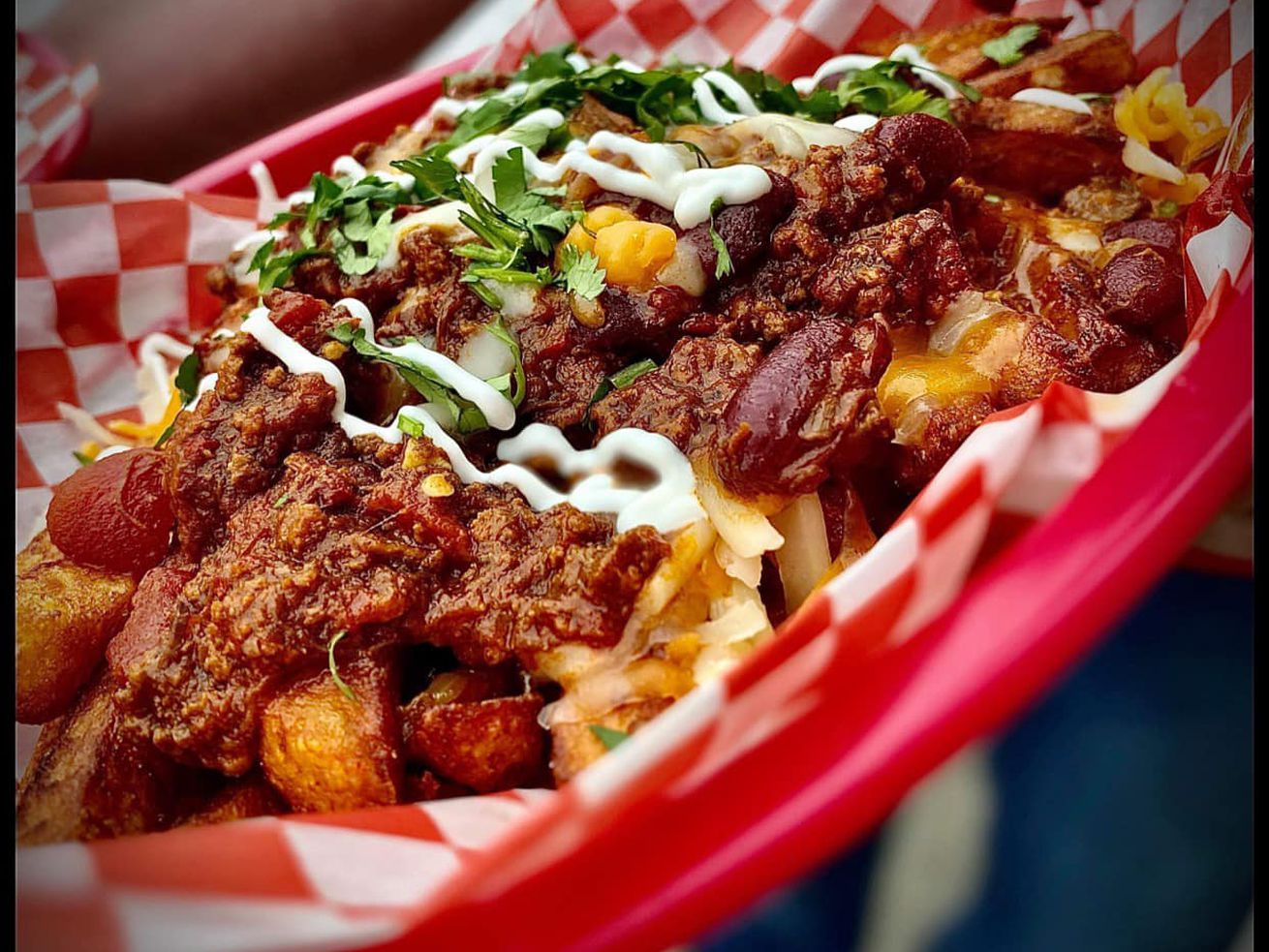 TÉTREAULTVILLE — As of February 5, a new “urban canteen” will be operating out of a far eastern stretch of Hochelaga street, past Honoré-Beaugrand metro station. The project comes from chef Simon Jodoin Bouchard, better known as Simon De L’est (a reference to his being born in Mercier-Est), the creator of the molasses- and whiskey-infused SJB sweet and spicy barbecue sauce, and the co-author of the book Le Barbecue pour les Nulsa Quebec edition from the For Dummies series. (According to La Presse, Jodin Bouchard first became enamoured with American barbecue after watching a show on the Food Network, which led him to go out and buy himself a smoker.)

His latest venture, called Chez Simon Cantine Urbaine, trades in barbecue for a diner-style menu of other all-American classics: smashed burgers on potato rolls, patty melts, chili cheese fries, and hot dogs. The fare stands in opposition to the commonplace poutine-slinging casse-croûtes that dot the city, but strikes a similarly cheesy cord. Chez Simon’s Tétraultville locale previously belonged to family-run taqueria Nopales, which on December 20 posted to its Facebook account news of its closure. (Nopales owners Margarita and Walter decided to trade in the restaurant life for an undisclosed travel-related project.)

SHAUGHNESSY VILLAGE — Pad Thai lovers and Concordia students, rejoice: It appears that 35-year-old Thai eatery Cuisine Bangkok will be reopening in Faubourg St-Catherine, after being pushed out of the premises in 2016. Following that closure, Cuisine Bangkok landed itself another location in the Village in 2017. However, with the Google business listing for that address now reading “permanently closed,” fans will be happy to hear that a new venture, by the name of Mama Bangkok, will be taking up residence, once more, in the Faubourg food court, according to the restaurant’s response to a commenter on Facebook. More details to come.

Posted by Cuisine Bangkok on Tuesday, January 12, 2021>VERDUN, MILE END — Just when we thought the number of fried chicken purveyors in Montreal had hit its tipping point, a new option has come to the fore. According to a job posting on its Facebook account, new fried chicken mini chain Jack Le Coq will specialize in “comforting Quebec cuisine” executed with “high-quality equipment and technology.” Locations plastered with Jack Le Coq signage have been spotted in the Mile End, a block away from St-Viateur bagel, and on Wellington in Verdun. Openings slated for February.

OLD MONTREAL — The space that once housed old-school, no-frills Mcgill Street diner Plaza McGill has a new occupant, 49th Parallel coffee roasters, according to an Eater tipster who spotted the signage on the vacant storefront. The Vancouver-based company was founded by brothers in 2004, and has since opened three brick-and-mortar locations, all within the city from which it hails. In Montreal, the coffee has amassed a loyal following from being served at the likes of Café Myriade, Melk, and Hoche Café. The opening of its first standalone storefront out of British Columbia is expected to come this spring.