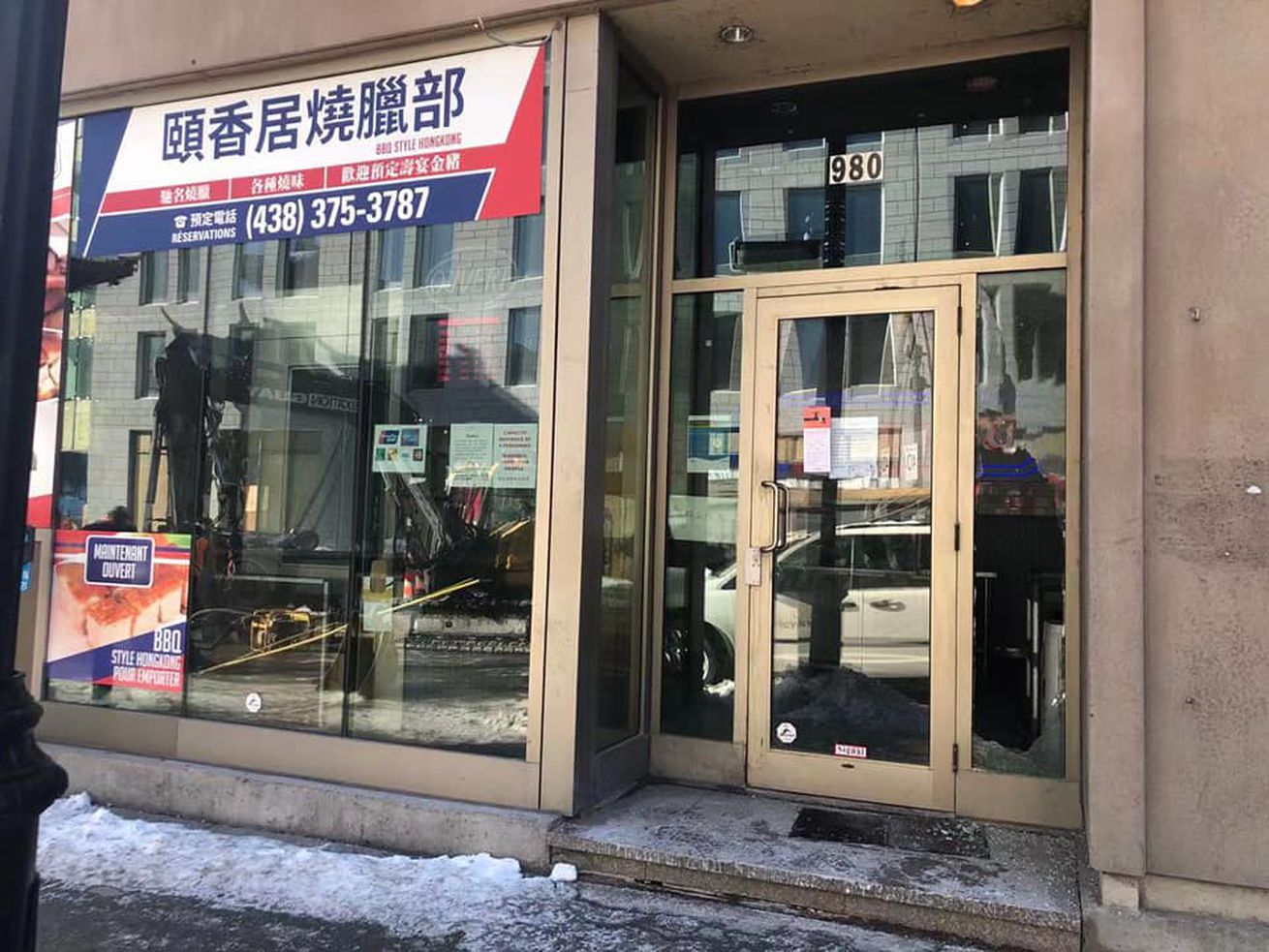 “It’s already a really hard time for business owners, and now this has created extra costs for us”

Popular Chinatown dim sum restaurant Impérial suffered a break-in and robbery on Sunday night, according to a Facebook post shared on its page yesterday. Photos included in the post show shattered glass and the restaurant’s pick-up and barbecue counter on the ground floor of Swatow Plaza in total disarray; its cash drawer was stolen.

Josh Hsieh, one of the owners of Impérial and its neighbouring barbecue counter Charsiu, says video security footage shows nondescript figures wearing masks and large jackets breaking into the Saint-Laurent boulevard space and taking a cash drawer containing $500 within just a minute.

“They broke in at around 9 o’clock at night,” Hsieh says. “Because of the curfew we finish at around 7 p.m. The street was empty, with no police or anything. They knew there wouldn’t be anyone seeing from the road. It was a good opportunity for them.”

Hsieh says the restaurant decided to post about the robbery on social media to warn other Chinatown business owners of the added risk posed by emptied streets during Quebec’s province-wide curfew, which went into effect exactly a month ago. “I think the police could be doing more surveillance in the area,” he says.

Our pick-up counter has been broken into last night. The place is a mess with items and our cashier being taken away …

Posted by Restaurant Impérial on Monday, February 8, 2021>Vandalism and robbery have beset Montreal’s Chinatown since the start of the pandemic, with some incidences tied to racism and anti-Asian sentiment. Early on in the pandemic, the lion statues that stand at the entrances of Chinatown were defaced, and in October, six stores in Place du Quartier on St-Urbain were broken into.

“Fortunately, at that time, we were safe. But now, this time, it was us. I haven’t heard of any others yet. Maybe this is the first one after curfew, but everyone has to pay attention. We want people to know how dangerous it can be after curfew,” Hsieh says.

While Montreal restaurants are permitted to conduct delivery during curfew, Hsieh says after doing so for a couple days, the restaurant and its workers decided it wasn’t worth the risk. “There was one or two orders a night, so we decided not to do it. We couldn’t even afford the salaries,” Hsieh says.

Hsieh and his team had been further dissuaded after hearing about evening-shift workers from online meal-kit company Good Food who were ticketed — even though they were carrying the required documentation provided by their employer — while waiting for their bus home just past 8 p.m. “Getting involved in that type of complicated situation didn’t feel worth it, so we decided to close in time for everyone to get home by 8 p.m.”

Hsieh says Impérial’s business has dropped by a crushing 80 percent compared to before the pandemic, and that the added setback of a burglary certainly doesn’t help. “It’s already a really hard time for business owners, and now this has created extra costs for us. It’s pretty painful, but life has to go on. I just hope this pandemic will be done soon.”