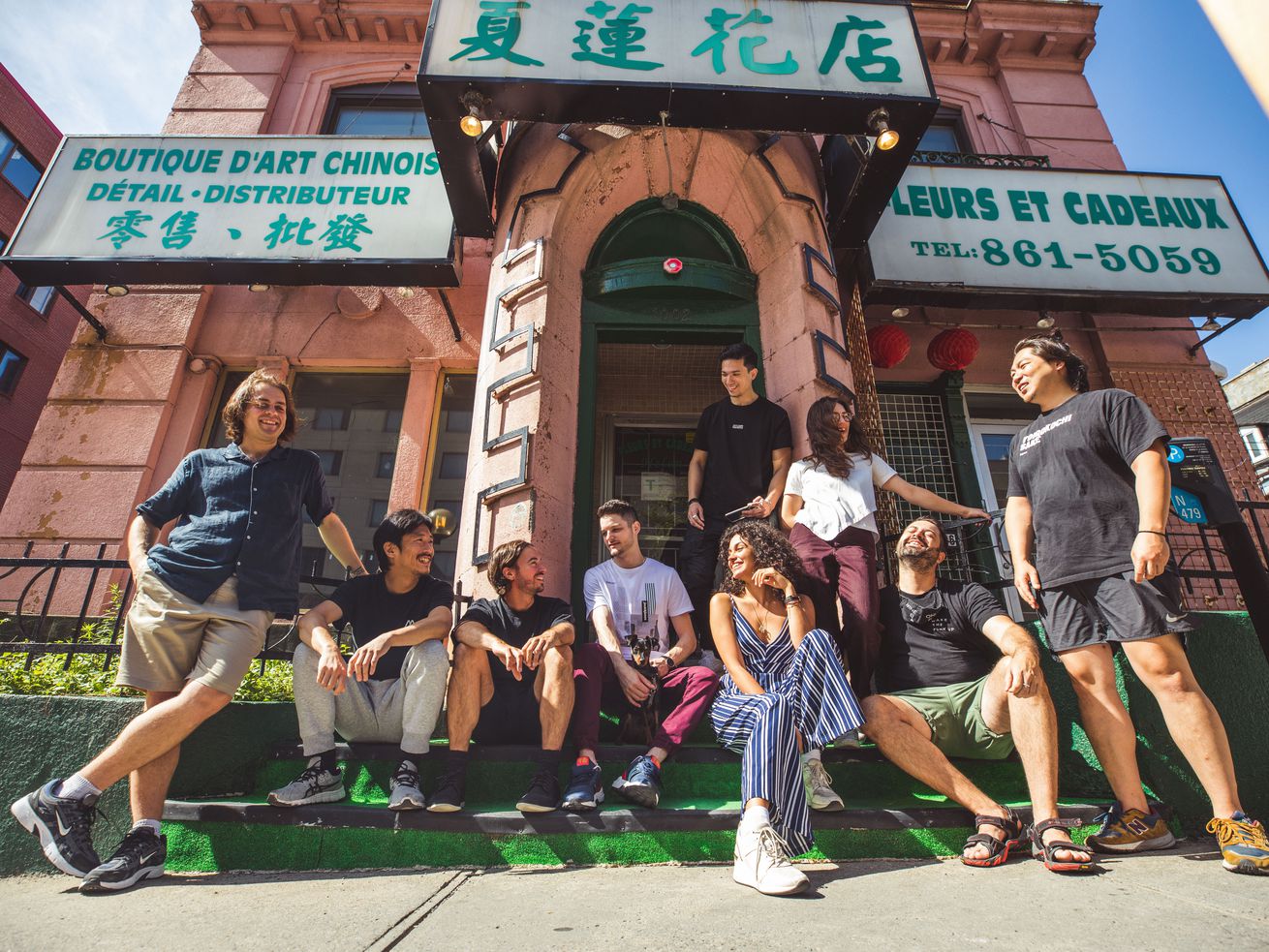 New Chinatown snack bar Fleurs et Cadeaux was open for a scant two weeks before a troubling rise in coronavirus cases in Montreal forced it to flip the script to takeout on October 1. During those early days, a small team executed eight dinner services while adopting what one of its owners, David Schmidt, is calling a “decentralized” approach.

What if instead of having someone in charge of the front of house and another of the back of house, you had a panoply of managers each responsible for fewer tasks — and maybe no real front- or back-of-house at all? Thinking of the inherent connection between the design of a space and the behaviours it invites, Schmidt began toying with the idea of a restaurant layout that would support that.

The yakitori grill, sashimi station, café counter, and bar are centrally located in the space, so that those prepping food and beverages are, by virtue of their placement, necessarily part of the service team, too. “What this does is creates less of a divide between the front-of-house staff and the kitchen. It puts the onus on everyone to participate in more facets of the business,” Schmidt says. “And then, when it is time to make a decision, more people have opinions and more are involved, and the end result is better for it.”

Tips are also split equally all around and base salaries are kept at around the same range. If animosity manages to brew nonetheless, Schmidt hopes it could be addressed by redistributing tasks or otherwise tweaking the setup: “So far, it looked like it was working super great, but we’re still in the embryonic stages.”

Schmidt encountered the philosophy of decentralization from books like Frédéric Laloux’s Reinventing Organizations, atreatise on non-hierarchal collaboration and decision-making in the workplace. “I bought a bunch of books on the topic,” Schmidt says, “but that one really gave me the push to ask, ‘Why aren’t we doing this in the restaurant industry?’”

After floating the idea with some colleagues, Schmidt came to understand that there simply wasn’t much of an appetite to dismantle the calcified rungs of the restaurant chain of command in Montreal. “It’s really hard to get anyone else on that bandwagon,” he says. “I’ve talked to other restaurant owners and they’re like, ‘No, no, you need smart people in charge and that’s it.” 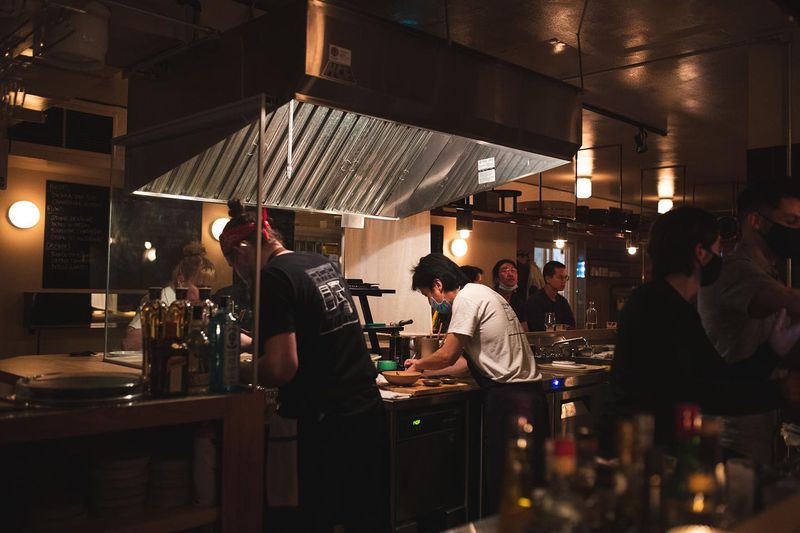 Fleurs et Cadeaux/FacebookSchmidt’s peripatetic career has seen him involved in a dizzying number of restaurant and bars (Datcha, Le Mal Necéssaire, Tiradito, Pamplemousse, Denise, etc.) since opening his first, Le Chien Fumant, in 2009. With each one he seems to have come one step closer to the decentralized approach enacted at Fleurs et Cadeaux. “I think I’ve actually been trying to do this more and more from business to business; I just wasn’t always able to put it in words.”

At Tiradito, which opened in 2016, there are no tables: Just a long bar counter that encircles a central area where chefs prepare food and drink, as though actors on a stage. And at Park-Ex’s diminutive Denise (which reopened this summer as a wine bar) not sharing the workload is nearly impossible. Pocket-sized diner Patati Patata was a big inspiration for the latter, Schmidt says: “The guys that are cooking your burgers are also punching in the orders and asking you if you want a glass of wine. They handle everything. I knew somebody that worked there for a while, and it seemed really rewarding. It’s also kind of screwed up how efficient it is.” 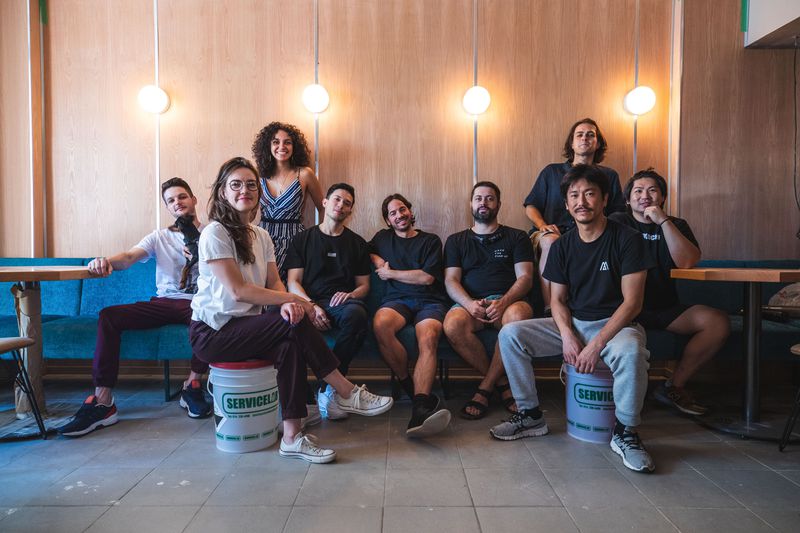 Fleurs et Cadeux/SuppliedLike the management, the ownership of Fleurs et Cadeux is similarly dispersed, with those holding shares in the business also pitching in at different capacities. These include chef Tetsuya Shimizu (Pastel, Marusan) responsible for the food menu; Sebastien D. Langlois (Buvette Chez Simone) who oversees wine, sakes, and beer; Kris Guilty (La Rama Records) and Hideyuki Imaizumi (Marusan) on music; and others.

In some ways, even the previous owner of 1002 St-Urbain, Mr. Wong, who operated a flower shop in the space for the past 30 years, got a say: The team decided to keep his business’ name, signage, and even the same salmon pink facade. “It’s a very old building; we can trace it back to the 1800s, so keeping some of the original elements of this recognizable Chinatown staple felt like the respectful and proper thing to do,” Schmidt says. 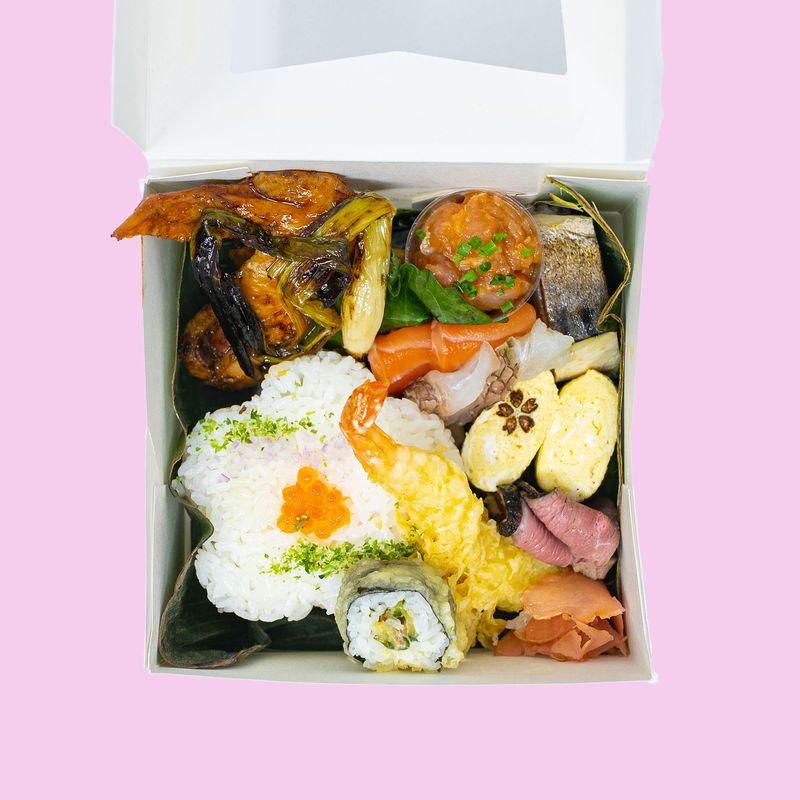 Fleurs et Cadeux/SuppliedIntegrating into the Chinatown community is something Schmidt, a white Québécois man, has been working on since opening Le Mal Necéssaire a couple blocks over in 2014. At the time, he joined the Chinatown Merchants Association, with which he continues to participate in meetings. When it was time to purchase supplies and equipment for Le Mal Necéssaire, he sourced as much as he could from the local community. “If we were going to benefit, everyone in the area should, too,” he says.

And when the idea of serving Japanese fare — think chirashi bowls, curries, and bento boxes courtesy of chef Tetsuya Shimizu — out of a Chinatown locale began to germinate, the team felt they needed the approval of those operating in the area. “We asked a bunch of different shopkeepers around here if we had their blessing to serve Japanese food out of this building,” Schmidt says. “I don’t think the project would have gone through if they would have said, ‘We don’t want that. It doesn’t fit in our community.’ We would have had to change our mind. But that’s not the reaction we received at all.”

Fleurs et Cadeux is open for takeout Tuesday to Saturday, from noon to 8 p.m.