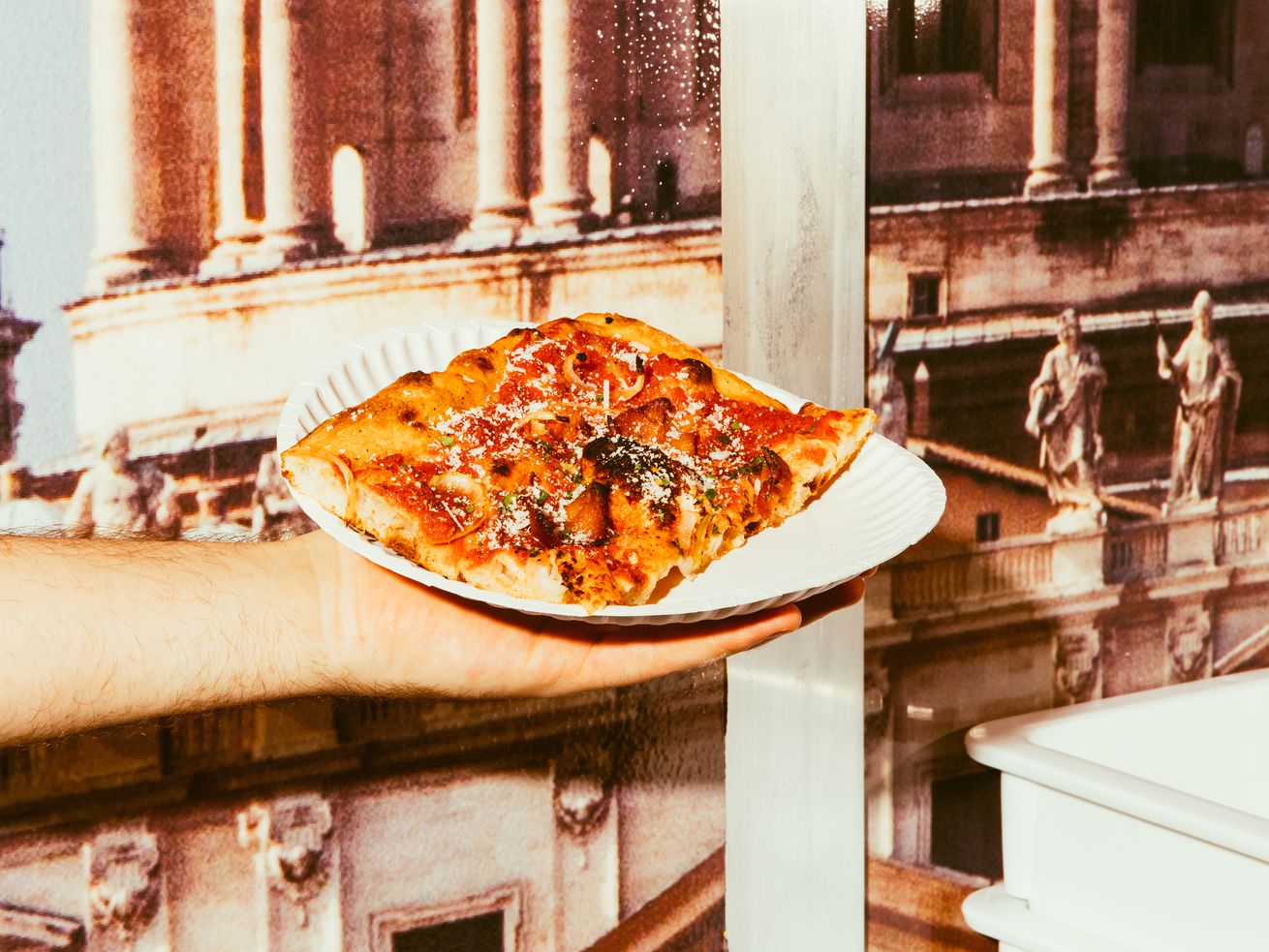 Roman-style al taglio (by the slice) pizza has made its way to Park-Ex, with the opening of Segreta on the relatively industrial Beaumont Avenue strip last week.

Richie Ourichian, Segreta’s owner and pizzaiolo, is effusive about the rectangular pan pizza style, characterized by its crisp, yet tender crust, interspersing of air bubbles, and a thickness designed to sustain virtually any topping combination. Unlike the more delicate Neapolitan variety, Roman-style pizza is “a canvas you can put anything and everything on,” he says. “It’s all about the dough. It’s always been about the dough”

And though Ourichian believes “anyone can dress a pizza,” he does so particularly well, offering half-meter slabs studded with toppings like spicy Italian sausage, diaphanous potato slices, smoked caciocavallo cheese, and of course the requisite drizzle of extra virgin olive oil throughout. The pies, baked in large rectangular cast iron trays, are artfully displayed, as are a selection of Italian grocery items — think imported organic pastas and Calabrian dried rosemary — that line the shelves at his 900-square-foot space, on the corner of Hutchison. 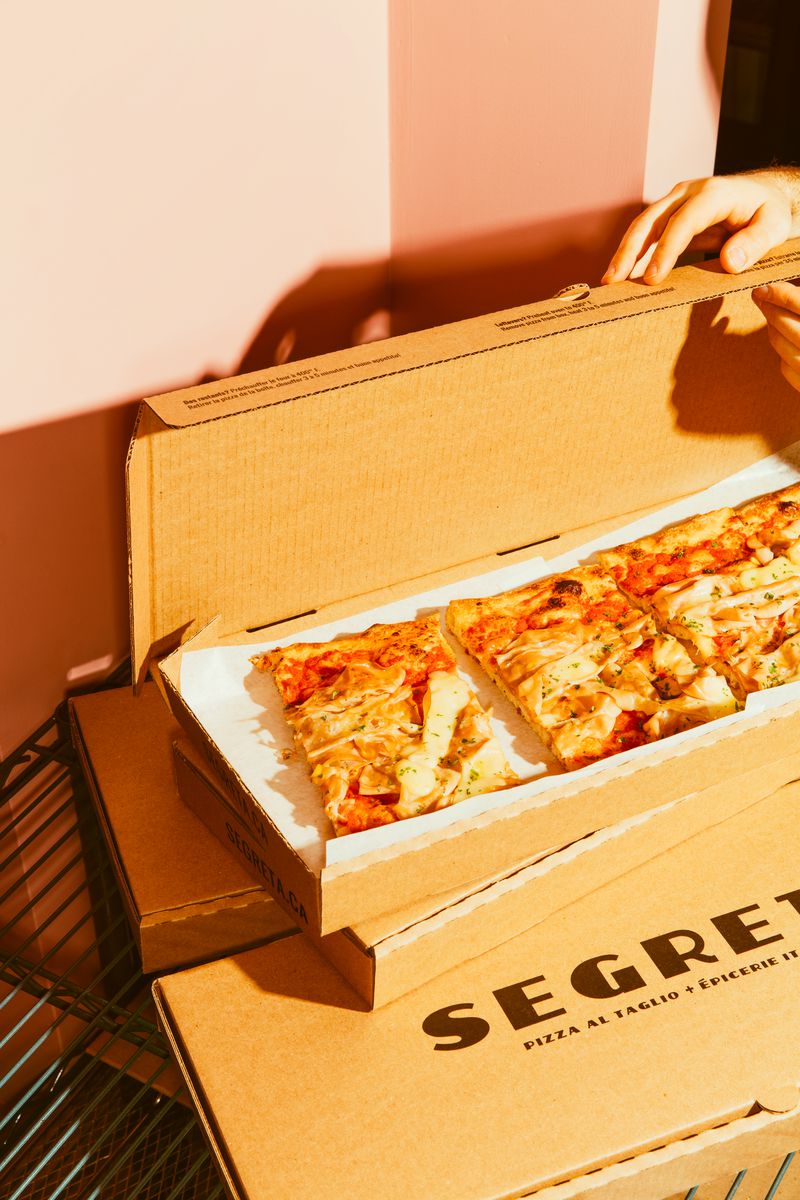 Segreta/SuppliedLike Normand Laprise’s Beau Mont and wine bar Denise, Segreta is part of a newer wave of entrants to the neighbourhood’s dining scene, largely made up of eateries serving up traditional Indian curries and heaping platters of Greek souvlaki.

But Ourichian is no newcomer to the area, having lived mere blocks away from where Segreta is now, for 10 years, after immigrating to Montreal with his parents and two brothers in 1978. He’s spent much of his adult life working in the shoe cobbling business, up until recently running a shop in nearby Rockland Center alongside his brother (who now operates it alone).

It was in the early days of the pandemic, when his family’s shop, like all non-essential businesses, was ordered closed, that Ourichian began to seriously entertain the idea of professional pizza-making. With the extra time on his hands, he started baking from home, posting to social media, and attracting the attention of friends and family eager for a taste. “One thing led to another and I was at 200 pizzas in two months. My wife was going nuts because our home fridge was filled with dough, and we had to eat out all the time.” 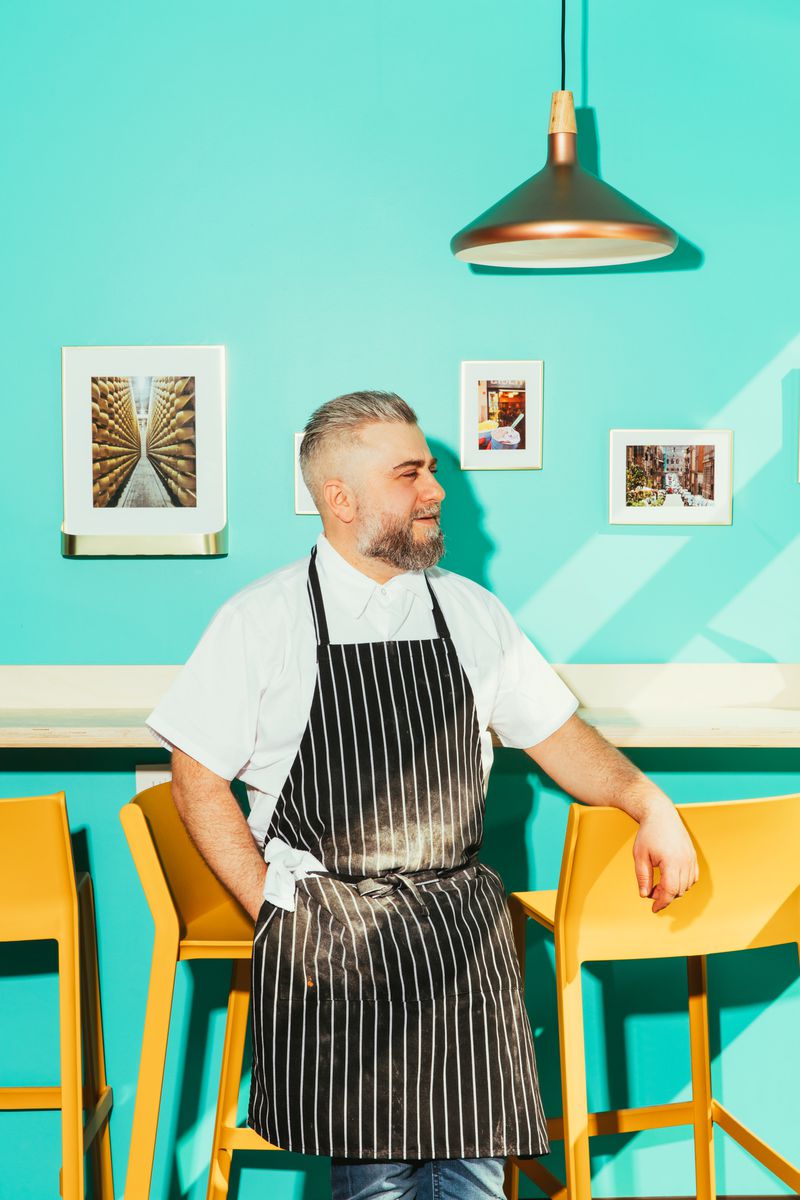 Segreta/SuppliedRichie Ourichian, Segreta’s owner and pizzaioloOurichian abides by a drawn-out cool fermentation process that takes between 72 and 96 hours to yield an airy, yet sturdy crust, whose high hydration content is said to make for easy digestion. “When you eat our dough, you won’t bloat. You might feel full because you’ve been stuffing yourself, but you’ll digest it in 30 to 40 minutes — no problem.”

It’s a technique he picked up in 2019 at the Roman Pizza Academy in Miami, under the tutelage of Massimiliano Saieva, himself a student of Angelo Iezzi, the president of the Associazione Pizzerie Italiane, who is largely attributed as the originator of cold-fermentation pizza-making.

A first-time restaurant owner, Ourichian says he’s had to learn all the basics of running this type of venture, much less contend with the upheavals brought on by the pandemic, but that regularly submerging his hands into mounds of sticky dough has helped to keep him grounded. “A lot of my friends told me, ‘You have a running business with your brother, why are you going into something you’ve never even done before?’ And I tell them, “I’m happy, that’s why.”