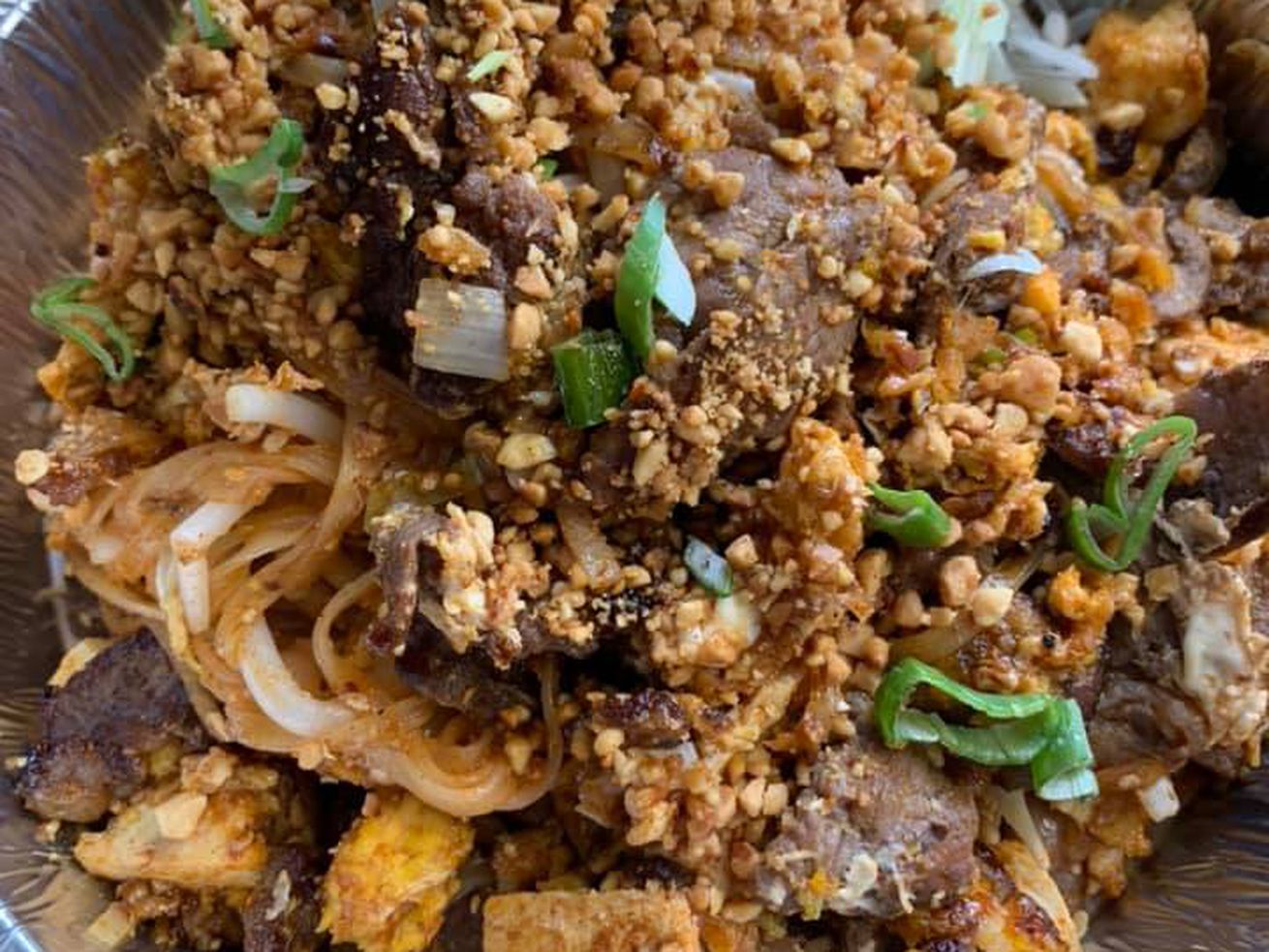 SHAUGHNESSY VILLAGE — Thirty-five-year-old Thai eatery Cuisine Bangkok has circuitously made its way back to the Faubourg Ste-Catherine complex downtown after a three-year stint in the Village. Now going by the name Mama Bangkok, presumably in honour of the women whose been at the helm of the operation for decades, the restaurant continues to offer its much-loved imperial rolls, red and green curries, and mounds of stir-fried Pad Thai. (Something else that hasn’t changed: The option to choose between five degrees of chili pepper spice.)

Cuisine Bangkok had been squeezed out of the Faubourg in 2016, landing at a new location on Sainte-Catherine Street East the following year. Last year, amid the pandemic, that location quietly closed, giving way to news about plans for Mama Bangkok in January 2021. The restaurant posted about the comeback on Facebook, but have since deactivated the Cuisine Bangkok account and started a new one under the Mama Bangkok moniker. It’s been serving diners since February 24 at its takeout counter in the Faubourg, also home to chef Antonio Park’s beer garden Kampai (temporarily closed), hot pot restaurant Fondue Chinose Express, and an outpost of Korean restaurant chain Mon Ami.

The Faubourg, seemingly always in a state of flux, appears to be on the brink of yet some other developments. At the moment, controversial Montreal real estate firm Shiller Lavy is advertising four commercial rental spaces in the Shaughnessy Village complex (at an undisclosed price), and Sutton Group has another going for $5,500 a month. Stay tuned for what’s to come of these.

OLD MONTREAL — One of the city’s two outposts of Toronto-imported vegan breakfast and lunch haunts Kupfert & Kim has been replaced by a new project from the same owners, with the same animal-free sensibilities. Burger Fiancé opened last week on Notre-Dame Street, near Square Victoria, with a pared-down menu of burgers — fried “chicken,” “pulled pork,” and a basic cheeseburger with two plant-based patty options — and sides of kimchi fries, cauliflower bites, and onion rings. With near-perfect reviews on Google and a couple of sold-out days already last week, the vegan burger joint seems to be doing exceedingly well, even as the area continues to reel from the one-year drop in office workers and tourists.

OFF-ISLAND — Two Walmart locations in Quebec, one in Lachenaie and one in Saint-Constant, will be testing grounds for the big box store’s foray into ghost kitchens, a result of a recent tie-up with Ghost Kitchen Brand, a company that brings together multiple food brands to establish low-overhead, delivery-only restaurants. The first Walmart store in Canada to be outfitted with a ghost kitchen is in Ontario, where customers may already order takeout from brands like Quiznos, Beyond Meat, Taco del Mar, and Ben & Jerry’s, all from a single touchscreen after completing their shopping rounds. Similar brands are to be brought to the two Quebec locations at an undisclosed date,La Presse reports.

TÉTREAULTVILLE — Hochelaga Street rotisserie Le Coq de L’Est is moving — a whole two blocks east. Slightly further into the eastern depths of the island, the locale previously belonged to restaurant Malay Thai, and will reopen serving the same menu of rose-coloured bird and fried ribs by next week, the restaurant posted on Facebook.

OLD MONTREAL — With Montreal bars mandated wholly closed (without to-go cocktails) since October 1, the team behind Stillife cocktail bar has decided to repurpose its space for a takeout pop-up called Verdura. Stillife mixologist Gian Paolo De Riggi (formerly in the kitchens of buzzy Italian restaurant Beatrice and Old Montreal’s Helena) is at the helm of the bar’s diminutive kitchen, cranking out a selection of salads, sandwiches, and warm dishes spotlighting all that is grown from the ground — think fennel and white bean salad with arugula and blood oranges and an eggplant parm draped in mozzarella and parmesan. If the project proves successful, permanent locations may follow suit,La Presse reports.

LA PETITE-PATRIE — The owners of all-day breakfast and Malagasy eatery Tsak Tsak have wound down operations at their Beaubien Street location for reasons related to their landlord and neighbours, a Facebook post from the restaurant says. The restaurant has temporarily moved its staff over to the premise of its Mile End brunch restaurant L’inconnu on St-Laurent, but is hoping to find a second location in Rosemont-La-Petite-Patrie to continue to bring its medley of everything from buckwheat crepes and French toast to meat curries and sambo snacks to that neighbourhood’s clientele.

Tsak Tsak is now operating out of restaurant L’inconnu at 5115 St-Laurent.