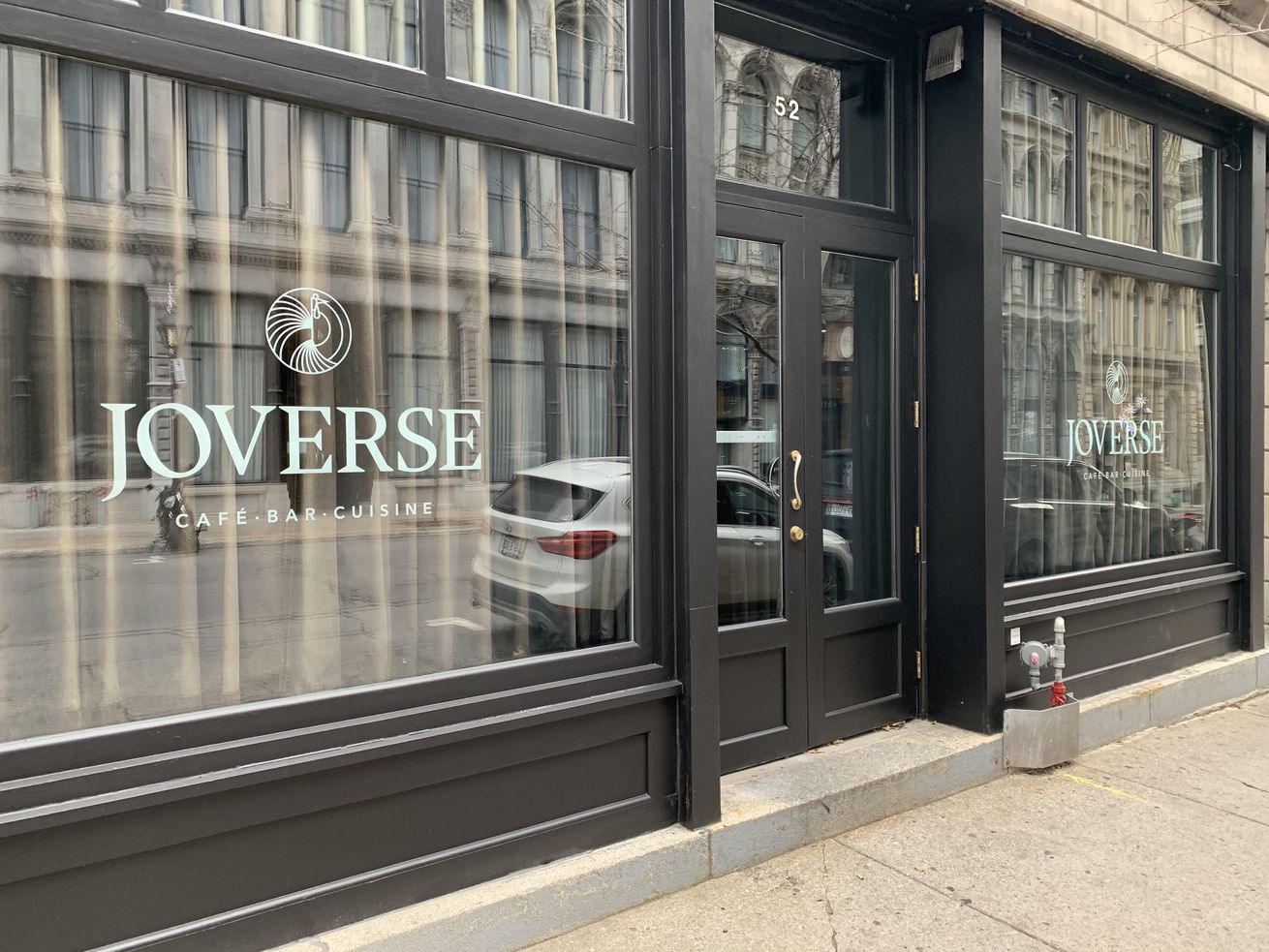 OLD MONTREAL — Despite the ongoing downturn of tourists and office workers in the area, entrepreneur Matt Guerguerian, who owns Côte-Saint-Paul Caribbean restaurant Seasoned Dreams, has decided to scoop up the space that once housed Old Montreal restaurant and bar Joverse. It will open in the spring or summer — pending the easing of COVID-19 restrictions — under the name Sauvage. Though details on the identity of the chef are still under wraps, general manager Moe Chenouni says the restaurant will serve “upscale Mediterranean with an elaborate wine list.” The two-storey space is being honed by design firm Gauley Brothers, the same behind restaurants as striking as nearby 212, Saint-Henri sister establishments Foiegwa and Atwater Cocktail Club, and chic chicken and cocktail getup Bird Bar.

Restaurant Sauvage will open in spring/summer 2021 at 52 Saint-Jacques.

HUDSON — Via Global News, chef Danny Smiles, formerly of Chuck Hughes’ acclaimed seafood restaurant Le Bremner, has been signed on as the incoming executive chef and manager of the historic Willow Inn in Hudson, 60 kilometres outside of Montreal. Smiles last month announced via Instagram that his pandemic-era meal kit company Mise En Place was ceasing operations, promising that he’d “have something new for ya soon!” Smiles tells Global that he plans to work closely with local growers and farmers in devising his new menu — on offer for takeout as of this Saturday.

SAINT-HENRI — Chef and restaurateur Danny St-Pierre has taken over the space of Notre-Dame Street restaurant 3734 (previously run by the folks now spearheading the Laurier BBQ revival) to launch his latest project Danny Pan Pizza. Montrealers who visited roast chicken pop-ups Westmount BBQ and Victoria BBQ (in Saint-Lambert) will recognize the 9-inch pies, significantly thicker than most in the city, which made cameos on those menus under the Accommodation Danny moniker. In addition to classic pepperoni, cheese, and vegetarian options, St-Pierre gets experimental with the toppings to his Detroit-inspired pan pizzas: One called “Le Gros Mac” features “cheeseburger, pickles and special sauce”; another, “Like an Onion Soup,” is chock-full of Alfred le Fermier cheese and a white wine, cheese fondue-like sauce slathered underneath.

OLD MONTREAL — Favourite NDG ice cream shop Ca Lem is now serving its purple taro, strawberry and lychee, and pandan-coconut scoops in Old Montreal. This is the third outpost for Ca Lem, which got its start on Sherbrooke Street West in 2016, amassing quite the loyal following before expanding to the Plateau. This latest location is nestled in Place d’Youville and open weekends only (plus Fridays), for the time being.

DOWNTOWN — CozyBleury Street bistro Monsieur has officially closed its doors. Chef-owner Kimberly Lallouz shared the news in a heartfelt Instagram post, explaining that the restaurant had been shuttered for 400 days, since the start of the pandemic; ongoing construction on the street, which made terrasse season a no-go for the restaurant, served to hasten the decision. Lallouz’s catering company Miss Prêt à Manger continues onward, and so does a teased new project set to replace Monsieur.

BROSSARD — NDG’s Olivia’s Authentic Chicken is expanding to a shiny new spot at South Shore shopping center Quartier DIX30 this June, as per a post shared to the restaurant’s Facebook account. Formerly known as Korean eatery Le K’bob, Olivia’s takes the fried bird from that menu and makes it the star of the show, with its accompanying spicy and garlic-soy sauces cementing its reputation as a frontrunner in the city’s bursting-at-the-seams fried chicken scene.

Olivia’s Authentic Chicken will open a second location in Quartier DIX30 this summer.

DOWNTOWN — Quebec rotisserie chain Benny&Co (not to be confused with Rôtisseries Benny) unveiled its new “urban” redesign in downtown Montreal earlier this week, as per a press release announcing the opening on Robert-Bourassa. Among the defining characteristics of the new space is the size, which according toLa Press now comes in at 2,800 square feet, compared to the usual 3,800 to 4,100 of its suburban locations. The salad bar was nixed to save space, and patrons can now order directly from their phones instead of at an order counter, even once indoor dining resumes. The new outpost is open for takeout and delivery, and two more also boasting the new design — one on Beaubien East and another on St-Jacques — are coming this summer.