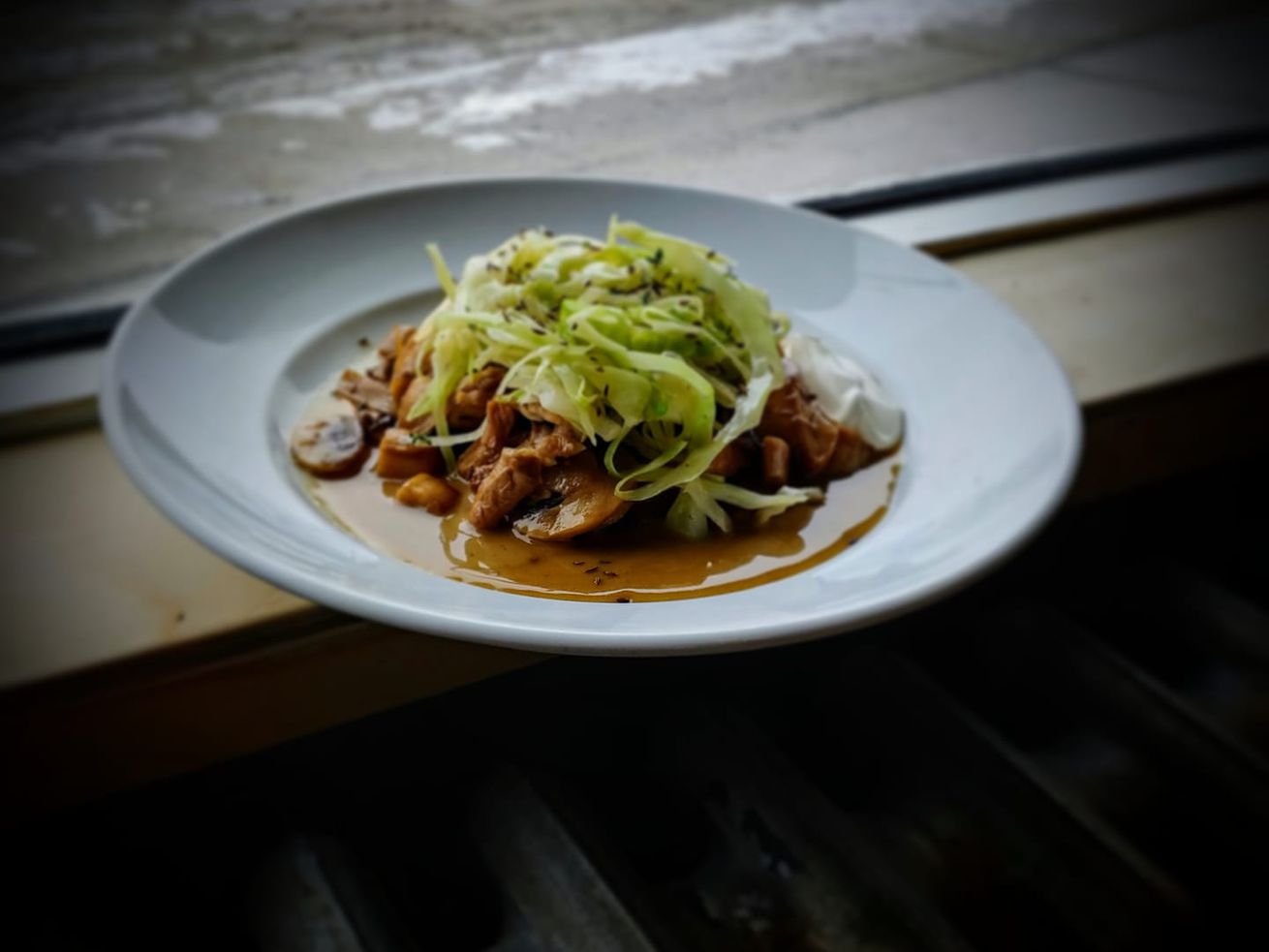 Plus, three new pizza spots — one of them offering unusually coloured pies

ROSEMONT-LA-PETITE-PATRIE — Just over two months since announcing his departure from Mile-Ex mainstay Manitoba, chef Simon Mathys is officially opening the doors to his own locally-focused restaurant today. Mastard, located on Belanger Street just east of Papineau, will be offering a different three-course, $35 menu every week. In rotation this week is an appetizer of ham broth with celeriac and hazelnut butter, a main of braised fowl, mushrooms, cabbage, and smoked sour cream, and apple rice pudding for dessert. Orders can be placed by telephone.

Mastard is open for takeout from 4 to 8 p.m., Wednesday to Saturday, at 1879 Belanger Street.

HOCHELAGA-MAISONNEUVE — Temporarily taking over the space of neighbourhood bar Madame Smith is Les Garnements Pizza, a new spot slinging vibrantly (and likely unnecessarily) colourful pies. Examples include a prosciutto and burrata pizza on a black-tinged dough, a “punk” pizza, which tops a blue crust with gravy, cheese curds, and fries; and a veggie-laden pizza including spinach, cherry tomatoes, peppers, and caramelized onions, all sitting atop, what else but, a green base. Also on the menu, devised by chef Dave Tremblay (the same behind Madame Smith), are 12 milkshake options and some sides including onion rings, cheese sticks, and jalapeño poppers.

PLATEAU — Papineau Street (at the intersection of Mont-Royal) is now home to a new café serving local Quebec products. Venelle’s beans are procured from Sherbrooke micro-roaster Café Hubert Saint-Jean, and a couple days before the holidays, the café announced that it would also be launching a “100% Montreal” streetwear brand.

PLATEAU — Breakfast-brunch spot L’Entre-Pots is now going by the name Keno Pizza — on Friday and Saturday nights only. Its pared-down menu features four choices of pizzas (margherita, all-dressed, salmon, and potato), fries, a vegan Caesar salad, and some wine. The Keno logo, found on its pizza boxes and merch, comes courtesy of Montreal artist Le Bicar. (L’Entre-Pots is still open for takeout and delivery daily, from 9 a.m. to 3 p.m.)

VERDUN — Wellington Street now has a new Italian coffee option by way of Lido, reports Silo 57. In addition to hot beverages and sweets, it serves pizzas, pasta, calzones sandwiches, soups, salads, and other Italian appetizers and mains. They’ve got a fridge stocked with pre-made meals, sauces, frozen pasta, and soups, too.