Spring is an exciting time of year for cooking. Warm weather ushers in a fresh crop of local produce ready to make its way from the earth to our plates, and there’s a sense of renewal in the air that inspires culinary creativity. To celebrate the vibrant veggies in season, three talented Ontario chefs share their imaginative takes on how to prepare spring’s peak produce. 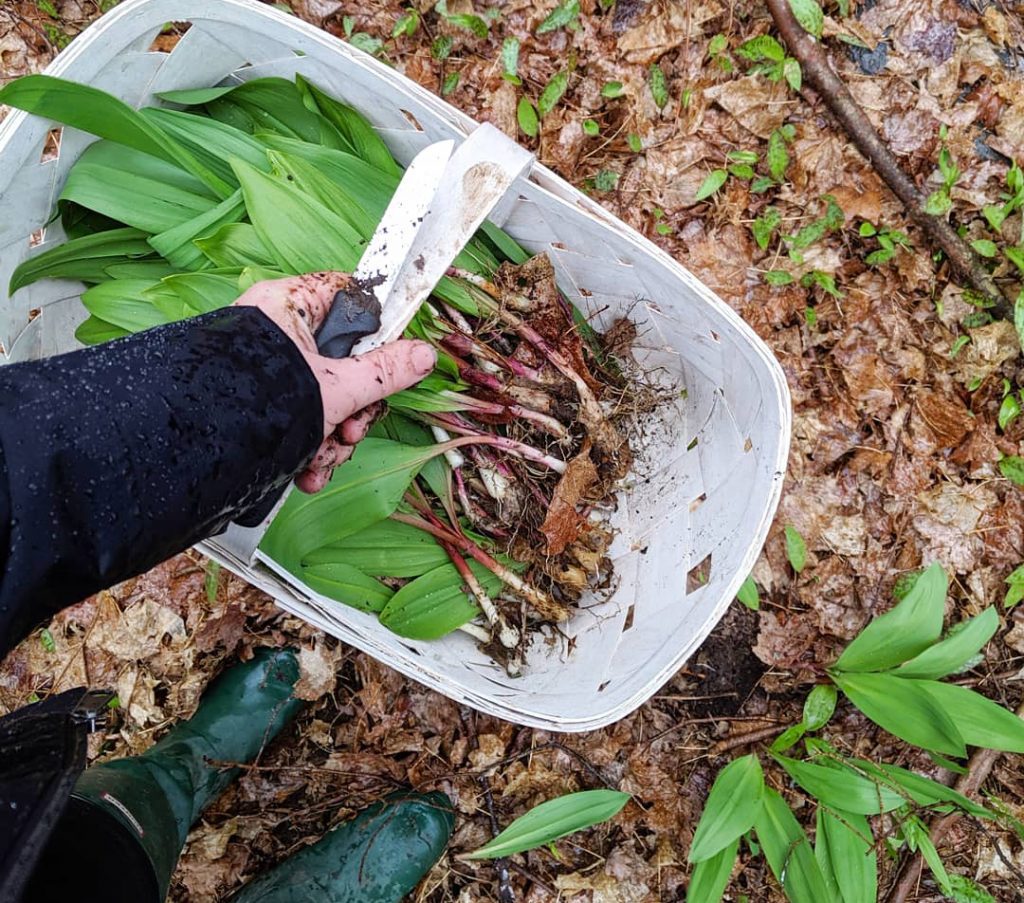 Katie Ardington, executive chef at Beckta Dining & Wine Bar in Ottawa, associates ramps with the smell of spring. “What I love about ramps is that part of them is so delicate and the other is so strong,” she says. “I get pretty excited when they start to arrive –it’s among just a few local ingredients that grow close by.”

Ramps are in season for just a few brief weeks beginning around mid-April, and this fleeting freshness enhances their allure for cooks. Ardington sources as many ramps as she can get her hands on every spring. “We have a farmer that has a couple of acres nearby and every year we just tell them we’ll buy everything they can pick,” she says. “Some years we could get close to 150 pounds in one delivery.”

Her favourite way to cook these pungent veggies is one that marries it with other flavourful spring veggies: a pared-down ragout that combines ramps with asparagus and morel mushrooms, along with stock and beurre monté. “Doing a quick chiffonade of the ramp leaves and adding them at the end with some fresh chervil heightens the delicate garlic flavour,” she advises.

Ardington also loves pickling ramp bulbs so she can add a burst of spring flavour to dishes throughout the year. “Using those pickled ramps in the winter after preserving them for many months is the perfect sweet-sour garlic flavour that’s great with anything,” she says. 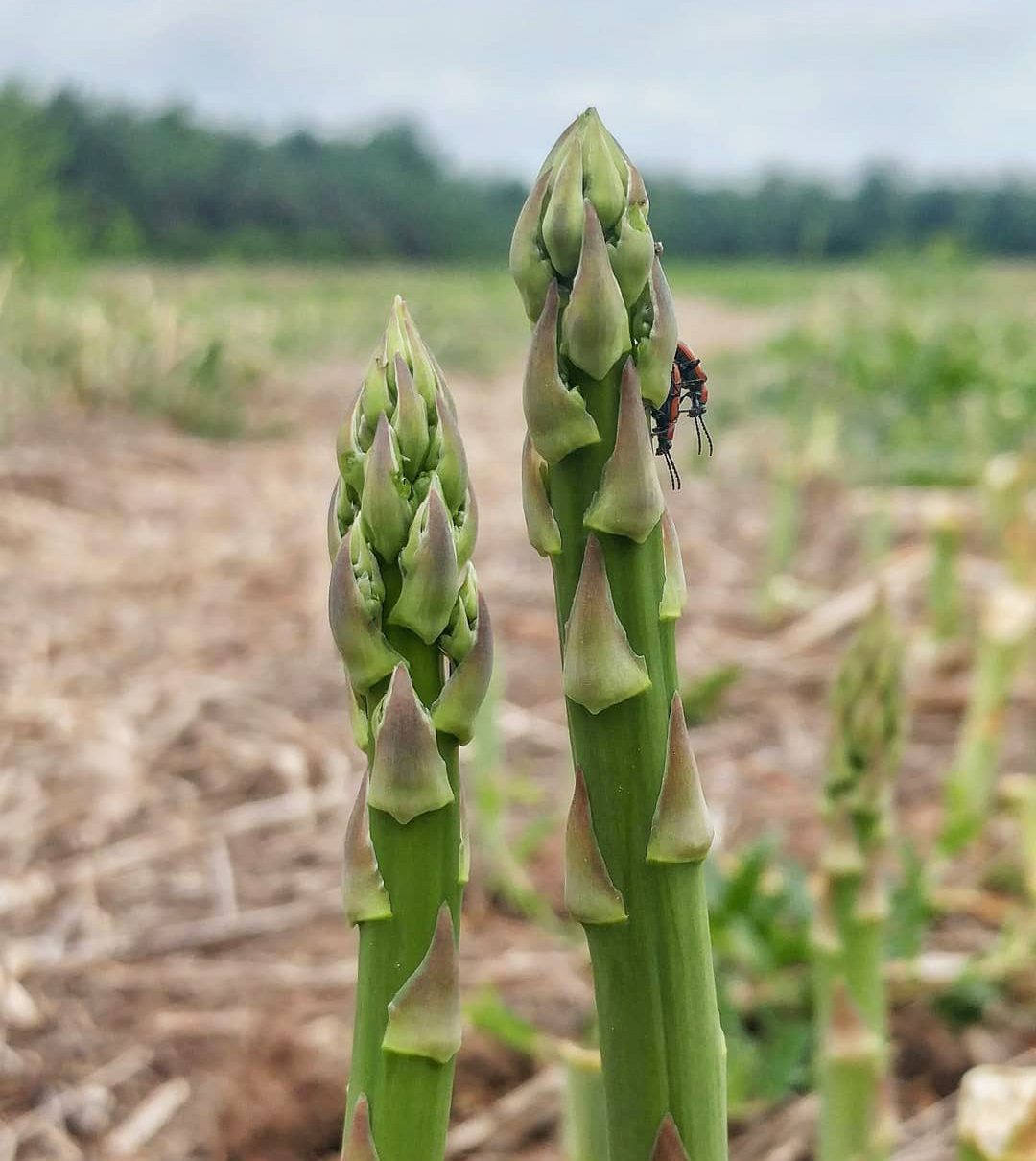 Crisp and green, asparagus may just be the quintessential spring veggie. Purists know a drizzle of olive oil and a sprinkle of salt and pepper is all that’s needed to bring out its pleasantly sweet-bitter taste, but asparagus lends itself well to more complex dishes, too.

Stephanie Soulis, president and CEO of Waterloo Region’s Little Mushroom Catering, enjoys cooking with asparagus because of its versatility. “I love asparagus paired with brie; I make a mean asparagus and brie soup. But our favourite way to make it at home is to wrap it in bacon and broil it,” she says.

Soulis’ top take on asparagus, however, is a brunch classic made from scratch. For her eggs Benedict, blanched asparagus is served with a house-made cheddar-and-herb biscuit topped with a poached egg, dill and extra-lemony hollandaise. “We don’t cook the asparagus for very long; we’re just kind of shocking it. That’s how you get a good crunch and that vibrant green colour,” she says. “It’s all about mouthfeel and complementing flavours.”

As Soulis points out, asparagus is a vegetable many of us didn’t grow up eating, but it becomes a fast favourite for adults when we discover how delicious it can be. “It’s one of those things that people come to later in life and it’s like, ‘why has this not been in my life?!’” she says. 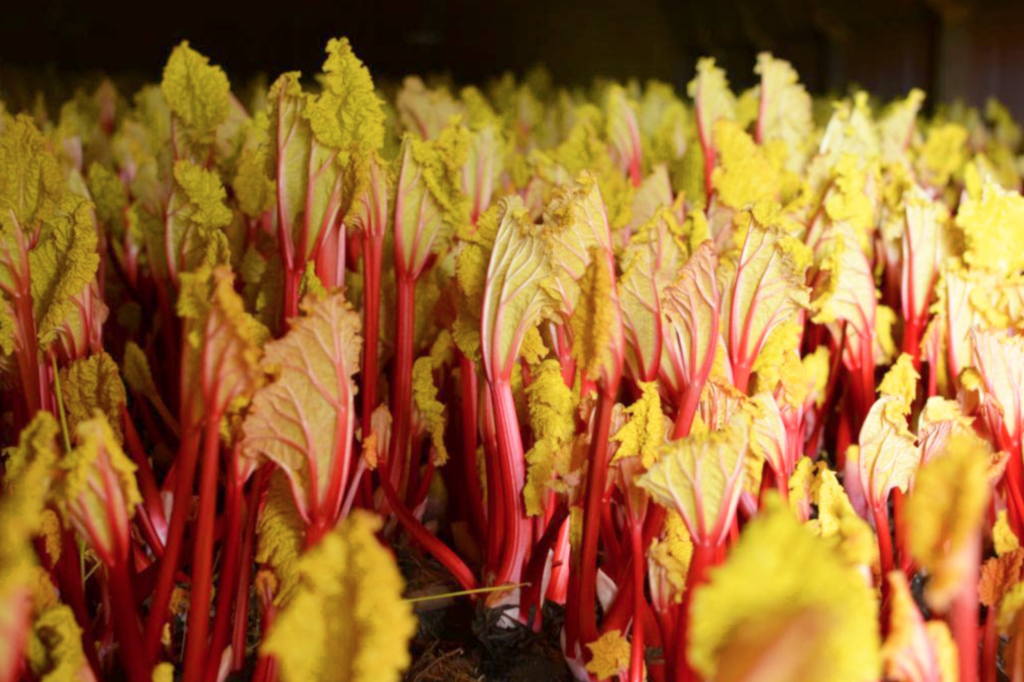 Rhubarb is one of the first crops ready to be harvested each spring in the gardens at Ricky & Olivia at Westcott Vineyards in Niagara’s Benchlands. “One of the first signs of spring is seeing that bright, vibrant, hot pink colour on a plate,” says Olivia Simpson, who oversees the vineyards’ culinary program with her partner and co-chef Ricky Casipe.

Rhubarb is a familiar ingredient in pies, jams, and other desserts, but Casipe also appreciates the subtle acidity it brings to savoury dishes. “It can be Ontario’s version of lemon,” he says. “It doesn’t necessarily need to be the star of the dish. It’s also a sort of secret ingredient that can help bring up the acidity of plates without it having to be a ‘rhubarb dish.’”

Rhubarb plays this “secret ingredient” role in a smoked trout pie that Casipe and Simpson often feature on their spring menus. Casipe describes the pie as a savoury riff on a Pop-Tart. “The smoked trout is the filling, but the rhubarb is a super important component to it,” he says. A rhubarb compote brings acidic balance to the trout filling, which is seasoned with fennel and wrapped in a pastry crust. Candied rhubarb also serves as a colourful garnish for the dish.

“We took all the flavours of rhubarb – the sweetness, the fruitiness, the acidity – and tried to spread it out as much as we could across that dish,” Casipe says. “I think it gets chefs, and everyone, really excited because once you start seeing rhubarb, it means that winter is over.”

Celebrate the best of Ontario this spring! Download one of +30 Great Taste of Ontario passports and earn points towards some sweet local rewards.

This piece was originally published in the April 29th Edition of the Great Taste of Ontario Special Report in the Globe and Mail.