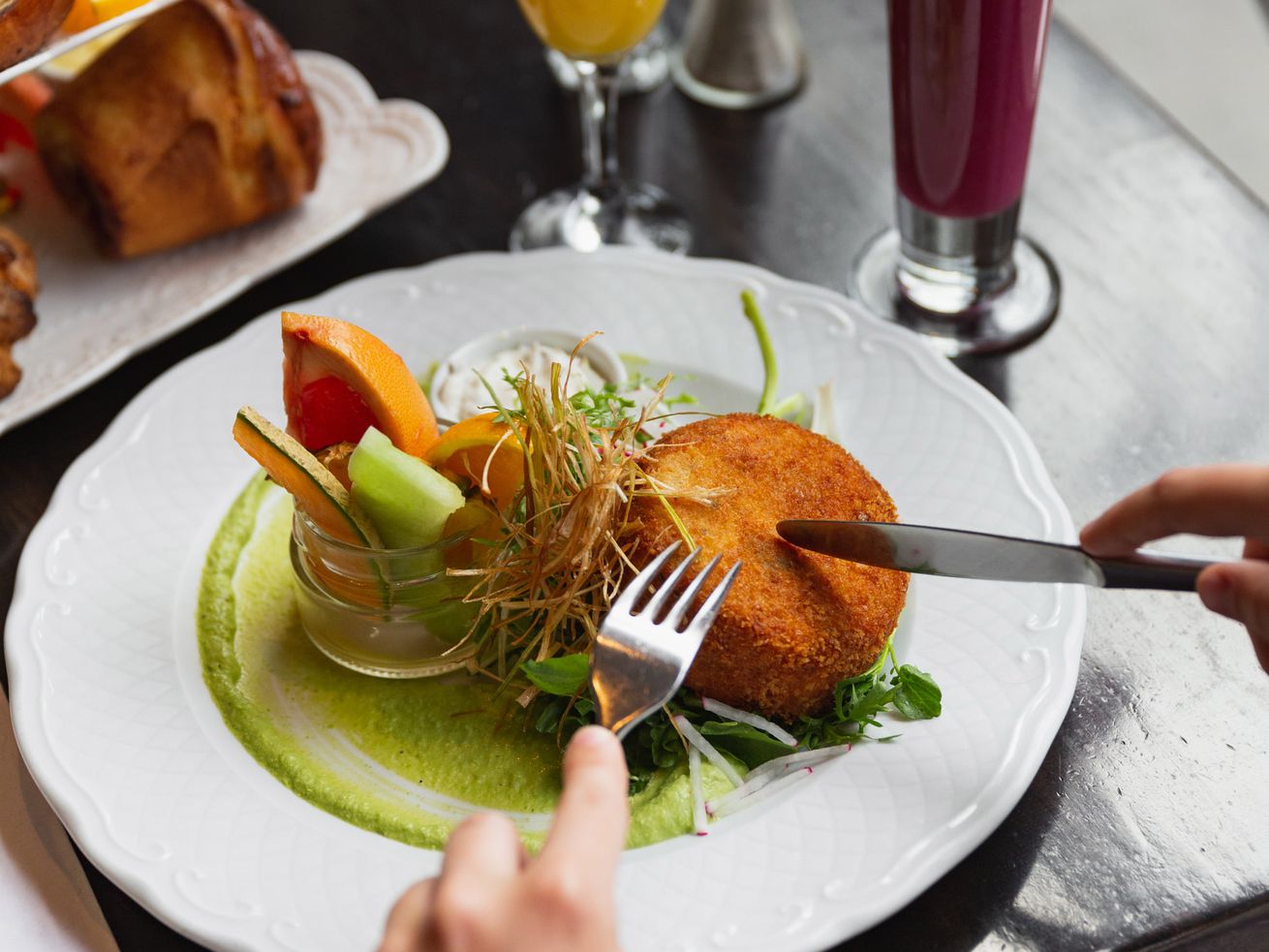 Regine Café doesn’t sell much in the way of eggs Benedict or sunny-side up eggs anymore. | Regine Café/Facebook

The winter may have been “spooky slow,” but menu pivots, online sales, and loyal customers are helping to keep establishments afloat

While the pandemic may have put a kibosh on indoor dining for most of the past 14 months, Montreal breakfast restaurants say brunch isn’t dead — though it does look quite a bit different. “There’s still a lineup; it’s virtual now,” said Pierre-Luc Chevalier, co-owner of Janine Café in Verdun and Régine Café in La Petite-Patrie.

When the pandemic first hit back in March, Chevalier didn’t think anyone would order eggs for takeout or delivery. But gradually he realized the pandemic might last a while and started offering a shortened menu, “and my God, it worked,” he says.

Due to customer demand, Janine and Régine have since started offering their regular menus, though they don’t sell much in the way of eggs Benedict or sunny-side up eggs (scrambled stays warm longer, Chevalier says). And they’ve been staying afloat by selling traditional brunch plates, pastries, and sides. “People are ordering more sides than when they were in in-room dining,” Chevalier said. “So they have leftovers for later in the day or during the week.”

Still, the owner says Janine and Régine have seen a 75 percent drop in sales and had to cut their staff by 60 percent — and they’re the “lucky” ones.

Beloved St. Henri brunch spot Café Joe was broken into during the first wave of the pandemic and ended up shutting down due to coronavirus restrictions in August. But Café Joe — which had been revived before thanks to staff who saved it from closing by buying it from a previous owner — was reopened by a couple of guys who work in tech. “We just hated to see it go, so we managed to get it together and pick the place up and we’re trying to keep it alive,” said Brandon Tyre, who bought Café Joe along with Matt McKay in October.

The winter was “spooky slow” for Café Joe, and like other businesses, it managed to hang on largely thanks to government subsidies. But in the last couple of months, things have been picking up, especially on takeout apps, which came as a surprise to McKay. “We were concerned … how well do two over-easy eggs hold up in a box traveling 20 minutes to somebody’s house?”

But delivery through SkipTheDishes and Uber Eats has increasingly become a main driver of sales for Café Joe, and customers seem to like what they’re getting. “On Skip in particular we have a 9.9 [rating] at the moment, which I’m sure probably some people that love us are helping us out there, but a lot of that volume is new customers, people that we don’t know, people ordering for the first time,” Tyre said. “By the reviews, they seem to be really, really pleased with it, so it’s working out.”

One of the Montreal restaurants best known for its impossibly-long weekend brunch lineups is L’Avenue on Mont-Royal Ave, which famously had live DJ sets on Sundays. “It’s almost like a club vibe, but you’re having breakfast or brunch,” said owner Milton Safos of the restaurant’s pre-pandemic days. “We miss it every day. It’s always on our mind.”

L’Avenue shut down during the second wave but reopened on December 3. “You get depressed staying home all day. Everything’s locked down. You can’t go to the gym and you can’t see your family. At least you can see your work family,” Safos said, adding that he still had to cull staff at the Mont Royal location from 30 down to 8.

L’Avenue has maintained a steady number of takeout orders — fewer eggs Benedict, more smoothies — but Safos realizes that restaurants who serve at night have an advantage. “Lots of restaurants are built around delivery — certain restaurants are not. They’re built around customer experience, getting out of the house, having fun, seeing interesting people, experiencing a moment,” he said.

In the short term, Safos is looking forward to when Mont-Royal opens back up to foot traffic and he can reopen the patio (DJs may play to passersby with a speaker facing the street). But the owner says that until most people are vaccinated, things won’t return to the way things were. “I think the consumer is as anxious as we are to get back to normal,” he said. “I mean, me personally, I can’t wait to go sit in a restaurant and have a meal, listen to some music, get served, not have to do the dishes — it would be great.”

Over at Janine, Chevalier says that when his restaurants can reopen, he doesn’t expect them to be exactly as they were, at least for the next couple of years. For instance, they might have to take reservations instead of allowing for huge lineups in the street. “But I’m open to that,” he said. “I see it as more of a challenge, but we’ll make it through.”