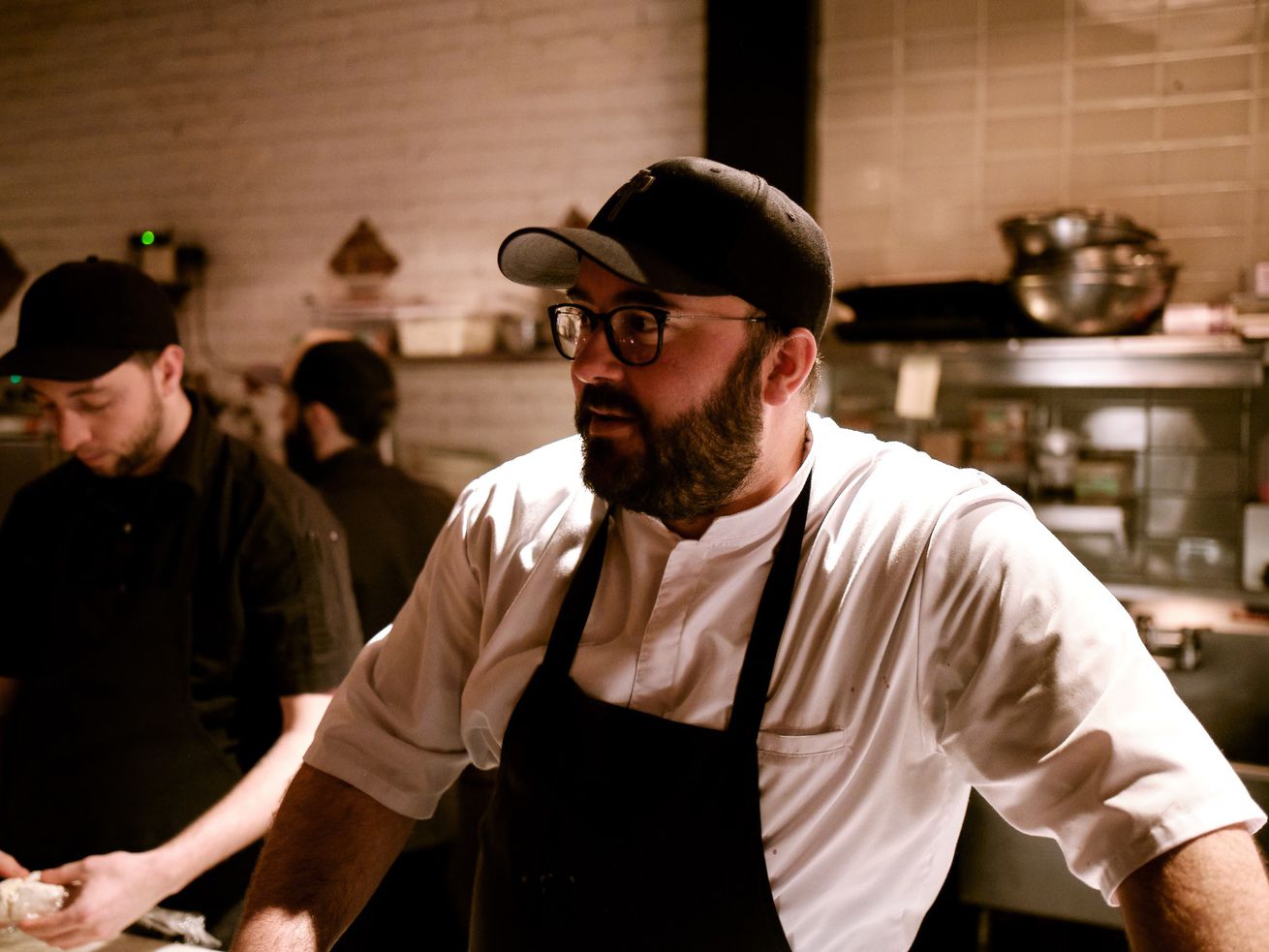 Rosemont-La-Petite-Patrie’s effervescent restaurant scene continues to grow with the addition of a new eatery focused on local ingredients expected to open on Belanger Street, just past Papineau, in December.

At the helm of the new restaurant, called Mastard, is chef Simon Mathys, who announced on Facebook on November 3 that he would be hanging up his apron at Mile-Ex darling Manitoba — a stint he held for close to four years. The following day restaurant Mastard, which roughly translates to “big, husky person,” was conferred its own Facebook page.

Currently in the renovations stage (Mathys said the floors were being finished up yesterday, during his conversation with Eater), the restaurant’s menu is still undetermined, with Mathys admitting, “I’m really not sure what we’re going to do.”

One thing he does know: Diners can expect the same experimentation with local ingredients that cemented his reputation over the past 10 years. At Manitoba, he was known for finely calibrated dishes featuring everything from foraged herbs and berries to wild seal and deer. Before that, his creativity was credited for turning around the two Accords locations (Downtown and Old Port) when they were fizzling out. “I’ll continue to be very focused on local products and try to learn and spotlight more of the history of Quebec,” he says.

Mastard is taking over the space previously occupied by chef Marie-France Desrosiers’ beloved neighbourhood bistro Chez Chose, which announced at the end of September that it would be shuttering — not because of the pandemic, “but rather due to a desire to sleep in on Sunday mornings,” the owners wrote in a Facebook post. The post went on to say, “We are also announcing that the restaurant will soon be handed over to a formidable and talented young chef.”

As for Manitoba? It’s resilient. Before Mathys, the restaurant’s chef count was at three since its opening in 2014. The latest — announced also via Facebook — will be Jean-Philippe Matheussen, who had until March been the sous chef at Blue Hill at Stone Barns in New York, working under Dan Barber. Before that, Matheussen had completed several internships at Michelin-starred establishments in Copenhagen, Paris, and New York, thanks to a grant from Montreal culinary school ITHQ, reports La Presse.

Mathys is assembling his own team as well, but says who will be present opening night come December largely depends on whether the Quebec government decides to allow restaurants to reopen in full form. If not, he will operate with an abridged takeout setup. He’s excited either way. “I’m in a really good place right now. How could I not be? I’ve been wanting to have my own place for a while, do things for myself, and be my own boss,” he says. “The pandemic certainly accelerated things, but I was always going to open my own restaurant one day — that was the goal.”

Mastard is slated to open in mid-December at 1879 Belanger Street.