Super Loco is churning out empanadas, chilean hot-dogs, and sandwiches seven days a week — and all year long

After operating as a pop-up out of Old Montreal restaurant Bocata this summer, Chilean empanada and sandwich counter Super Loco now has a permanent, though inconspicuous, locale in the Mile End.

The project was born in the early months of the pandemic, when Bocata chef Nicolas Salinas began experimenting with baking Chilean bread and empanadas in his home kitchen. “It was his passion project,” co-owner Roberto Porres says.

“He started doing it just for himself and posting about it on Instagram and then he kind of just started providing them for his friends and family. People would be like ‘Can I get six of those for tomorrow?’ It was very organic, and at a certain point he said, ‘People are really liking this, so why don’t we do it at Bocata?” 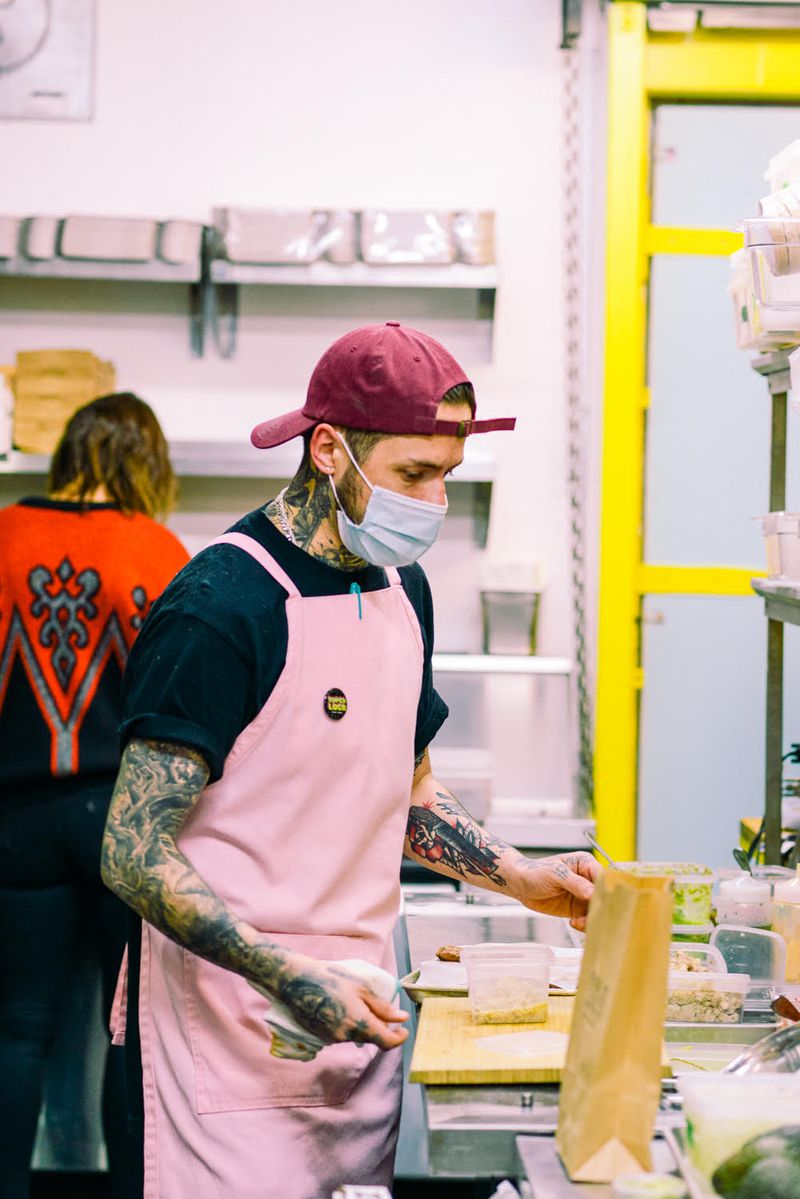 Super Loco/SuppliedChef Nicola SalinasBut as summer came to a close, and with it the prospect of foot traffic in Old Montreal (which already was suffering from a lack of tourism and dip in office workers), the team decided to make a permanent relocation to the more residential Mile End. In December, Super Loco found its home at the back of the new Fugazzi location, which, like the empanada joint, is part of the Barroco restaurant group.

“The Fugazzi space is pretty big, and we didn’t need the whole space to cook, so we took the opportunity to transform it. It’s the type of thing our restaurant group likes to do,” Porres says pointing to Foiegwa in Saint-Henri and the adjoining Atwater Cocktail Club around the corner.

Back-alley outposts are something Montrealers are becoming somewhat accustomed to, with Parasol just a couple doors down from Super Loco running every summer, and Barcelona-style rotisserie chicken haunt Tinc Set operating out of Alma in Outremont this summer (before getting its own permanent location next door). But unlike these other ventures, Super Loco will be operating year-round, even on snowy winter days.

“It’s right next to the Enterprise car rental parking lot, so they’re always moving their cars around and there’s always going to be an accessible path,” Porres says. 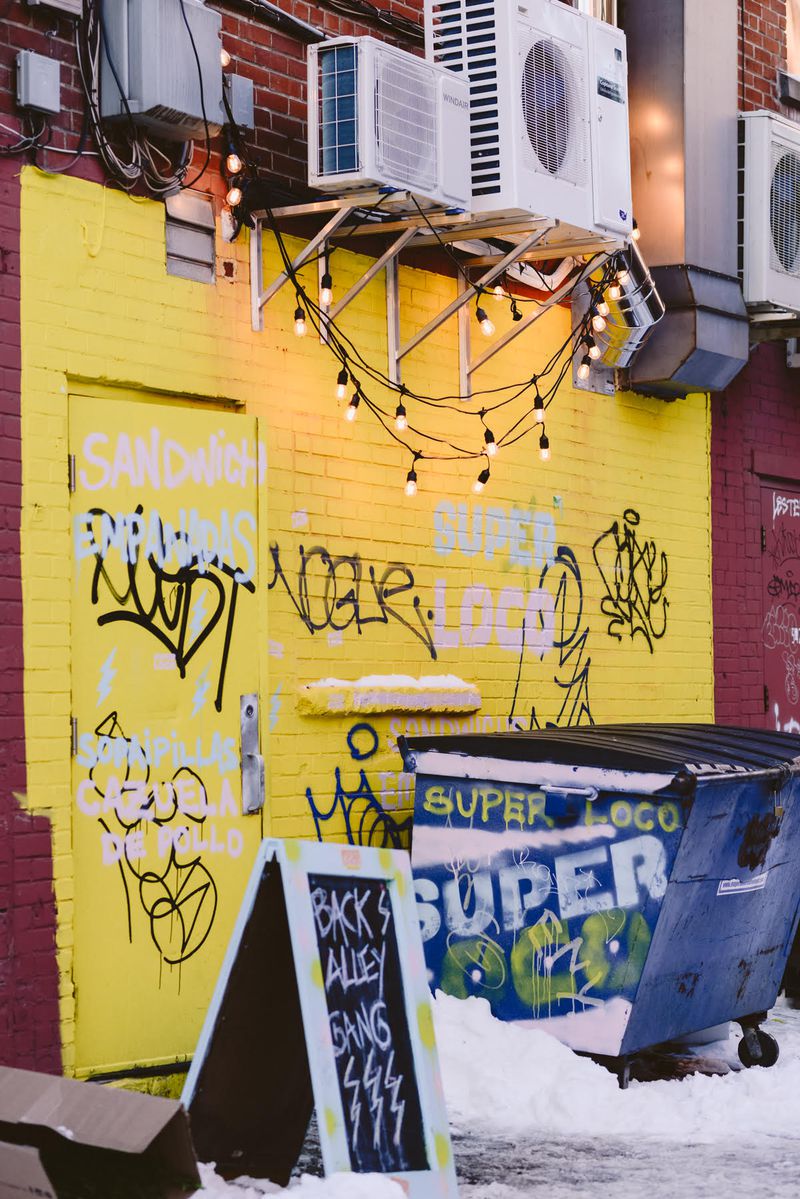 Super Loco/SuppliedThe entrance to Super LocoOn offer at the counter are beef, chicken, pork, and vegan sandwiches, a traditional Chilean hot-dog with sauerkraut, tomatoes, avocado, and mayo, a selection of empanadas, and alfajore cookies and quatro leches cake for dessert. And once the pandemic wanes Porres promises a lively ambience, too. (A recent Instagram post already hints at Bad Bunny blaring from the speakers.)

“We are already seeing a lot more people coming to see us in the Mile End,” Porres says. “In the Old Port, people maybe only had a chance to come by once if they made a point of it. Not much is going on down in that area, especially right now, but people around here seem to be really loving it.”