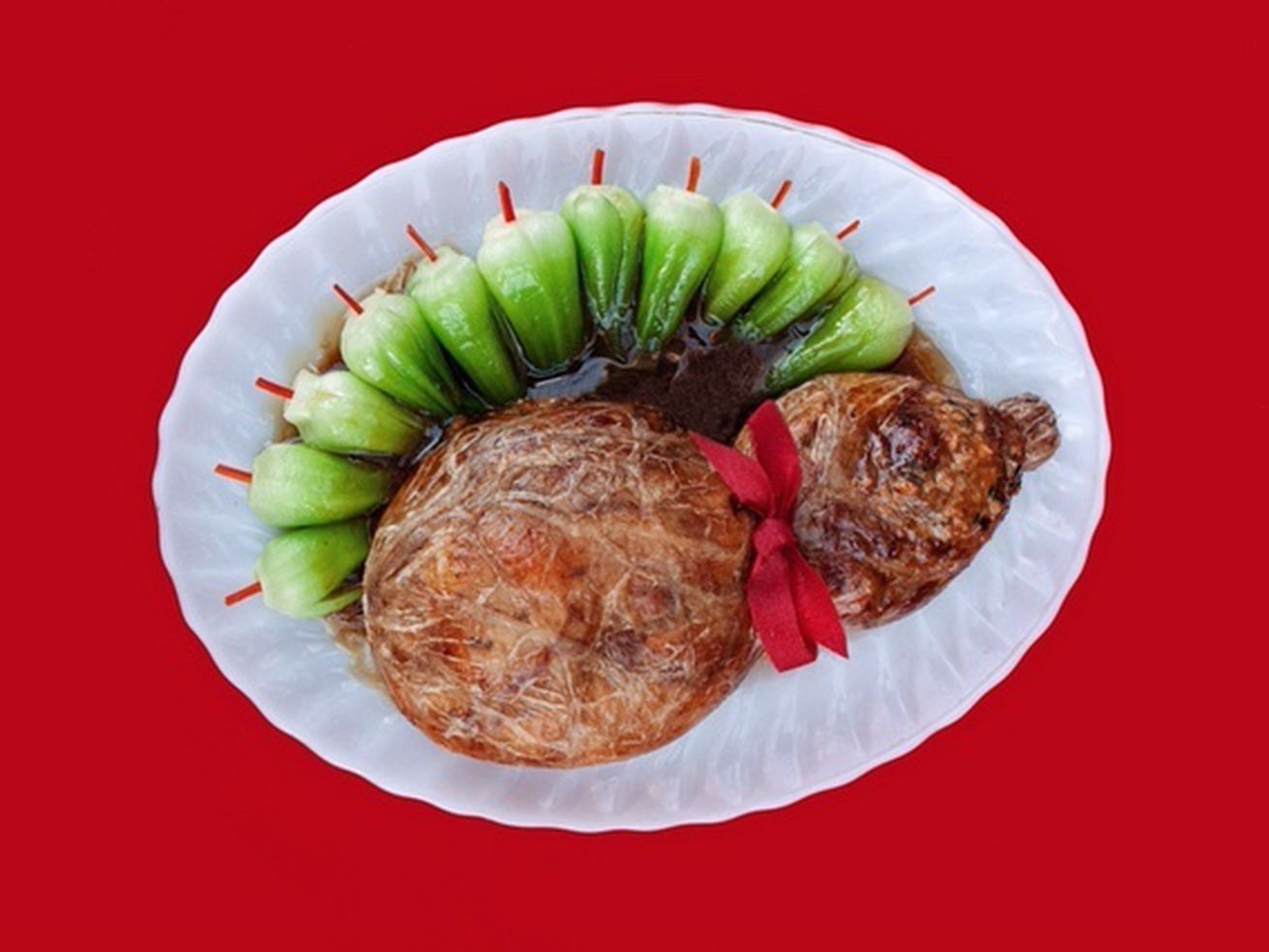 Seafood, dumplings, and specialty dishes like hulu ji — gourd chicken — are on the menu for the Year of the Ox

At this time of year, the sights and sounds of the raucous lion dance, a Chinese tradition believed to bring good fortune and banish evil, would usually be delighting visitors to Chinatown’s streets. But COVID-19 and its resulting curfew have put a damper on Chinese New Year, also known as Lunar New Year or Spring Festival, which falls on February 12. While festive red is still de rigueur for the lunar holiday, getting together in large groups, at home or in restaurants, is simply not possible, leaving many with little to look forward to, other than the food, to celebrate the Year of the Ox.

“It would have been nice to have the whole family together this year, but I’ll be working in the restaurant,” Sandy Mah, the owner of Brossard’s Maison Sai Yin, says. Like every other restaurateur in the province, her business has been been subsisting on takeout and delivery only.

For the occasion, Mah is offering a traditional southern Chinese festive meal, called poon choi: a layered pot of high-end, often seafood proteins, usually served in a large wooden basin for sharing, that can include such items as abalone, dried oysters, mushrooms, lotus root, radish, prawns, chicken, duck, and other specialties. Traditionally eaten from top to bottom over the course of several days, the takeout presentation may differ, but excitement around this once-a-year dish is high among certain factions of the Chinese community. 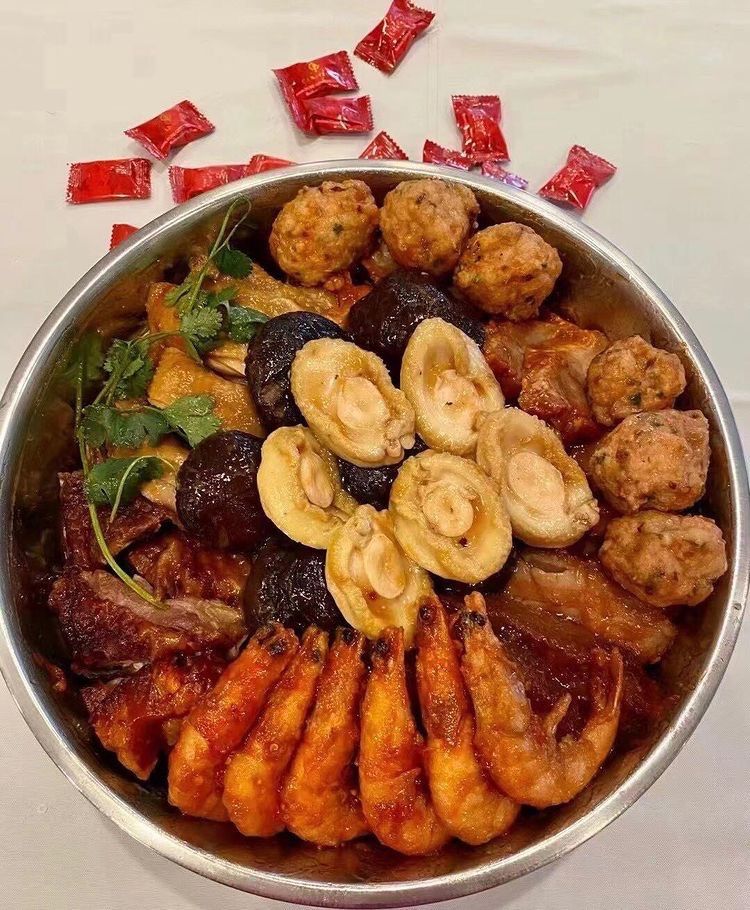 Teochew Foodie/SuppliedTeochew Foodie and Kim Fung collaborated to create a poon choi for the occassionNew Year food traditions vary across China: In the South, long noodles evoking long life are popular, while in the north, it’s tradition to eat boiled dumplings resembling ingots for good luck and prosperity. Seafood is a big part of most Chinese New Year traditions, though, and Chanel Dai, co-owner of St-Henri’s recently opened Teochew Foodies, has happy memories of growing up in Chaozhou, in south China, with a variety of seafood dishes on the table. “We’d have lobster, crab, sea cucumbers, deep sea fish, and scallops,” Dai says. “As a family, we honour our ancestors, and between lunch and dinner, people would come to our home for special tea and to eat traditional snacks and clementines.”

Foods that have symbolic meaning or contain wordplay relating to new year wishes of prosperity and health are also important features of the new year, Dai explains, and Chinatown’s Dobe & Andy, famous for its Hong Kong-style barbecue, seems to be drawing on that tradition. Its special Year of the Ox menu includes the signature dish of the year — oxtail — and features fat choi mushrooms (a wordplay on “get rich”), braised white/soy chicken, fensi vermicelli noodles — their own family’s tradition — along with longevity yi mein noodles, and their famous roast pork. (They’re donating part of the proceeds to the Montreal Chinese Hospital.) 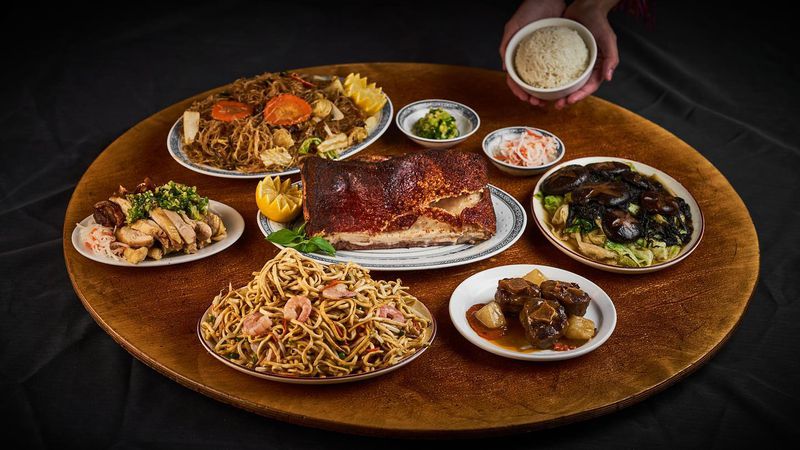 Dobe & Andy/FacebookDobe & Andy’s Chinese New Year spreadFor Helena Han Lin, co-owner of La Canting, one of Pointe St-Charles’s newest restaurants, featuring Chinese and Taiwanese specialties, fish is essential. “It was always important to serve the fish whole, with the head and tail, to represent a good start and end to the coming year,” she says.

Lin’s celebrating on her own this year, but there are some foods, like lo bak go (radish cake), that are a family tradition. Though radish cake is a popular dim sum item, it isn’t easy to come by in full form in Montreal. Mini chain Wok Café, however, is now offering a special one for the holiday, along with its own version of poon chai and a glutinous rice cake called nian gao, a wordplay that the loosely means rising year after year — either in height or wealth.

But some of the city’s Chinese restaurateurs have decided to stick to their regular — in many cases, already extensive — offerings. This is the case for Mon Nan, says owner Joe Lee: “We already have so many choices on our menu that are good for the new year.” Lee recommends any of the lobster dishes (salt and pepper, ginger, or Cantonese-style, with black beans), Buddha’s Delight (loo hoon gai), and the off-menu, but usually available, lobster yee mein (noodles).

Big family banquets for all occasions had been a significant part of Mon Nan’s business and culture since 1982, when his late father opened the restaurant — until now. “This year is different since there’s no dine-in,” Lee says. 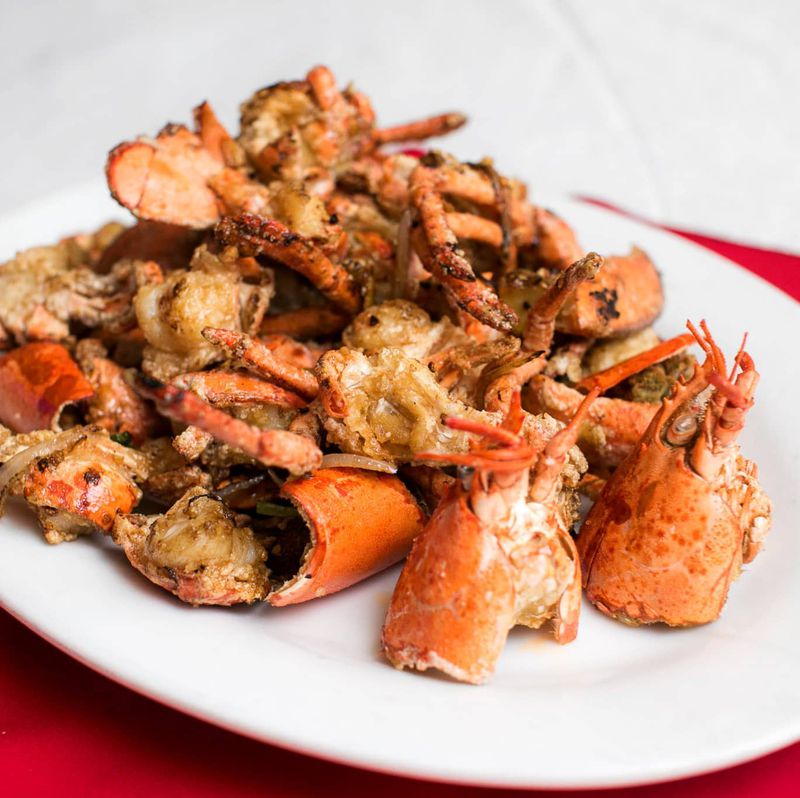 Mon Nan/FacebookMon Nan’s Hong Kong-style lobsterThough it’s been a challenging year for Chinese restaurants on and off the Island, there’s one in Downtown Montreal that’s had a boost thanks to a viral tweet. For Feigang Fei, the owner of the now-famous Sichuan restaurant Aunt Dai, the significance of Chinese New Year fare has evolved over time.

“Growing up in my village in Jiangsu province in China, we were very poor,” Fei says. “We looked forward to that one day of the year for treats. But we didn’t even have sugar to put in the centre of the sweet dumplings that were part of the Chinese New Year celebrations. Now we can have all those foods, like dumplings and seafood, all year round; it’s not so special anymore.” Like Mon Nan’s Lee, Fei isn’t adding to his already lengthy menu: Jiaozi, the traditional northern Chinese boiled dumplings often served at New Year, are available every day at Aunt Dai.

Maison Sai Yin’s Mah thinks back to growing up in Brossard after moving to Canada from Hong Kong: For the new year, she’d get new clothes, new shoes, and little red envelopes (lai seein Cantonese, orhong bao in Mandarinwith money from family members. This year, she’d hoped to be the one doling out the envelopes, but instead says, “I’ll just bring some food to my mum, and hope that in the Year of the Ox things will get back to normal — the way they were before.”

Advance ordering is required for most special meals mentioned in this piece — call ahead.