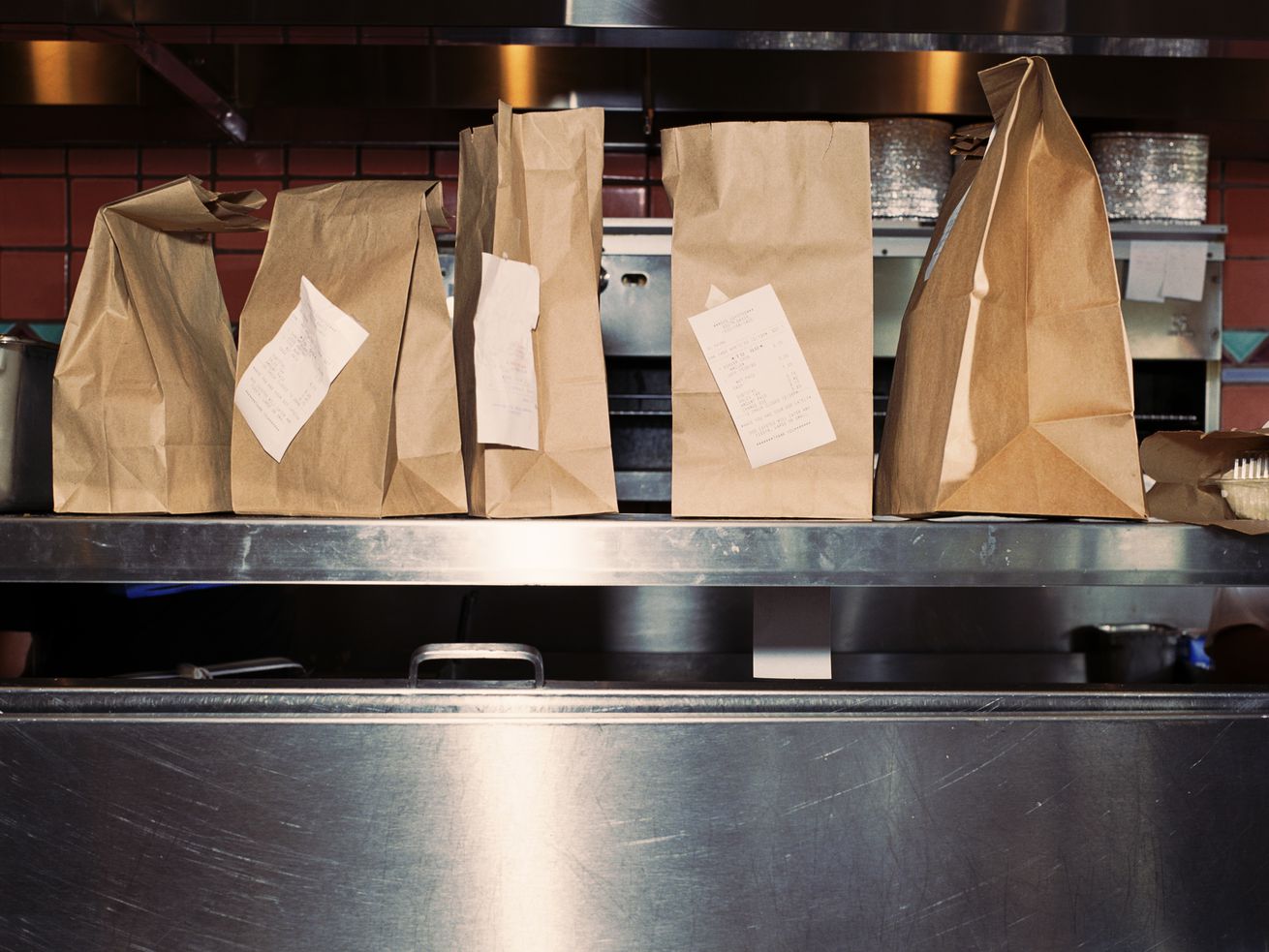 As restaurants across Quebec contend with prolonged red zone closure, many continue to rely on takeout to scrape by. But the Office québécois de la langue française (OQLF), the government agency dedicated to protecting and promoting the French language in the province, is urging the public to stop calling it that.

On Monday, the OQLF took to Twitter to ask what turned out to be a pretty loaded question: “Pourquoi opter pour du «take-out» quand vous pouvez commander, en français, votre plat à emporter préféré?” In English, this roughly translates to: “Why opt for ‘takeout’ when you can order, in French, your favourite dish to go [i.e., à emporter]?”

The tweet goes on to answer its own question, concluding: “It’s much better in French!” Linked in the tweet is an entry in the OQLF’s official dictionary, where it explains that “à emporter” is the preferred word choice in Quebec French and in line with the recommendation made by France’s French Language Enrichment Commission in 2005.

“The borrowing of ‘takeout’ from English, which is generally absent from Québécois and European reference books, is not acceptable because it is formed by two English words. In addition, it does not naturally integrate into the language,” the entry says.

The tweet raked in hundreds of comments and retweets, with many criticizing the agency for broaching what they saw as a trivial topic at a time when so many are suffering due to the widespread effects of the pandemic. Others also expressed support for the agency and its mission. To be fair, the OQLF was already in the habit of sharing its position on wording used in various industries, though these rarely seemed to generate much notice. (It’s preceding tweet linked to a dictionary entry for “vendredi fou,” as opposed to “Black Friday,” and only received seven comments and five retweets.)

Among those that came up against the OQLF was Montreal-born Canadian comedian Sugar Sammy, who has been critical of the agency in the past. On Monday, he posted side-by-side screenshots of the OQLF tweet and a headline out of Ontario. “Ontario wants to put a cap on Uber Eats delivery fees to help restaurants during the pandemic. Meanwhile, in Quebec, The Board of the French Language put out a tweet to encourage people to use the French word for ‘take-out,’” he summarized.

The tweet also caught the attention of several Montreal restaurant and bar owners. In a retweet of the OQLF, Kevin Demers, the owner of Cold Room, El Peqeuno Bar, and Parliament Pub & Parlour, included a middle finger emoji, and the question, “How do you translate that?” (The middle finger has become a sort of rally cry among Montreal restaurant and bar owners expressing dissent toward the provincial government’s lack of support throughout the second wave of closures.)

Jon Cercone, sommelier and co-owner of Westmount restaurant Tavern on the Square, commented (originally in French), saying he understood the wording should be in French and then, tagging Premier François Legault and minister of the economy Pierre Fitzgibbon, asked, “Can I have the money you promised me in October now?” Cercone is referring to the emergency financial relief for fixed expenses that the Quebec government announced at the start of the second round of dining toom closures, and that many say they have yet to receive.

Meanwhile, Joe Beef chef and co-owner Frédéric Morin, yesterday evening, posted an image on Instagram reading the following: “Kakhwasnó:re, that was takeout before les anglais and the french could even fight over takeout. Take ces bisbilles de village elsewhere!” The statement points to the seeming hypocrisy of the current linguistic debate in light of Quebec’s colonial past, standing on unceded Indigenous lands, and role in the marginalization of Indigenous communities and their languages.

Comments appearing below the original OQLF tweet demonstrate how quickly some were to divide along long-trodden linguistic and political fault lines. But perhaps the OQLF’s gripe with “takeout” wasn’t the knock against English speakers that many deemed it to be.

The word “takeout,” after all, has also gained prominence among the French-speaking community — especially with the pandemic giving rise to a surfeit of such offerings. In fact, a cursory search reveals that the term regularly appears in recent coverage from Montreal French-language newspapers La Presse and Le Journal de Montréal, and Montreal restaurant blog Tastet, in articles like this one, this one, and this one.

Referring to such usages, the OQLF dictionary entry shared in the tweet says (originally in French but translated here), “[W]e notice that in written media, where [takeout] is seldom used, it is written in italics, framed in quotation marks or followed by a description in parentheses, which reflects the reservations regarding its usage.” This appears to be true for La Presse (which opts for italics) and Le Journal de Montreal (which seems to vacillate between quotation marks and italics). However, Tastet uses the anglicism liberally throughout and without caveat. (For the record, the OQLF dictionary entry was last updated in 2017, before the pandemic precipitated a boom in takeout, which might explain why the OQLF appears to be understating the frequency of the term.)

Though the OQLF’s tweet was directed to consumers placing orders at restaurants, business owners best remember: Under Bill 101, signage boasting the word “takeout” should be accompanied by “à emporter” — in more prominent lettering.