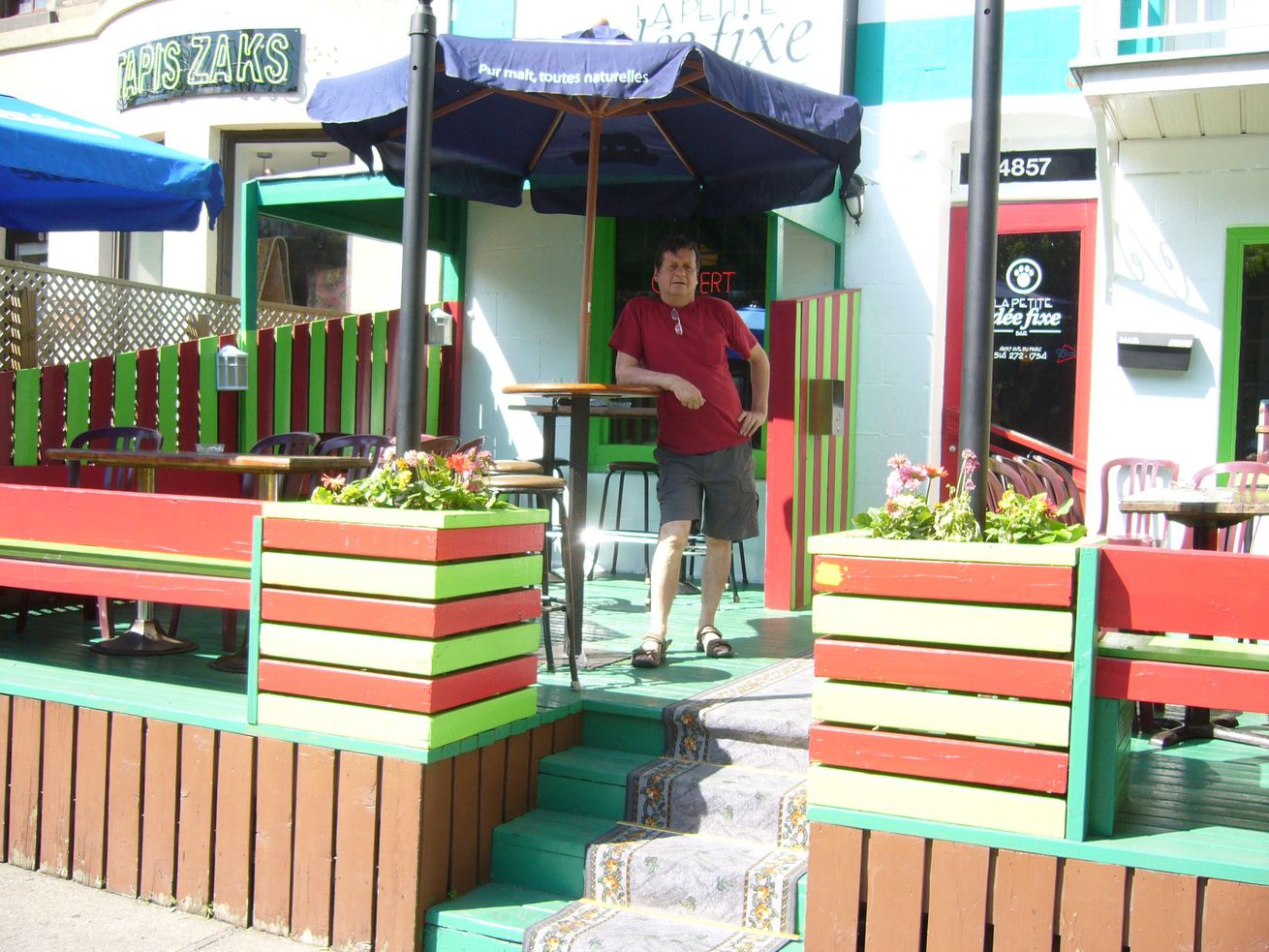 A rental sign was spotted on its front door

Parc Avenue, a street once busied with bars and restaurants, has felt unsettlingly quiet for months due to the coronavirus lockdown. Now, it seems that one of its most beloved institutions, local dive La Petite Idée Fixe, may be closed for good.

A photo posted to Twitter yesterday shows an “à louer” (for rent) sign affixed to the window of Idée Fixe’s vermillion-painted door. Eater has tried to call the bar, but its phone number has been disconnected, and calls to the number listed on the rental sign have also gone unanswered. Another Twitter user claims that they “saw them loading out boxes of big 50s last week.”

Regulars of the dive will likely remember the place for its “big 50s” or “ciquante,” the tall, 750-millilitre Labatt 50s that were dispensed on the ready.

Reacting to news of the restaurant’s potential closure, Montreal-based novelist Sean Michaelssaid on Twitter, “what makes this so truly awful is that it’s the very place i would wish to go if i were mourning the death of the best dive bar in town.” Meanwhile, Globe and Mail reporter Eric Andrew-Gee, who in 2016 wrote a tribute to the bar, also took to Twitter, saying, “Apparently my favourite bar is closing. Idée Fixe was the perfect local, a true gathering place, where strangers met on an equal footing.”

Earlier this week, @FNoMtl posted that strip club Bar Exxxotica a little further up the street from Idée Fixe had been sold, and Buvette Chez Simone, from which patrons would naturally trickle into adjacent Idée Fixe, has yet to reopen for takeout since a fire in December.

Though the reason for Idée Fixe’s closure is unconfirmed, patrons have not played its iconic jukebox or storied pool table in months. Bars across the city were ordered closed in October and remain so until this day, leaving many like Idée Fixe without the buoying forces of takeout and delivery that have helped to keep restaurants afloat.