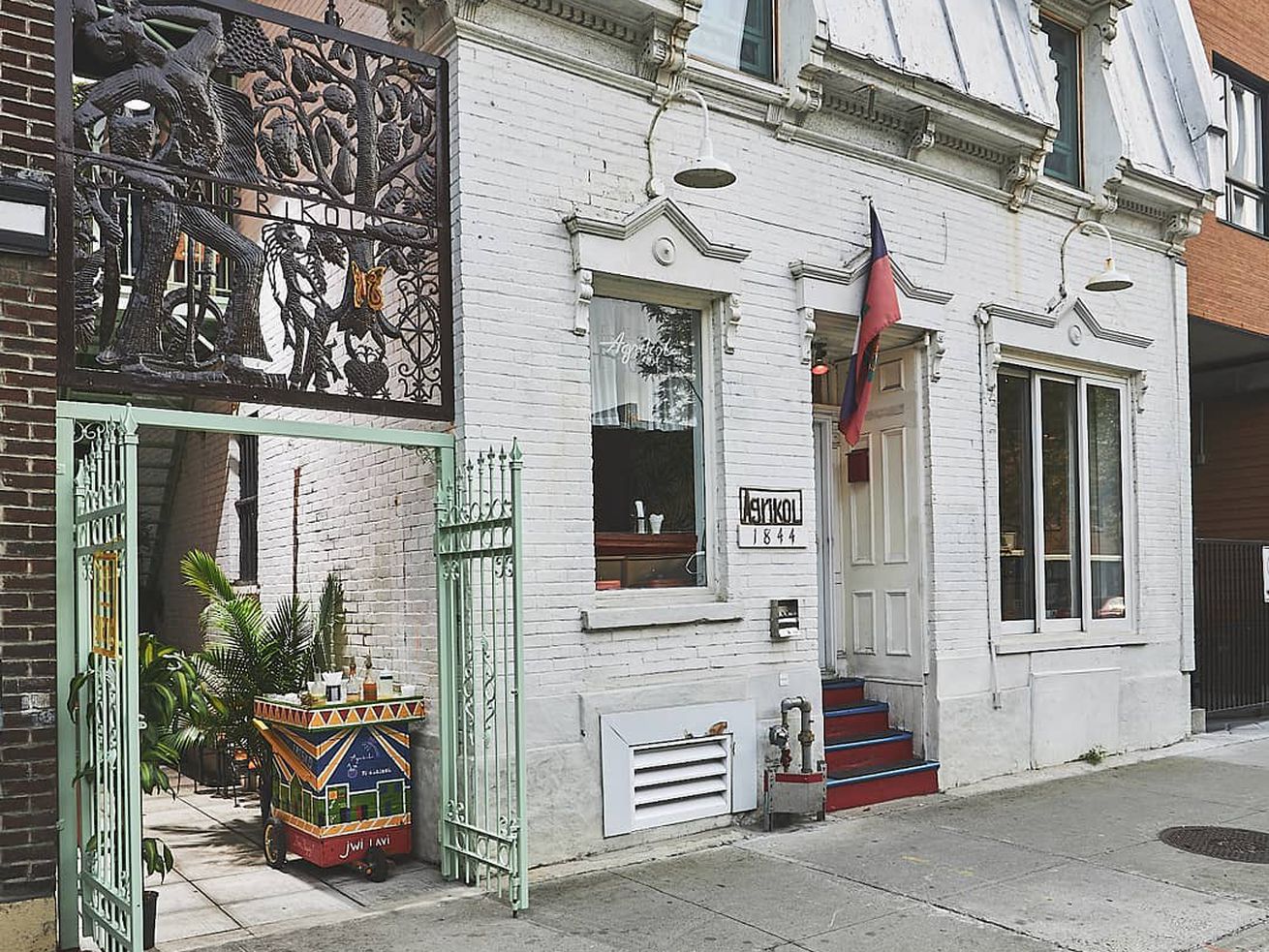 This one really stings: Famed Village Haitian restaurant Agrikol announced that this past weekend would be its last — at least “for the foreseeable future.”

The restaurant issued a statement on Facebook and Instagram early Saturday afternoon, accompanied by a photo of front-of-house manager Kodjo Aokou sitting on the restaurant’s stoop, manager Ralph Destiny leaning on its white-painted brick facade, chef Hans Marckley crouched in the window, and the flag of Haiti billowing up top.

“This isn’t a goodbye so much as a ‘see you soon,’ and we want to take the opportunity to thank you — our community — for the years of support, togetherness, and solidarity. Agrikol is a special place, and the magic will be back wherever and whenever it becomes possible to celebrate together again,” the post reads.

“Special” is an apt descriptor for the restaurant. Whether downing some griot or oxtail out back in one of the city’s coziest terrasses, seeing through the seemingly interminable wait for a table at the conveniently located Ti-Agrikol bar next door, or soaking in the Caribbean rhythms and the Barbancourt (with the necessary Ti Ponch cocktail fix-ins) inside, locals and out-of-towners would agree Agrikol has held a singular place in the fabric of Montreal’s dining scene.

The restaurant was originally opened in early 2016 by Arcade Fire members Win Butler and Régine Chassagne, along with Toronto restaurateur Jen Agg and her partner, artist Roland Jean, though the latter two amicably broke off from the venture in 2018. More recently, the restaurant saw the departure of its chef Paul Toussaint, who now runs his own Caribbean restaurant, Kamúy, in the Place-des-Arts area.

After the announcement, Marckley, the restaurant’s current chef, wrote on Instagram, “This is the end of a chapter and the starting of a new one. I’ve had the chance to work with nice people and take advantage of learning from them. It’s a bummer it has to be like this but i’m also excited for what is next!!!”

Next-door’s Ti-Agrikol, of the same ownership, hasn’t issued any statements on its social media accounts — now or since April. Eater will update this article once details regarding the future of the adjacent bar become available.