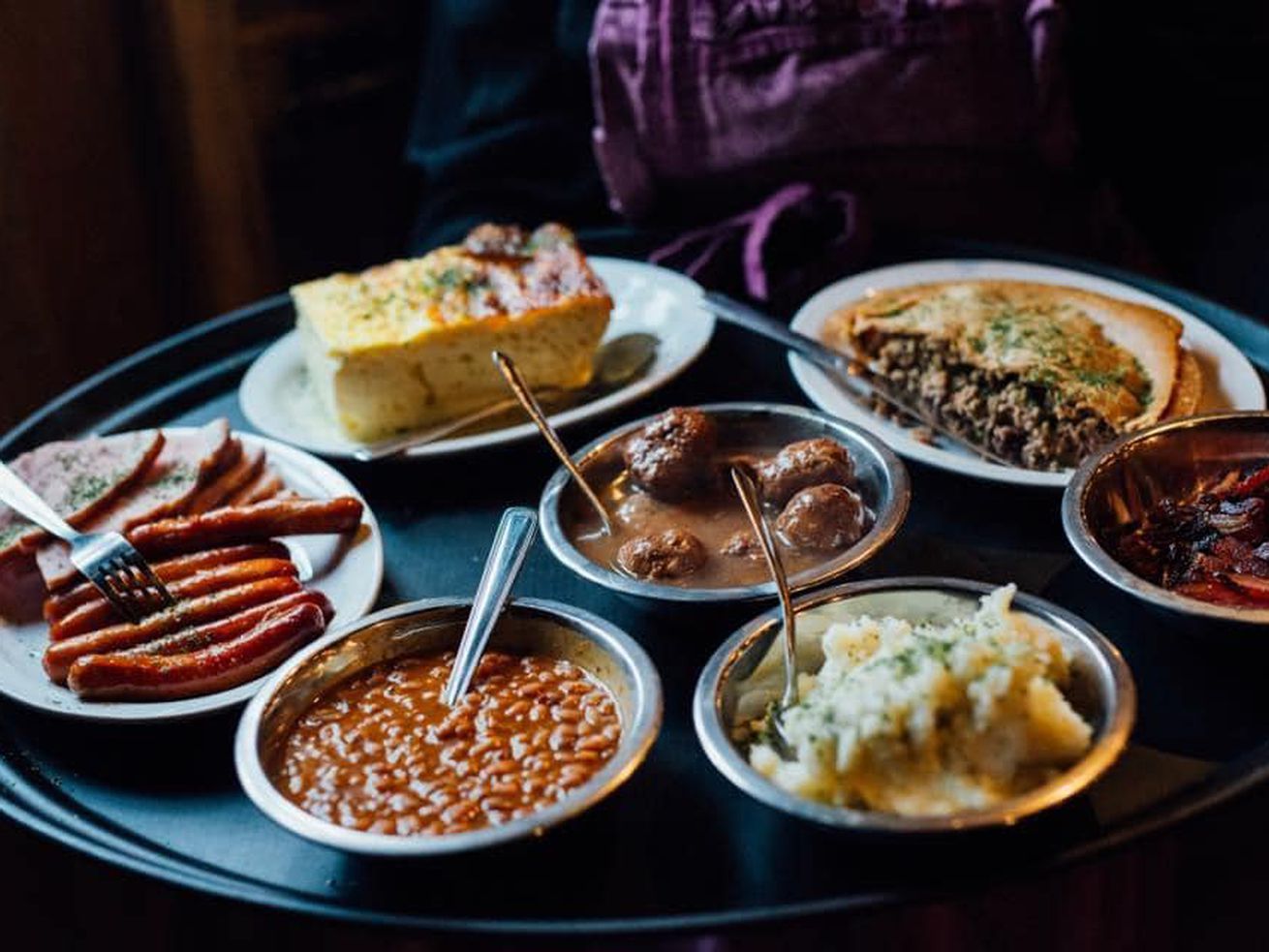 As temperatures begin to rise, sugar shacks across the province typically prepare to welcome diners to grab a stick and roll up puddles of sticky maple syrup off fresh mounds of snow, inhale titanic spreads of maple ham, fèves au lard (baked beans), and oreilles de crisse (deep-fried pork jowls), and immerse themselves in the centuries-old springtime sapping tradition. The coronavirus put a damper on last year’s festivities, but this time around, a group of close to 70 sugar shacks have signed on to an initiative they hope will mitigate another year of loss.

Launching today is Cabane à la Maison (a play on “cabane à sucre,” the French term for sugar shack), a website that allows Quebecers to place orders for takeout and delivery of boxed — though otherwise traditional — sugar shack feasts, giving the establishments that cook them an additional channel to sell their sugary goods. Meals provided by participating sugar shacks can be picked up at one of grocery store chain Metro’s 196 outposts, bringing the rural experience to urbanites who in previous years would have made the excursion off-island to places like Montérégie, where there is a concentration of establishments upholding the tradition.

Metro’s buy-in helps extend the reach of sugar shacks in red zones who as result of ongoing coronavirus restrictions are still limited to takeout or delivery. But even establishments in orange zones like Outaouais, where dining rooms are permitted to reopen, are signing on. After all, social distancing doesn’t allow for the tightly packed seating of large groups (often of strangers) on elongated log tables that’s responsible for the lively sugar shack atmosphere and the springtime revenue influx. CBC reports that the owner of a sugar shack in Gracefield, Quebec, has decided to remain closed even as the region moves into the orange zone, because he’d only be able to host 20 guests at a time as opposed to a typical 100.

Last year, the coronavirus hit right as the boon of sugaring season was about to come into full swing, forcing sugar shacks to close before its sugar pies, preserved beets, and other confections could be consumed. As a result, one-quarter of the province’s 200 sugar shacks have folded; another quarter adjusted their operations to become solely maple syrup producers, so that revenue could be generated year-round from grocery store sales, as opposed to rowdy and, more crucial, seasonal, dining room operations.

These figures are from a study conducted by Stéphanie Laurin, the chair of the Association des salles de reception et érablières du Québec (ASEQC), and the owner of Chalet des érables in Sainte-Anne-des-Plaines. After results of the study were made public in December, ASEQC teamed up with Montreal marketing firm Prospek to build the Cabane à la Maison website, which received $50,000 in provincial backing.

With tourism still at an all-time low, a drop in sales is to be expected nonetheless, but the hope is that with Cabane à la Maison it won’t be the 90 percent a survey conducted by ASEQC says sugar shacks sustained last year. “Our goal is to save the tradition so that next year we can gather once again for great times together,” Laurin is quoted saying in a press release. “Our sugar shacks are teetering on the brink. If we do nothing, 75 percent of them may soon disappear forever.”