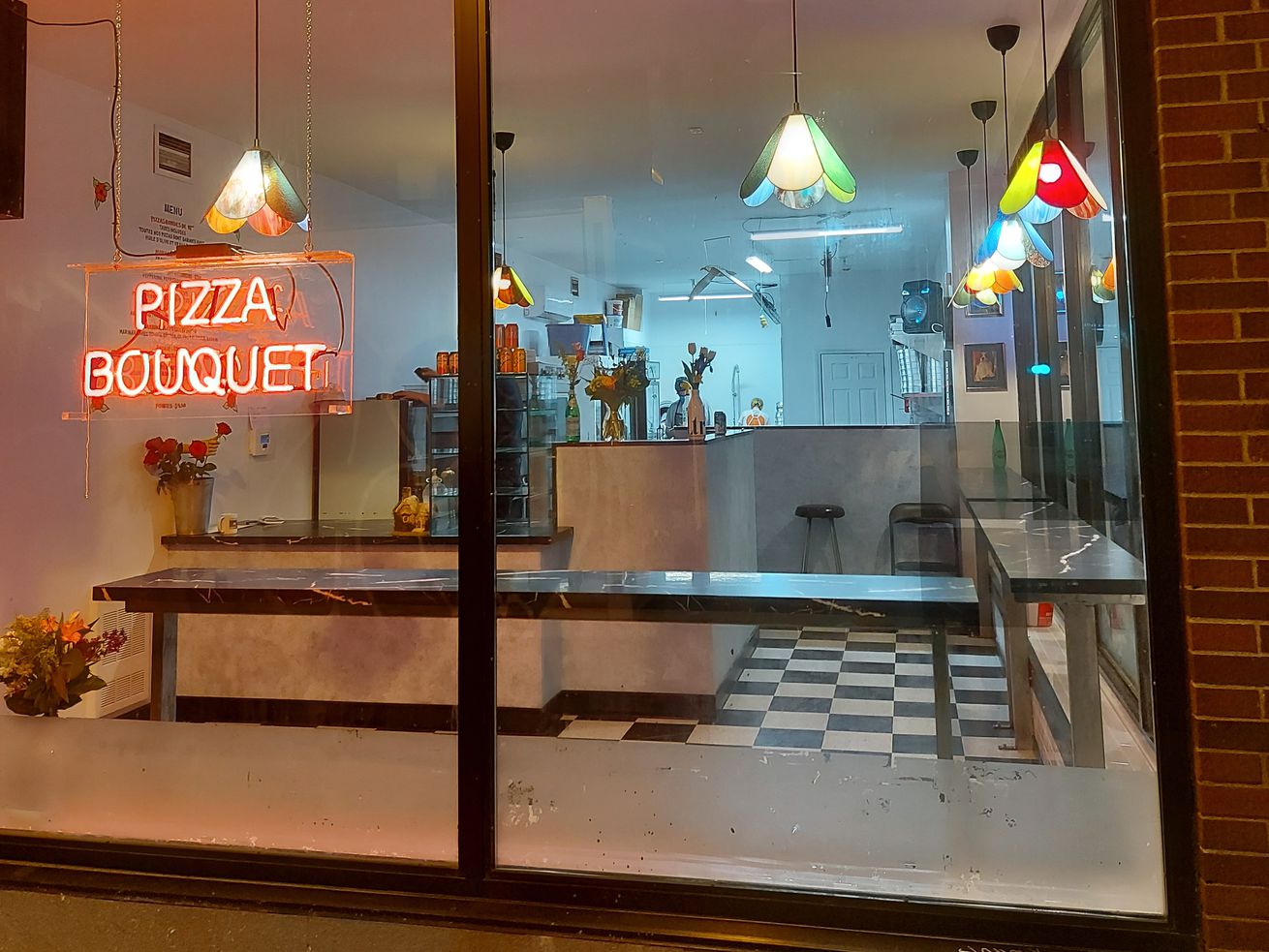 The wait is over: After winding down operations at its original location inside Beaubien Street’s bowling alley bar Notre Dame des Quilles in October, Pizza Bouquet is back at it, with a new location steps away from its first.

Pizza Bouquet officially reopens today at 45 Beaubien Street East, corner Saint-Dominique, in the space that once housed Pastaga’s pint-sized grocery store Le Petit Coin. On offer is a familiar menu of 16-inch, crisp, yet chewy, olive oil-coated pies, including longstanding favourites, such as a creamy potato rosemary one; the “soppressata,” with the Italian spicy salami, red onions, goat cheese, and a drizzle of honey; and “a l’envers,” an upside-down pizza with mozzarella on the bottom and garlicky tomato sauce up top.

Leaving NDQ wasn’t easy for owner and pizza maker André Theriault, who has fond memories of his front-row view to the bar’s Sunday night karaoke sessions and patrons’ many late-night bowling antics – when bars were open, of course. But the upgrade in space means the ability to crank out triple the number of pizzas possible at its comparatively limited station tucked toward the back of the bar.

“It was pretty tiny, and that was a huge issue. I loved working out of NDQ. It was really great, but it was a bit limiting. In that space, we could only do a maximum of around 60 pizzas a night.”

Drawbacks like insufficient refrigeration space needed to ferment the dough, a too-small oven, and electricity unable to support additional appliances have all been addressed in the new checkered-floor space, designed and largely built by David Evans (involved in Toronto restaurants Quetzal and Mercato), Theriault’s new partner for this new version of Bouquet.

Theriault, who’s previously held stints at BlackStrap BBQ and Tejano Burrito, recalls in the early days of Pizza Bouquet, back in 2018, that he had actually hoped to keep a low profile, for fear of not being able to meet growing demand. Of course, word got out, and Bouquet was selling out its large pies on most nights. “I wanted to keep it a little hidden, but now with the new spot, that’s definitely not the case,” Theriault says. 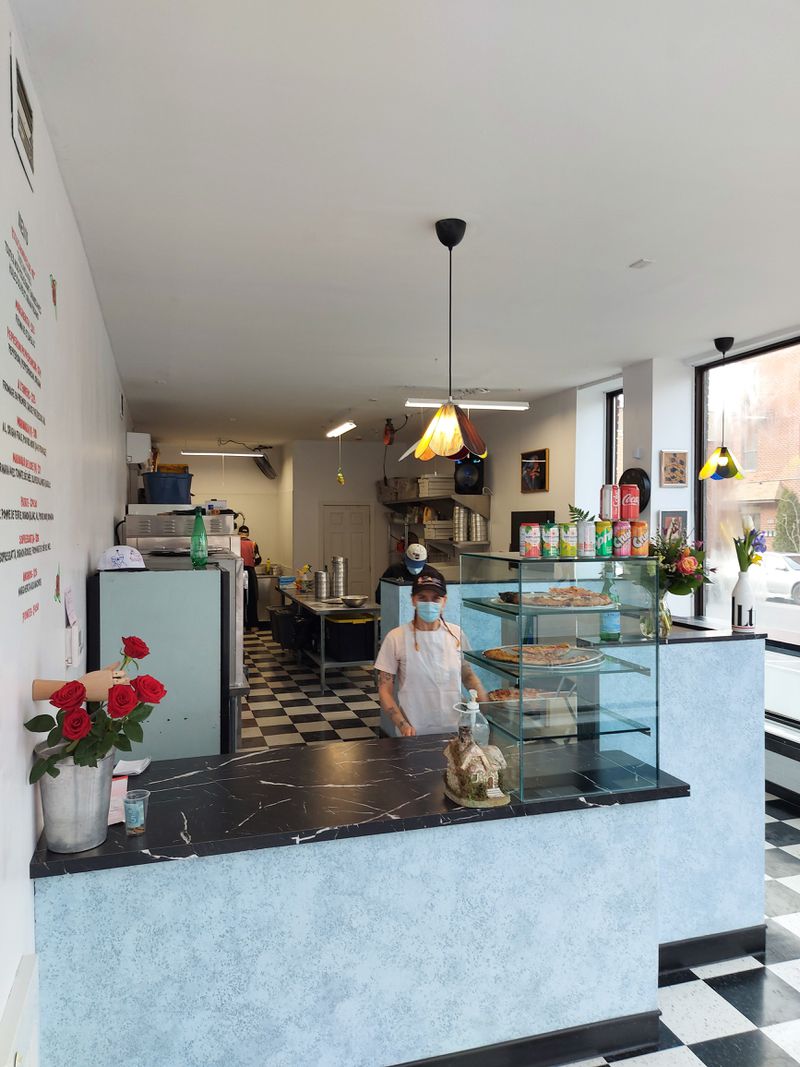 Like Pizza Bouquet’s popularity, its classification as a New York-style slice was also in some ways bigger than Theriault, who says he’s never actually claimed to be offering New York-style pizza: “I just kind of let people always say that.” He believes that Bouquet’s oversized slices might have propelled people toward the New York association.

Theriault explains that the pizza’s origins do somewhat trace back to New York, with the original dough recipe first consulted being of that style. However, months of tinkering and experimentation significantly altered the pizza base to the point that calling it such might be a bit of a stretch. As for the oven used, it’s one meant to replicate the coal-char characteristic of pizzas from New Haven, so Theriault has been told.