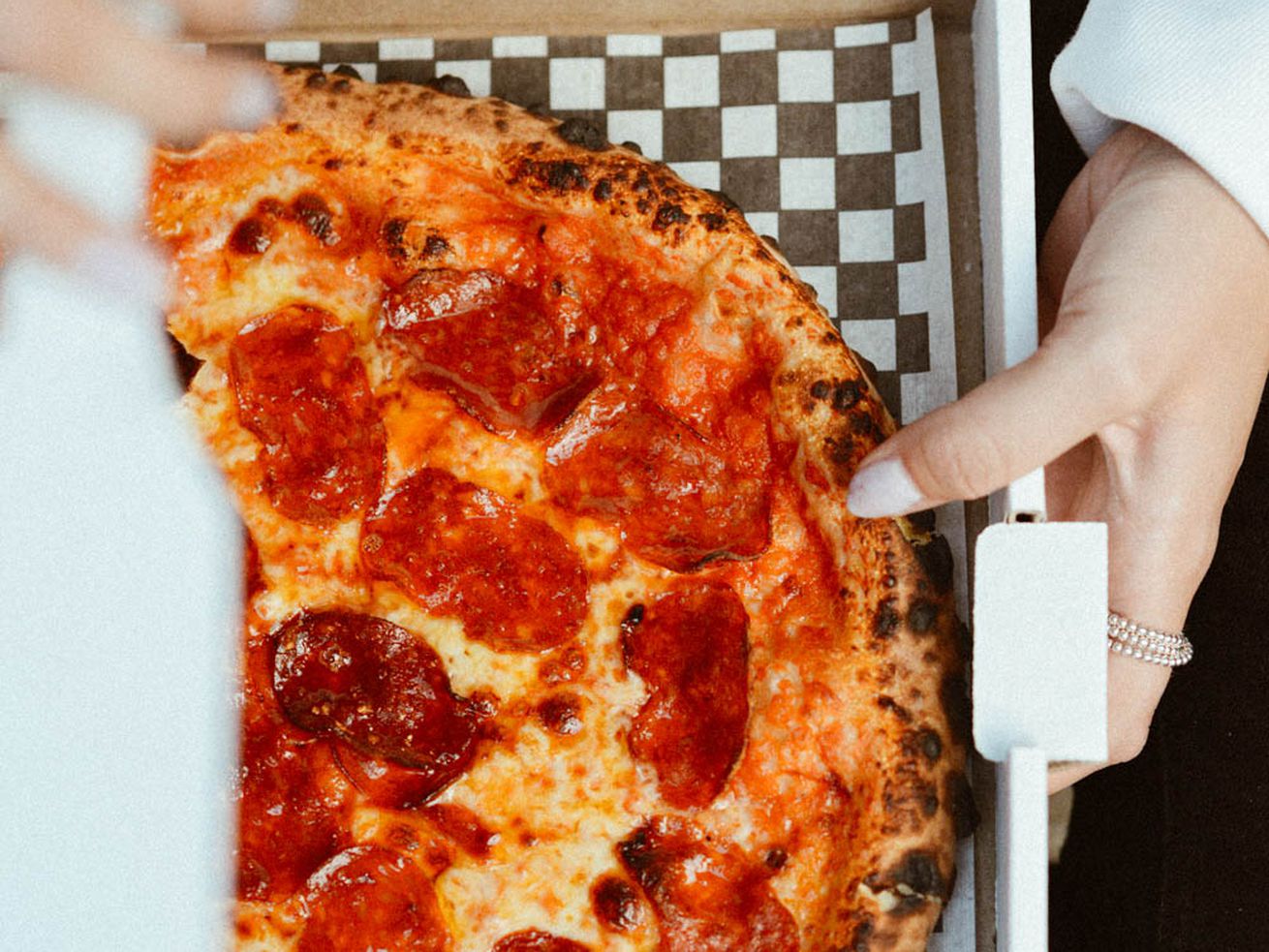 Plus Dic Ann’s special sauce is now for sale, and some more fried chicken in the city

MILE END — Just short of two years since opening the first Fugazzi pizzeria in Pointe-St-Charles, the Barroco Group, which also owns French-American diner Foiegwa and neighbouring Atwater Cocktail Club, has opened a second location, on St-Laurent. Fugazzi Presto, as its name suggests, is more grab-and-go than its precursor, but maintains the same menu of Neapolitan-style pies (and the same beloved flavours: “Over the Rainbow” with ham and flambé pineapples, the cheesy “Liberace,” and “Wu Tang Killa Bees” with honey, calabrese, and thyme) and cheesy sides. Design of the new Mile End slice shop was executed by the Gauley Brother, who also oversaw the original Fugazzi on Centre Street, and other Barroco restaurants.

CITY-WIDE — When homegrown burger chain Dic Ann’s announced on Facebook that its jars of spicy meat sauce and spicy mayo would be “coming soon,” Montreal fast-food loyalists rejoiced to the tune of 3,400 comments and 1,600 shares. As of yesterday, December 16, customers can pick up a jar (but four per customer is the maximum) at one of twelve locations in and around the city to recreate Dic Ann’s famous thin patty slathered in warm sauce creation — or some of the other recipes the chain has released to mark the occasion.

SHAUGHNESSY VILLAGE — After opening less than a year ago on Sainte-Catherine Street, just west of Concordia, Baja-style fried fish tacos purveyor El Pescadito has permanently closed, reports Silo 57. It’s last social media post dates back to March 4, when it told followers (before the province-wide coronavirus restaurant lockdown) that it would be closed indefinitely due to technical difficulties. It has now answered a commenter asking whether it had closed for good with the following, “yes [sad face emoji].”

DOWNTOWN — JaKo, presumably a portmanteau for the Japanese and Korean cuisines at the root of this new fusion restaurant, has opened on de Maisonneuve, steps east of Saint Marc. For appetizers, they’ve got the mandatory karaage, some agedashi tofu, korean pancakes, salads, and more; as for mains mains, there are rice bowls (donburi and dolsot, each representing the classic Japanese and Korean takes), as well as katsu and udon — each with a minimum of six varieties.

LA-PETITE-PATRIE — Ton Quartier, a small hybrid grocery store and café, has opened its first location on Rosemont boulevard, reports Time Out Montreal. In addition to selling local, sustainable products (jams, pickles, pestos, etc.) and coffee, its team of chefs (Simon Medina, Rita-Adèle Beaulieu, and Valérie Doucet) are churning out ready-to-go dishes, sandwiches, and house-baked treats. The team is launching two more locations — one in Pointe-Saint-Charles and Ville-Marie — in 2021, with plans to keep expanding thereafter.

VILLERAY — Located just across the street from Jarry Park since the end of September is LaRuelle, a Latin American sandwich shop, café, and grocery store. In addition to items like arepa sandwiches (veggie or pulled beef) and an esquites grilled corn salad, are some other Southern comfort food options like baby back ribs brushed in a Kansas-style barbecue sauce and a three-cheese mac and cheese. Their grocery store component is stocked with canned goods, Colombian coffee, hot sauces, dulce de leche, and more.

La Ruelle is open daily as of noon, and is located at 7807 St-Laurent.

WEST ISLAND — A new Korean fried chicken haunt has landed in Kirkland. Corilla offers the bird doused in sweet and spicy sauce, soy garlic sauce, or in a simple, sauce-free state. The menu is padded with soup options, dumplings, bibimbap, seafood pancake, and other Korean fare, all reasonably priced.