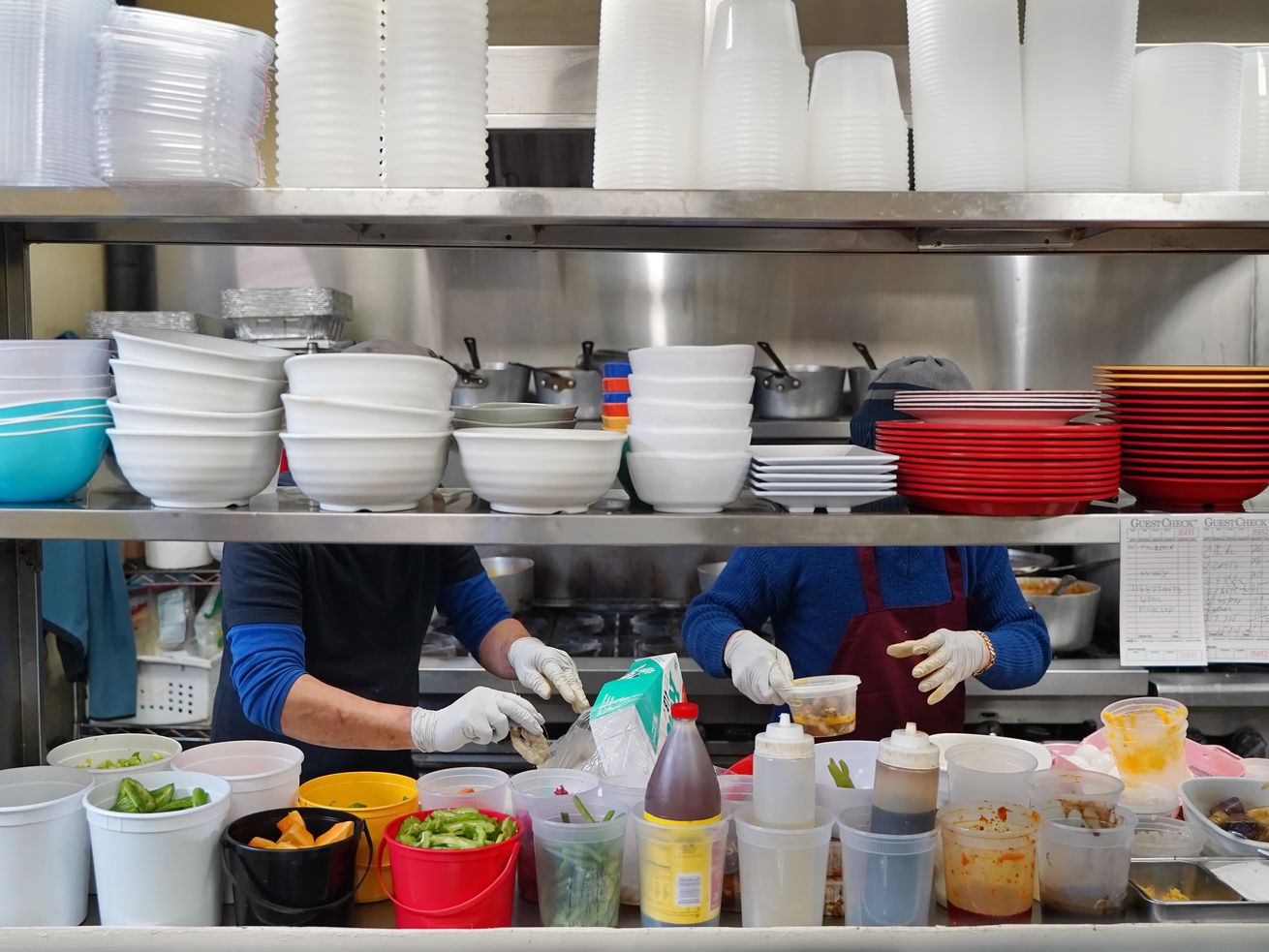 The ARQ is displeased with the $0.40 increase that comes into effect May 1, but others say it’s not enough

A marginal increase to Quebec’s minimum wage comes into effect on Saturday, May 1, and the province’s largest association of restaurateurs isn’t thrilled about it.

“Given the current situation, the ARQ considers this increase to come at a very bad time for the industry,” the ARQ says (originally in French, but translated here) in a statement posted to the news section of its website on Wednesday, April 28. The minimum wage is slated to increase by $0.40 to $13.50, and by $0.35 to $10.80 for tipped workers.

Restaurants have been closed for in-person service for the last seven months due to government COVID-19 health restrictions, and though takeout and delivery are permitted, the setup only yields about 30 percent of what revenue would be during normal times, the ARQ says. These conditions, it adds, are prompting half of Quebec’s teetering restaurants to consider permanent closures.

“Under these circumstances, the increase in the minimum wage risks worsening the precarious situation of many restaurateurs. The ARQ would have preferred the government to freeze this increase in order to allow restaurateurs to regain some normalcy,” the ARQ says.

There’s a lot to unpack here. The health crisis has, as the ARQ says, certainly brought on a cascade of financial distress to employers, who are struggling to keep afloat amid mass government-mandated closures without a clear end in sight and what many consider to be insufficient support. But so are the industry’s employees, who quite literally are putting their lives on the line every day in ways they’ve never had to before. Is an extra 40 cents really too much to ask?

If that question, intended to be rhetorical, elicits a “yes” from restaurateurs lamenting the industry’s too-thin margins, then some labour advocates say it’s probably time to reassess the system altogether and heed the calls of Canadian workers fighting to overcome inequities baked into the restaurant industry.

“Who does keeping wages so low serve? Who does the ARQ serve? Definitely not the workers who could potentially make more on EI or CERB than by working 40 hours a week for minimum wage, even after this measly increase,” says Ellen Eamon, the general manager of revered Saint-Henri pizzeria Elena and a board member of the Montreal Restaurant Workers Relief Fund (MRWRF). “Employers can’t complain that restaurant industry workers are leaving in droves and it’s so hard to find line cooks if you aren’t willing to pay them 40 cents more, never mind a living wage.”

For many in the industry this is obvious, and some say it should come as no surprise to restaurant owners and a lobbying group like the ARQ — which represents nearly 5,600 of them in the province — that a number of the industry’s skilled workers might be compelled to reorient their careers when even a blanket government-mandated increase to the minimum wage is being met with resistance. Add to that the ongoing risk of doing their job; the new responsibilities they’ve had to absorb to ensure safety precautions are being met as customers pick up their food at takeout counters; the fact that they weren’t considered essential workers in the province’s vaccine rollout plans; and all the layers of precarity that pre-dated the pandemic; and it becomes clear that not only is a salary bump warranted, it’s not enough.

Jesse Massumi, one of the owners of Little Italy curry shop Pumpui and much-anticipated St-Hubert Street newcomer Pichai, agrees, saying in an email that “any pushback against a wage increase is an embarrassment to those of us who are doing our best to change the tide in the restaurant industry.” Rather than lobby against better wages, Massumi believes the ARQ should harness its position to urge the government to create new tax incentives that help cash-strapped restaurants offer fair wages and benefits. “Instead of fighting against our own workforce, our industry should be organizing to move towards a more equitable future.”

Massumi points to a multiple choice survey currently appended to the ARQ’s homepage, which he describes as “telling.” The survey asks readers what solutions they recommend to counter the labour shortage. The three options are: tip sharing between front and back of house, training and recruiting from alternative labour pools, and easing and accelerating procedures for recruiting abroad. “Maybe the fourth choice should be: living wages, health benefits, and paid sick days?” Massumi proposes.

While the ARQ points to the strains of the pandemic as the reason for their disapproval of the impending salary raise, they weren’t happy about it in 2017 either, and that was long before the coronavirus warped the industry. At the time, the lobbying group told Eater that compensating employees more would force owners to have to make thorny decisions about whether or not to increase menu prices.

But passing on the cost to the consumer is a plausible option, Eamon says, and one that Elena resorted to, with success, during the pandemic. The restaurant increased the price of delivery by 10 percent in December to include guaranteed gratuity for staff. “We were so worried our clients would be offended or resistant to paying 10 percent more. No one cared, no one noticed. Clients will pay more for something they want. We as employers and owners just have to be willing to take that risk for the financial wellbeing of our staff who are quite literally taking a risk serving the public every day.”

Massumi sums it up as such: “If your business model relies on minimum wage disposable labor, you are part of the problem.”

Hausse du salaire minimum le 1er mai [ARQ]
A New Coalition of Canadian Restaurant Workers Petitions for Ethical and Equitable Employment [EMTL]
Minimum wage is going up to $13.50, but advocates are calling for $15 an hour [CTV]
Montreal to Open Vaccination Slots for Essential Workers, but Not Restaurant and Grocery Store Employees [EMTL]