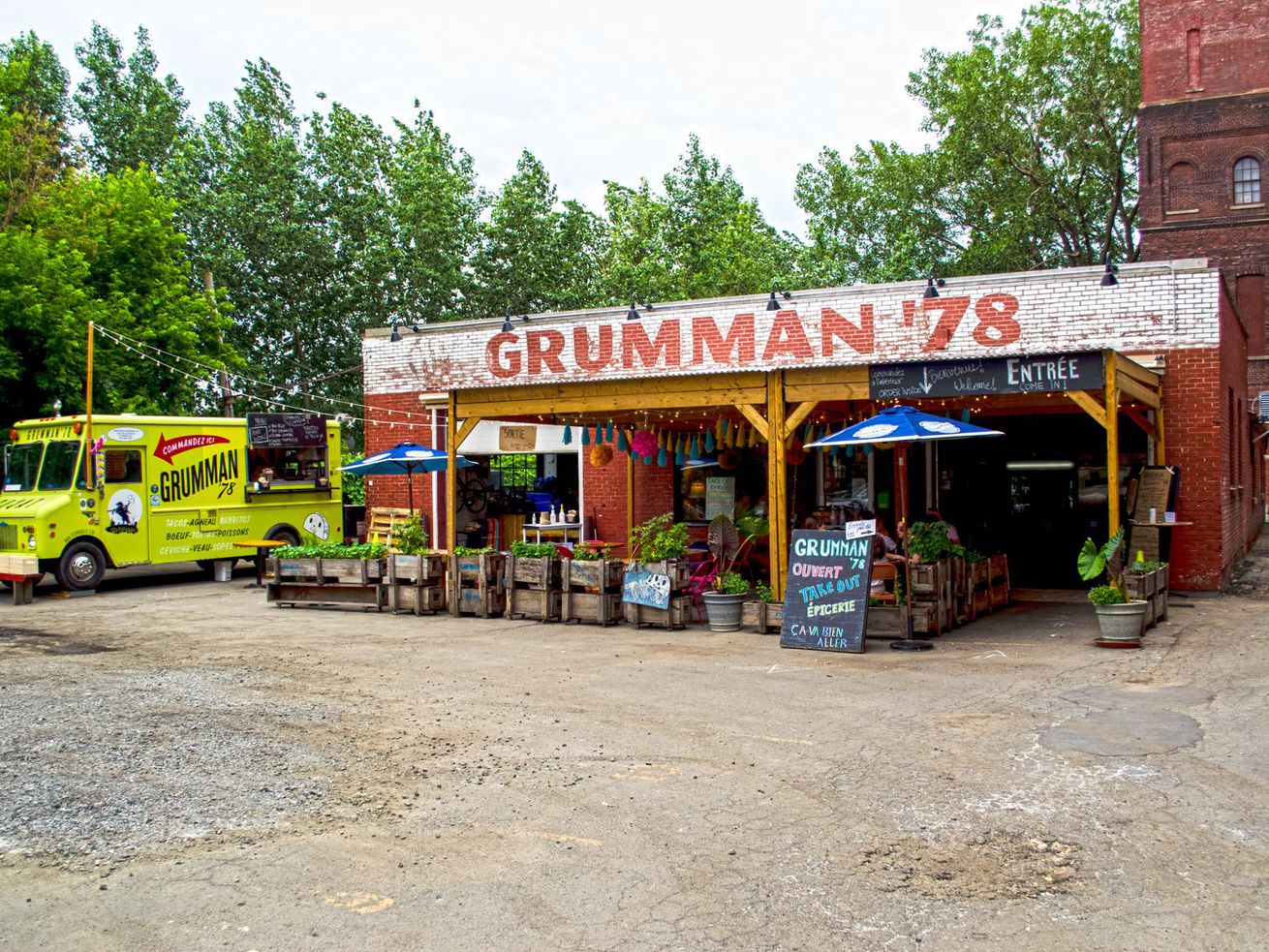 “They all hit hard, and each for different reasons”

As is tradition at Eater, we close the year by asking a group of food writers, bloggers, and others about town to weigh in on the year in food. Their answers — unedited (except for grammar) and in no particular order — will be revealed in several posts by the time the clock runs out on 2020. Here, they look back to some of the most heartbreaking restaurant shutters of the year.

Joanna Fox, food writer, and associate editor at ELLE CanadaIt was so heartbreaking to see Grumman 78 close. I wrote about them since they first introduced their food truck many years ago, and their HQ always had a special place in my heart. It was also sad to see news of Agrikol’s recent closure — that place had an amazing energy and spirit like no other in Montreal.

JP KarwackiTime Out Montreal editorThey all hit hard, and each for different reasons —Orange Rouge, Agrikol, La Récolte, Balsam Inn — but above all, Saint-Henri won’t feel the same without Grumman 78.

Iris Gagnon-Paradis, La Presserestaurant reporterI think the closure of Grumman 78 at the beginning of the second wave was really a shock for a lot of people, and it was really symbolic too because Grumman was one of the first places to change everything up to do takeout. I was also sad to see La Récolte, Orange Rouge and, just a few days ago, Agrikol go.

Grumman 78 Su (but we will make it to Ferme Bika, that’s for sure)Also La Caverne in Cote des Neiges has some really great memories for Farah and I when we first started dating — all the taxidermy, salat olivier, vodka, and the little Russian woman singing live accompanied by her mini laptop!Jason Lee, food blogger, Shut Up and Eat: Grumman 78. The pioneers of the food truck movement in Montreal; I also have great memories celebrating special events at their HQ. And, Bar-B-Barn. Because they’re one of those places you’d think would be open forever.

Clay Sandhu, food writer,Cult MTL: It’s sad to see any restaurant close — but it happens. Fortunately, nearly all of my favourite spots have managed, thus far, to stay in business. For me personally, I grieve the loss of Snack n’ Blues. It’s well-known that the aged owner Steve Katina-Glow’s best years were long behind him and the bar had been for sale for some time. But I liked it there — I liked the snacks, I was indifferent about the blues. It was among the few classic Mile-End icons left and I’m sad to see it go.

Anonymous, @FNoMTL: We’re still kind of waiting for the one that hurts. Le Pickup and Beautys being closed right now, even temporarily, makes me nervous.

They’re not restaurants, but Tokyo and Le Château closing was a reality check. Nothing is sacred. The things we associate with this city won’t survive just because of nostalgia or brand recognition.

Really, the thing that hit hardest about closures was realizing the immense trickle down effect. People travel here just to eat their way across the city. Students, artists, teachers, musicians — a ton of people count on waiting tables, working catering gigs, bartending or cleaning dishes, to do what they really want to do. Losing the ability to “go back to waiting tables” is huge. Losing those few weeks of festivals in the summer is huge. I don’t think we’ve come close to understanding how much this one industry affects everything else.

Amie Watson, freelance food writer, Montreal Gazetteand 5à7 Podcast: Come on, everybody’s going to say Grumman 78, no? Those guys inspired, trained, and helped so many other restaurateurs and food businesses in Montreal to launch their own places. They were also essential for getting food trucks legalized. And their St-Henri spot in the summertime was a destination. To me, they’re legends.

The other two that hit me harder were L’Escalier and Le Smoking Vallée. L’Escalier had such a great vibe and gave so many up-and-coming musicians a place to play. It was such an affordable, friendly spot. A cider and a bowl of vegetarian chili on a cold day definitely helped many a student get through a Montreal winter. And Le Smoking Vallée goes back to when St-Henri didn’t have a lot of cool restaurants. They had guts to go upscale BYOB in that area eight years ago and they managed to create such a loyal following. I hope they’ll be back in another context post-pandemic.

Rachel Cheng, photographer and food security activist: La Récolte: They were such great champions of local producers and growers, with a space and staff that made you feel like every meal was like coming home.

Ivy Lerner-Frank, Eater Montreal contributor: San Gennaro is around the corner from me, and even though they’re technically open, I miss hanging out there, especially on their terrasse in the summer (once I got over my fear of getting run over while drinking my cortado). I love all of their pizzas al taglio, but the breakfast pizza was really close to my heart, which is now broken since they don’t seem to make it any more.