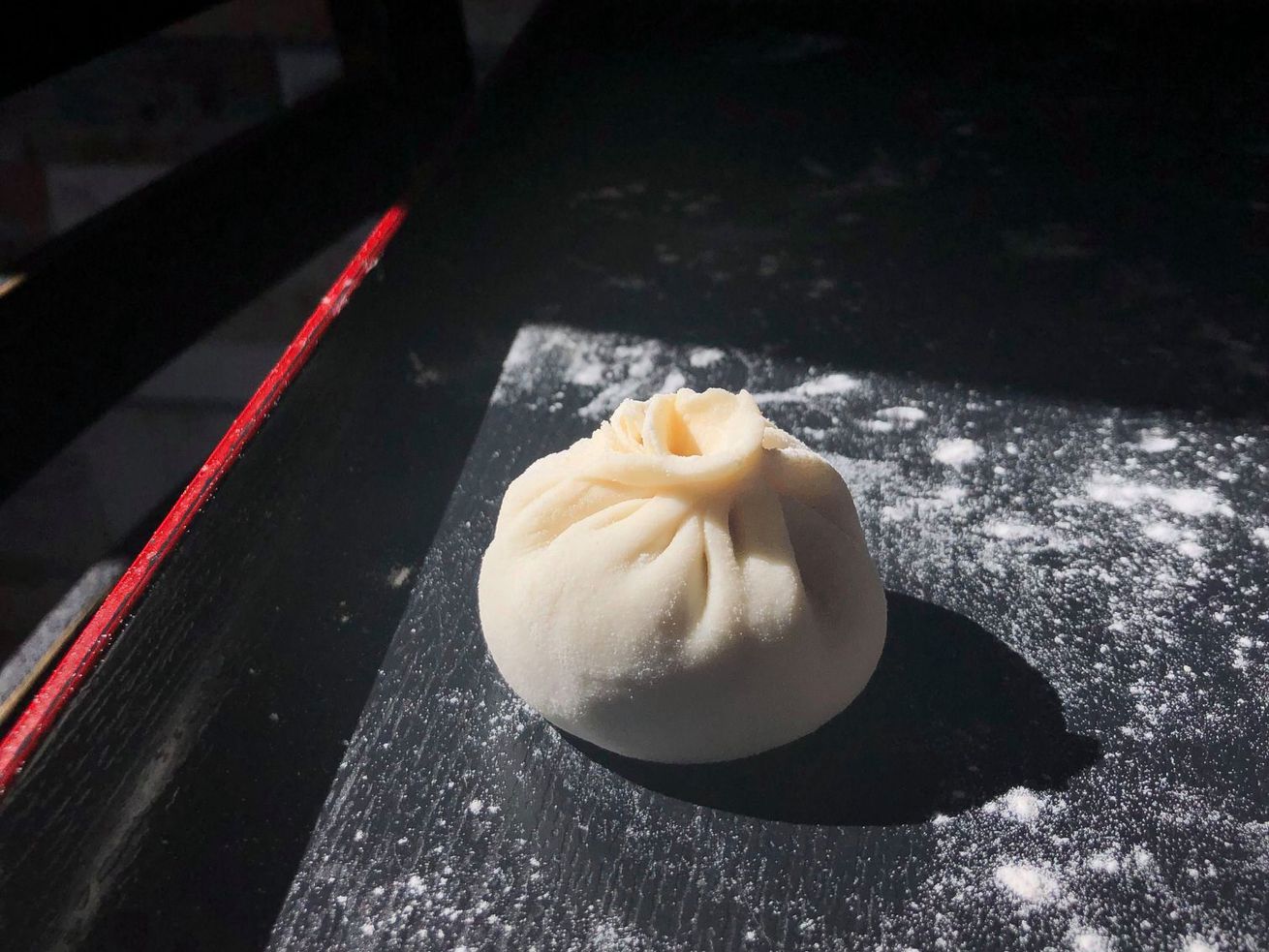 Plus, some Japanese BBQ, a new YouTube series spotlighting the city’s chefs, and Montrealers show up for phallic waffles

CHINATOWN — With just about six years under its belt, Shaughnessy Village’sexceedingly popular xiao long bao purveyor Sammi & Soupe Dumpling has expanded, with a second location on De La Gauchetière, by Clark Street, in Chinatown. The restaurant comes from the team behind another well-liked dumpling restaurant Qing Hua, which centers the jiaozi dumpling style, and also boasts two locations, catering to each the Concordia and Chinatown crowds. Sammi & Soupe Dumpling’s second location opened on April 9 in the space formerly belonging to a relatively short-lived outpost of Canada-wide chain Dagu Rice Noodles, and with the same menu as the original, spotlighting the warm, broth-filled dumplings originating from the surroundings of Shanghai.

OLD MONTREAL — So turns out there’s a real appetite for phallic foods in the city. Montreal Gazette broke the news that a pop-up serving penis-shaped waffles on a stick would be run out of Old Montreal wine bar Loam starting April 9, and the news swiftly made the rounds on social media. The day after opening, Zizi Pop (whose name and banana logo are both not-so-subtle allusions to the form of their creations) posted a photo to Instagram showing a lengthy queue of prospective customers eager for that chocolate-dipped or bacon bit-encrusted D. “So many of you came to see us, it was just crazy!” the caption reads.

LA PETITE-PATRIE — Anyone keeping an eye on upcoming St-André Street microbrewery Mellön Brasserie is in luck. Last week, the team behind the new project shared on Facebook that construction of its bar was complete, and its tanks were full. The team, armed with pedigree from Hochelaga-Maisonneuve brewery Avant-Garde, started brewing out of the new location, a block east of St-Hubert, on March 26, according to another Facebook post. Mellön’s taproom is expected to host up to 80 patrons at time (without restrictions on capacity, that is), Beerism reports. In the meantime, perhaps we’ll get our hands on some cans of their crisp lagers sometime soon.

Mellön Brasserie is slated to open sometime this year at 7141 St Andre Street.

Posted by Mellön on Tuesday, April 6, 2021>SHAUGHNESSY VILLAGE — With every passing week, it seems there’s one more food-related reason to visit the strip of Sainte-Catherine sandwiched between Concordia and Atwater. This time around, it’s an all-you-can-eat Japanese barbecue restaurant touching down between Saint-Marc and Saint-Mathieu, right by another beloved Japanese eatery, Kazu.

Gyubee is a chain restaurant hailing from Ontario, where it already boasts three locations in Toronto, one in Markham, and another in Ottawa — all with pretty glowing Google reviews (with averages ranging from 4.3 to 4.8 depending on the location). At these other outposts, the difference between the takeout and dine-in menus are stark, though expected given the logistical hurdles of bringing the grilling experience to diners’ homes. With the way things are going in Quebec, pandemic-wise, looks like we’ll be privy to something closer to the former, which at the other locations has included torched sushi rolls, teriyaki bento boxes, karaage, and more.

Gyubee is slated to open this summer at 1836 Saint-Catherine Street West.

MILE END — Seasonal, side-alley pop-up Parasol, located behind gourmet sandwich counter and someday wine bar Beau Temps (and before that taqueria Maïs from the same owners), is back for its sixth year running. Except this time, it’s opening early to take advantage of Quebec’s snow crab season. Whole crabs (served hot or cold), plus rolls, caesar salad with a sauce made of crab emulsion, and potatoes topped with a cream also made from the crustacean are all available for a limited time only — after that the focus will, once more, be on lobster.

HOCHELAGA-MAISONNEUVE — After serving the neighbourhood around Maisonneuve Market for about 10 years, Hoche Café has now been renamed Canard Café. New owners took over the café in January 2020, and with that change came the addition of a rotation of ready-to-eat meals. As of earlier this month, it has now made the transition permanent with new branding and signage, and dishes like bolognese pasta and French onion soup that incorporate the “canard” (duck) from its new name.

CITY-WIDE — The GOAL Initiatives Foundation, a charity focused on promoting mental health through sport, has launched a YouTube series spotlight easy-to-cook recipes and conversations with Montreal chefs as they await the green light on indoor dining. Burgundy Lion Group co-owner and GOAL founder Paul Desbaillets is the host of the new video series, called Squawk & Gobble, which will run throughout the spring, with appearances from the chefs behind Elena, Ichigo Ichie, Junior, Kamúy, and more. Watch the first episode here, featuring Nora Gray’s Emma Cardarelli :