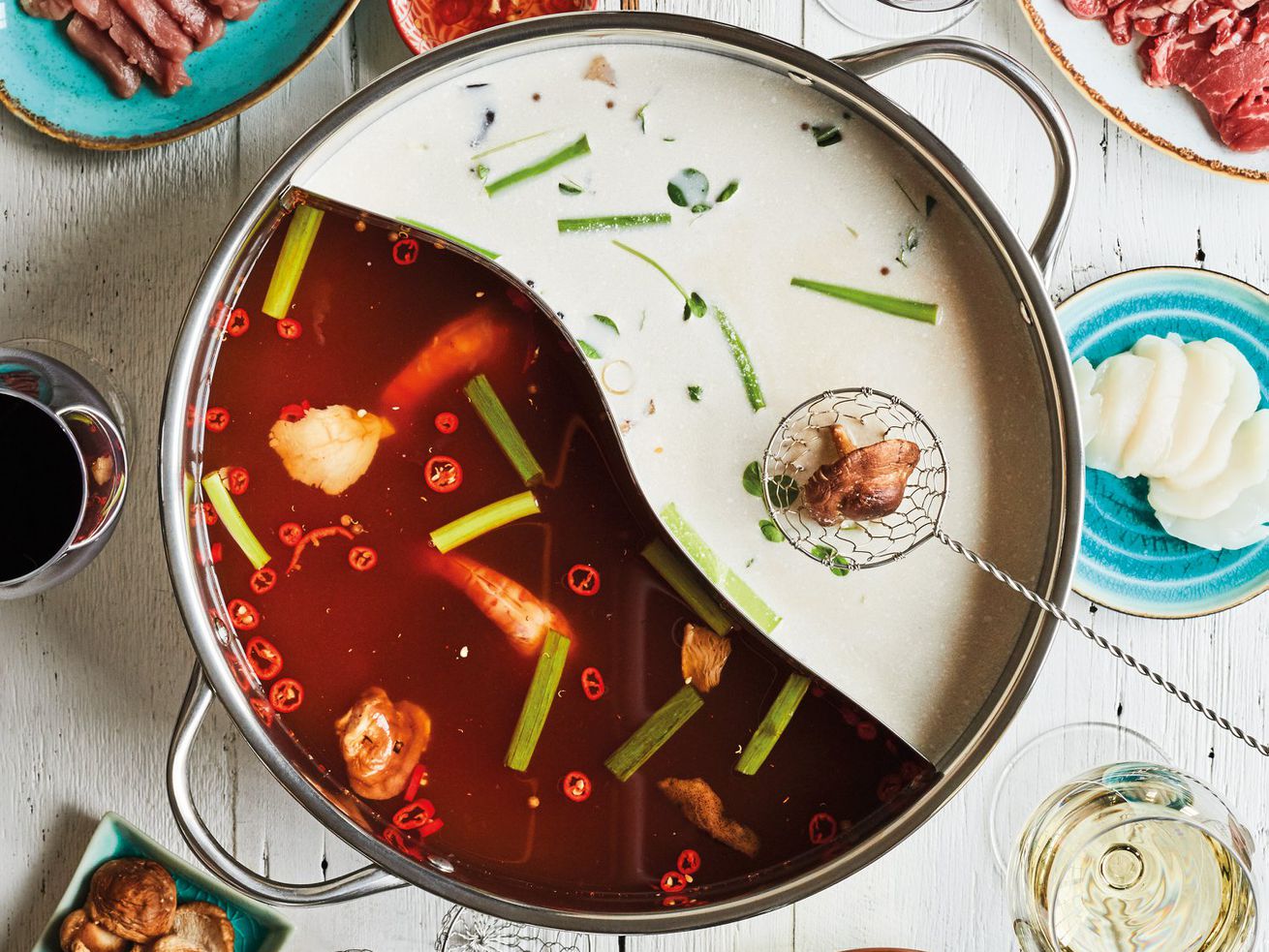 A recent post featuring a recipe for a “Mongolian Fondue” on the website of Quebec’s provincial alcohol monopoly, the SAQ, has drawn criticism on Instagram from those concerned with the amount of research and care put into the entity’s recipe development.

The recipe features on the SAQ’s Inspiration page — part of their “Fondue at the Cottage” recipe series — and includes such non-Mongolian ingredients as coconut milk and lemon grass. It is also complemented by samba oelek, an Indonesian chili sauce featured in many of the SAQ’s generic “Asian” recipes.

A post on the SAQ’s Instagram page yesterday prompted commenters to decry the recipe for being dubbed “Mongolian,” some even calling it “malhonnête” (dishonest). Among them, local food blogger and Chinese-Asian cuisine specialist Jason Lee (Shut Up and Eat) commented: “If you’re going to create a pseudo recipe for the sake of selling wines, at least make it believable instead of yellow-washing a bunch of ingredients because they’re Asian and anything ‘Asian’ fits in the same bucket.”

Rachel Cheng, a Montreal-based food activist who regularly leads discussions about race and food, commented saying, “I hope you understand that calling this recipe a Mongolian fondue is like calling Breton crêpes French pancakes — it just doesn’t happen, as these foods and their cultures are distinct… I suggest that the SAQ invest in anti-racist training. It may seem anodyne to someone who is not Asian, but in reality, similar gestures erase distinct cultures and show insensitivity.”

In it, he describes hotpot traditions across China and the region, from Beijing-style lamb to Jiangsu-region chrysanthemum flower hotpot, Yunnan mushroom, and Guizhou sour and spicy fish hotpot. While Yu refers to a southern-style hotpot in Hainan (south China) made with coconut and chicken in his piece, there’s not a goji berry in sight, and Hainan is over 3,000 kilometres away from Mongolia.

Subsequent to the pushback on Instagram, the SAQ modified its Instagram post to read “hotpot” rather than “Mongolian Fondue,” though, at the time of publication, the article on the SAQ website remains the same.

The SAQ further noted in the comments: “Thank you for your constructive comments about the recipe. We will revise the article and recipe name. Our team is currently working on this revision. We want to let you know that it’s an important matter for us and we apologize to the communities that might have been offended.”

Eater has yet to hear back from the SAQ on its request for further comment.