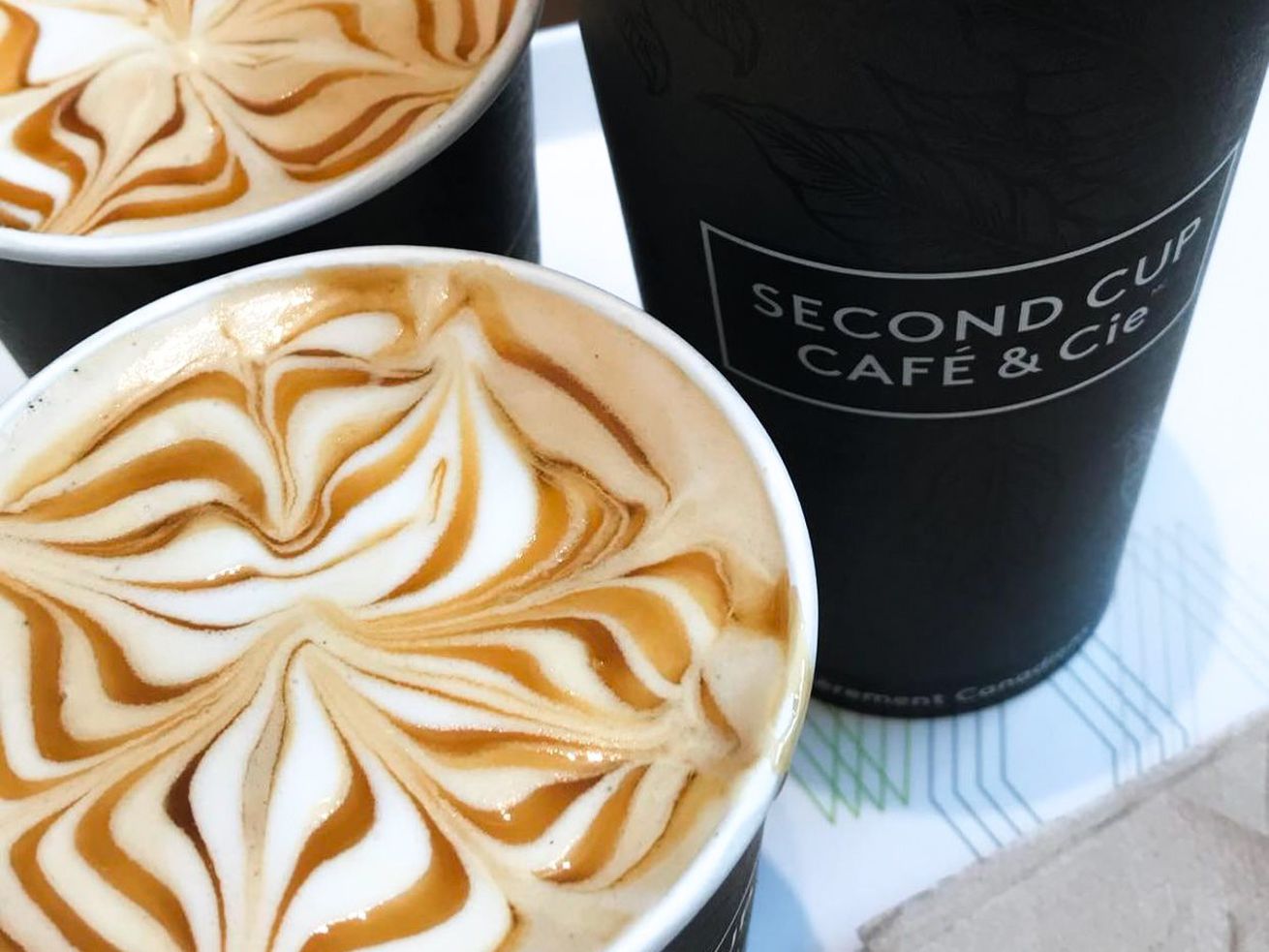 Canadian coffee shop chain Second Cup is on track to becoming a Quebec-owned business. Yesterday, Foodtastic, the Montreal-based restaurant franchiser that owns such local chains as Au Coq, La Belle & La Boeuf, Monza, and L’Gros Luxe, announced that it had signed a deal to acquire the chain from Aegis Brands for $14 million in cash, plus an additional sum dependent on performance post-purchase.

In an interview with The Canadian Press, Foodtastic CEO Peter Mammas said that all of his company’s 130 pre-existing locations would be serving Second Cup coffee within six months of the acquisition, and that the company plans to boost the number of Second Cup locations from 190 to 300 within 36 months.

In August, Second Cup announced that it would be closing some of its struggling cafés and pivoting to “non-traditional” locations in hospitals, airports, train stations, and other transportation hubs. What will happen to the 14 such locations that were scheduled to open in the next 18 months across Canada remains to be seen.

However, Mammas did say that suburban Second Cup locations had been fairing better during the pandemic than those located in downtown cores, and that new locations would reflect that trend. Foodtastic may close unprofitable Second Cup locations and replace them with outposts from some of its other brands.

The absence of morning commuters desperate for a cup of joe has meant sluggish sales all around. Last month, Starbucks announced plans to close up to 300 coffee shops across Canada by the end of March, and in August, Tim Hortons’s parent company saw a 31 percent downturn in sales compared to the previous year.