While the café’s past operators delivered a pared-down lunch menu, this latest change-up is predominantly liquid. It comes courtesy of Beta Bar, a new project spearheaded by Anthony Benda, the owner of Montreal mini-chain Café Myriade and Notre-Dame Street café-bar Cordova, and Shah Kash of Saint-Henri art gallery The Letter Bet and fried chicken slinger Bucky Rooster’s. Kash started toying with the idea of opening a café-like establishment spotlighting something other than caffeine with early collaborator and soon-to-be manager Ariadna Contreras, about two years ago now.

Rather than relegate patrons “to a single stale decaf blend,” Beta Bar’s recipe developer Andrew Hochhalter (previously of Cordova and Vin Papillon) has — with the help of Vermont herbalist Ally Sterling — developed a 12-item drink menu unlike any seen elsewhere in a city as awash with third-wave cafés as Montreal.

Examples include a concoction made from steaming alfalfa sprouts in oat milk, which they spike with bee pollen, honey, and lavender, and sweeten with coconut sugar. For an earthier alternative, there’s one called Terraform. It mixes powdered mushrooms and maca, a root grown in Peru, with dried and milled lucuma, and a touch of cinnamon — the one ingredient patrons will have already seen at a Montreal café, but likely only for the purposes of a quick foam-dusting, not its reported anti-inflammatory properties. Stress mitigation, energy boosting, and improved cognitive function are among the other benefit that some tout these ingredients as having. 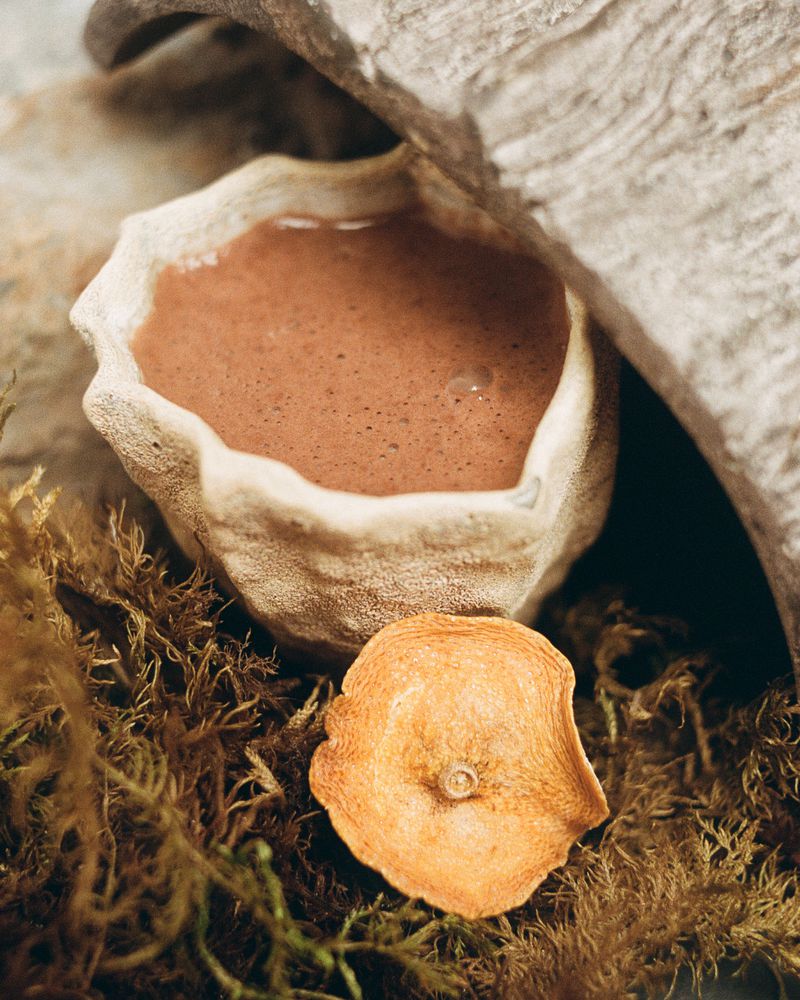 Tess RobyOthers may feel something akin to Goop-tinged apprehension toward a café dedicated to drinks made with ingredients popularized by the self-care economy (though notably drawn from centuries of herbal medicine and healing in Ayurvedic, Chinese, and other traditions), but Benda and Hochhalter insist their goal isn’t to bandwagon on that trend, as much as it is to provide an alternative to the many who have been re-evaluating their reliance on caffeinated beverages. As Benda notes, many of the ingredients Beta Bar is using are widely purchased for home consumption, but “there’s no commercial or retail space, where these types of drinks can be made for customers.”

On top of that, the team has made a concerted effort to move beyond the cursory addition of an “herbal tincture” or “adaptogenic powder” to an already delicious food item, as previously seen with foods like ice cream. Instead, Beta Bar has waded through hundreds of plants and natural ingredients and paired them in varying combinations “to balance flavours, sweetness, and texture,” Hochhalter says. They certainly can’t promise that one drink will be the antidote to any specific mental or physical ailment, but say that, at the very least, it will taste great and likely not be the cause of any afternoon jitters or late-night insomnia. (To be clear, coffee sourced from small-scale Canadian roasters will also be on offer, though only reflecting a “tiny portion of the menu,” Benda says.)

Benda is often accredited for popularizing the specialty coffee trend in Montreal with the introduction of Myriade in 2008, but, he says, he’s been trying to inch away from the drink for a while now. “This is my sixth or seventh project in Montreal, and almost everything else I’ve been part of has been coffee-based … I’ve been privy to how coffee affects people for practically half my life now.” With his last project, Cordova, Benda says he turned to cocktails as a new outlet, but, in his view, these bring their own “huge downsides,” due largely to their alcohol content. So, when Kash first approached Benda with the idea for Beta Bar, he felt that it was, at last, what he had been “looking for without realizing it.”

Bringing Beta Bar to Ssense seems like a natural evolution for Benda, who’s already had success with integrating Myriade into a Club Monaco outpost on Sainte-Catherine Street. As for Kash, Ssense’s reputation as a Montreal fashion juggernaut gels well with his own involvement in the city’s contemporary art and design scene. Come summer, though, the pair plans for Beta Bar to branch out on its own, with a standalone location on Notre-Dame, nestled among a growing assemblage of their other Saint-Henri projects.

Le Fantôme Owners Get Casual With Café Inside New Montreal Fashion Destination [EMTL]
Córdova Will Be an All-Purpose Cafe for St-Henri [EMTL]
Drink Up, Calm Down [Eater]