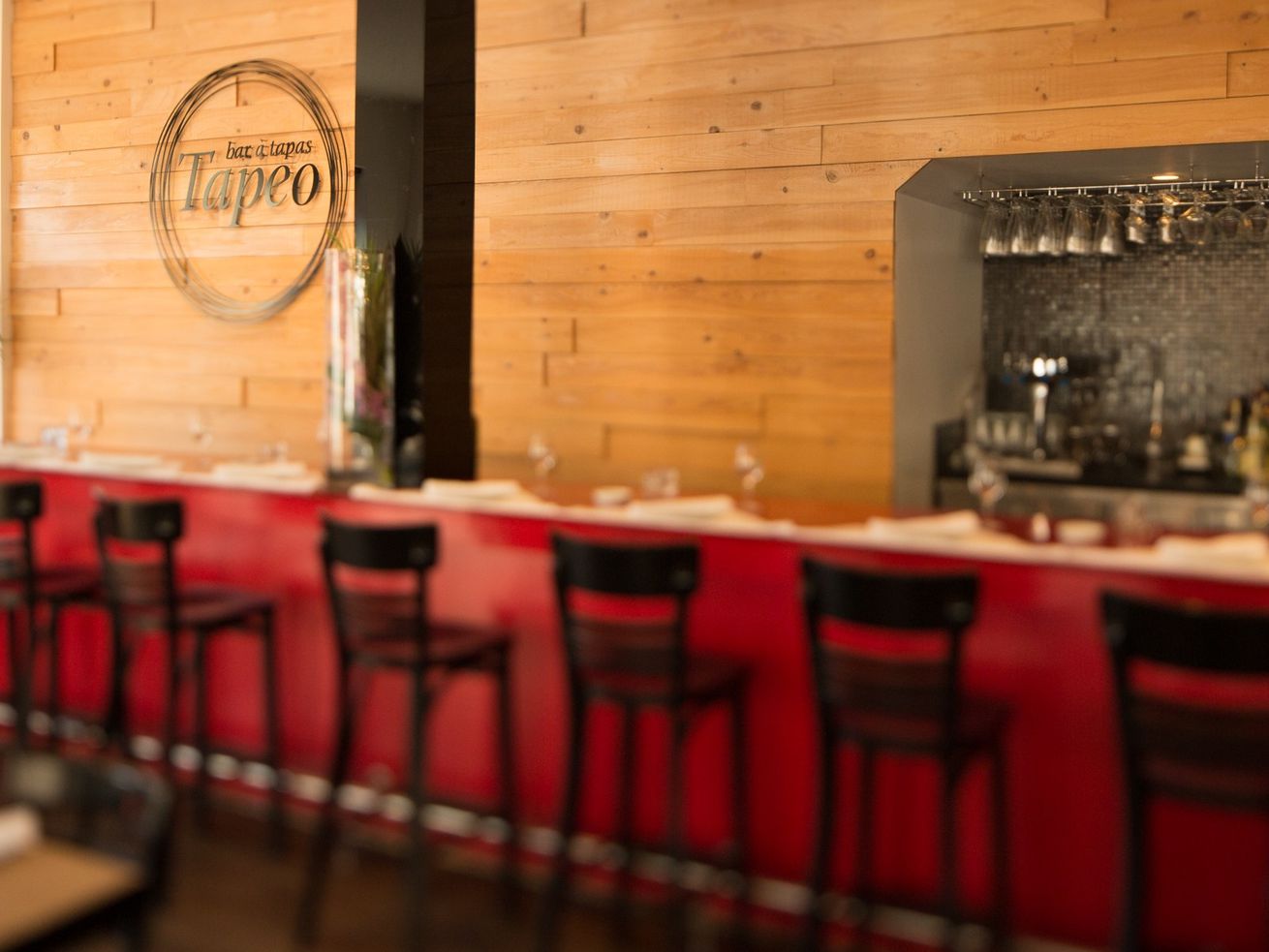 Plus, a break-in at a new Saint-Henri restaurant, pinball machine rentals, and Tastet’s new cookbook in support of the industry

VILLERAY — In the latest act of condemnation of the Legault administration from a Montreal restaurant, the folks behind Villeray’s Tapeo and Mesón have released a video on Facebook parodying the Quebec government’s daily press briefings. Clocking in at nearly four minutes, the video stars co-owner Victor Afonso as the “minister of all affairs,” co-owner Sébastien Muniz as “national director of logistical health,” and chef Marie-Fleur St-Pierre as the “minister of the health of sherry and recipes.”

Instead of reporting on the spread of the coronavirus, the three borrowed the press conference format to provide a count of the number of shrimp and paella sold and cases of potatoes lost. After some back and forth about how to address the squandered potatoes, St-Pierre turns to Muniz and remarks (originally in French), “But what you are saying isn’t clear.” Muniz, who is sitting to the left, where Dr. Horacio Arruda usually sits in the official briefings, turns to the camera, smiling, and says, “I know.”

In a comment provided to Eater over email, Afonso explains the reasoning for the video:

We made this video to reflect the nightmare we’re living and the fact that we are opposed to the current measures. But we also did it because we believe that you can close our dining rooms but not get rid of our creativity. We want to show that we are going to keep creating no matter what’s happening around us. Poking fun at how ridiculous the press conferences sometimes seem to be is also a way to bring laughter to people this holiday season — cause we sure need it!

SAINT-HENRI — Recently opened Indian restaurant Golden Thali in St-Henri was vandalized and robbed on Sunday night, according to a video report released by CityNews yesterday. The glass of the restaurant’s front door was shattered and the cash box was stolen, restaurant manager Harmanpreet Kaur Nagra says in the video. The restaurant, which opened at the beginning of November, had yet to set up security cameras or its insurance.

PLATEAU — St-Laurent bar and arcade North Star is renting out its pinball machines instead of letting them collect dust amid red zone closures, reports TimeOut Montreal. Rates range from $350 to $650 per month, and include delivery, installation, and technical support. “Deliveries to Montreal apartments with dangerous staircases or outside of Montreal are also possible, but with additional fees,” their website reads. Machines available for rent at the moment include a Dolly Parton machine from 1979, World Cup Soccer 94 machine, and a Stranger Things one for $500.

MILE END — Out of the same kitchen as his Spanish croquetas restaurant on Avenue du Parc, Chef Tigretón has launched another project, this time dishing out Madrid-style Spanish tortillas, made with all-organic ingredients. It is the sole option on the menu at OMLT, which weighing in at 1 kilogram, feeds two to three people, according to the item’s description on CHK PLZ.

DOWNTOWN — A 10-storey building featuring apartment hotels, condos, and a commercial space on the ground floor will take the place of 1234 Bishop Street, where downtown Montreal bar Irish Embassy Pub once stood. The bar has been closed since March 2018, when a fire ravaged the historic building. Nearly two years after the incident, the building was sold to the condo developers. However, this isn’t necessarily the end for the pub, which Maya Girlando of the new Bishop Embassy venture tells Global News, has “first dibs” on occupying the ground floor.