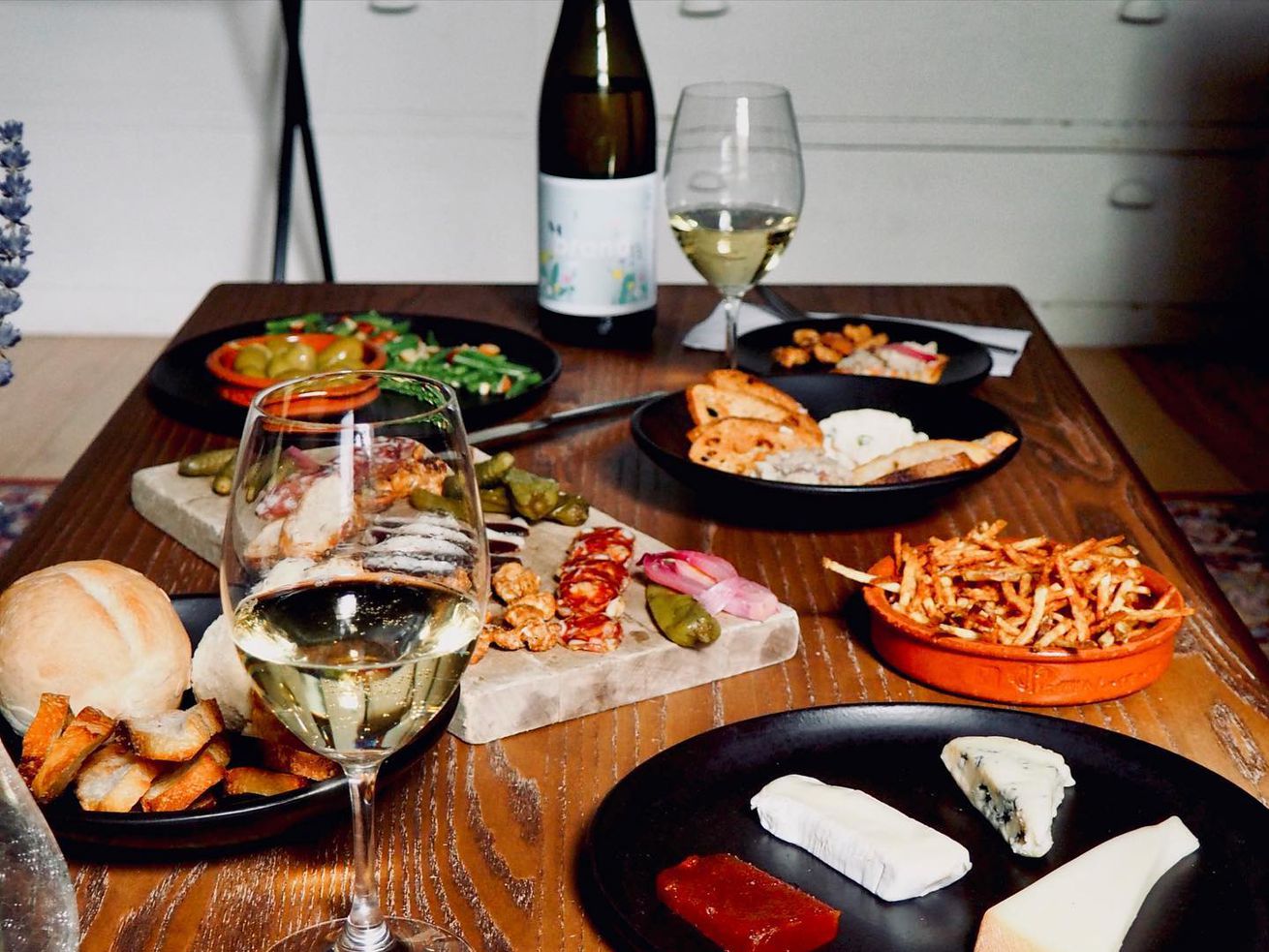 As is tradition at Eater, we close the year by asking a group of food writers, bloggers, and others about town to weigh in on the year in food. Their answers — unedited (except for grammar) and in no particular order — will be revealed in several posts by the time the clock runs out on 2020. Here, they share memories of their best meal of the year.

Joanna Fox, food writer, and associate editor at ELLE CanadaFor the brief moment restaurants were open this year, I went to Joe Beef one beautiful September night to celebrate my ten-year anniversary with my partner. We sat in the idyllic garden, surrounded by twinkling fairy lights. Chef Gabriel Drapeau’s food was exquisite, wine director Max Campbell’s recommendations were spot on, and the service was flawless. It was enough to forget about the pandemic — if just for a few hours — and a meal memory that both makes me so incredibly sad and nostalgic, and literally keeps me going.

JP KarwackiTime Out Montreal editorNothing will ever beat dining in, so it’s a three-way tie for me: My blissfully unaware, pre-pandemic meal with a friend at Le Coq de l’Est on the night of March 14th, eating an amazing steak with oysters at Provisions Bar à Vin, or celebrating good times during the summer’s reopening of restaurants at Time Out Market and Cadet.

Iris Gagnon-Paradis, La Presserestaurant reporterThat’s a hard one. I went to a few restaurants this summer when they were open and had a really amazing meal at the new Baie-Saint-Paul’s buvette La Louve (by the Faux-Bergers team). I also went to Monarque this summer and it was absolutely fantastic; that restaurant is a winner each time. In gastronomic takeout, it’s hard to beat Trifecta, the project from Club Chasse et Pêche, Le Filet, and Le Serpent’s owners. We were also delighted by a large sushis plate from Park for my boyfriend’s birthday. Soooo good.

At home experience – Maison Publique (WOW!!), Jun I & ParkTerrasse – Tinc set/AlmaPicnic – Cabane d’à côtéSandwiches – Diplomat (these were incredible and always a bit surprising in that classic Aaron fashion!)Jason Lee, food blogger, Shut Up and Eat: During the the summer at the height of Covid fatigue and when guidelines were loosened, our family gathered (responsibly) to order the biggest takeout feast from Restaurant Mon Nan in Chinatown. Part of it was the delicious food, but it was mainly being able to eat as a family again, which made it the best meal of 2020.

Clay Sandhu, food writer,Cult MTL: I got the chance to spend a few weeks in Gaspésie in late September. The whole summer had been such a joyful reprieve from the oppressively boring and locked-down spring. I ate lunch at the highly touristic but ultimately quite good Percé landmark, La Maison Du Pêcheur. We sat in the luminous and glowing solarium overlooking the Rocher Percé and we ate fish and chips and drank beer from Pit Caribou. It’s among my few cherished memories of this dreadful year.

Anonymous, @FNoMTL: Getting Juni I sushi and watching The Boys instead of the US election results was a great decision.

Though truly, that one last “meal” we miss the most was probably having coffee and biscotti, crammed into a booth at Olimpico, out of the cold. Waiting for different people to come and go all day.

Amie Watson, freelance food writer, Montreal Gazetteand 5à7 Podcast: It was more of a snack, but the first place I went after the first lockdown ended was Pullman Bar à Vin. We got the first reservation time on a Sunday, before the wine bar stopped opening that day, so the place was empty and bottles of wine were 50 percent off. It felt like such a celebration. We had the same server we’d often had before (in a face shield this time) and ordered those ridiculously good Cerignola olives with candied lemon zest and the deboned quail in the sticky-sweet Bourbon sauce. I want to cry now thinking about it.

I know they have a whole quail with chestnut stuffing and brown butter as part of one of their “tout inclus” holiday kit, but it’s just not the same. It’s a pretty amazing deal for 14 dishes and a bottle of bubbles for $140, though. And no, I’m not paid to say that.

Rachel Cheng, photographer and food security activist: Lawrence, during that magical period when they had a handful of tables on the sidewalk. It was late August and one of those days when the sky was deep purple, and the food, wine, and service were so perfect that it was almost ok that it was my only restaurant meal since February. They had this creamy fresh pasta tossed in seaweed from Gaspé that I still think about.

Ivy Lerner-Frank, Eater Montreal contributor: Mon Lapin had been our wedding anniversary splurge tradition, two years running. This year they were shut down for renovations, so we tried Damas for the very first time. I could not believe how delicious a salad could be until I tried Chef Nirabie’s fattoush — but the real thrill was the lamb kebab with sour cherries and pine nuts. (I’m still thinking about it, pretty much every day.)

With the holiday menus from two of my favourite special-meal spots, the competition got really stiff for best meal of the year. Mon Lapin’s duck in a Christmas tree, as Marc-Olivier Frappier described their duck confit in pine and juniper was so festive and savoury, and the chestnut and amaro Nanaimo bar hit that really good combination of just sweet enough and salty: it was absolutely revelatory. Beba’s tarte with foie gras and apple is my idea of the perfect combo on a similar theme — but then again, so is chef Ari’s quatro leches cake with passion fruit cream, for dessert. (Now it’s gotta be back to home cooking for a while.)