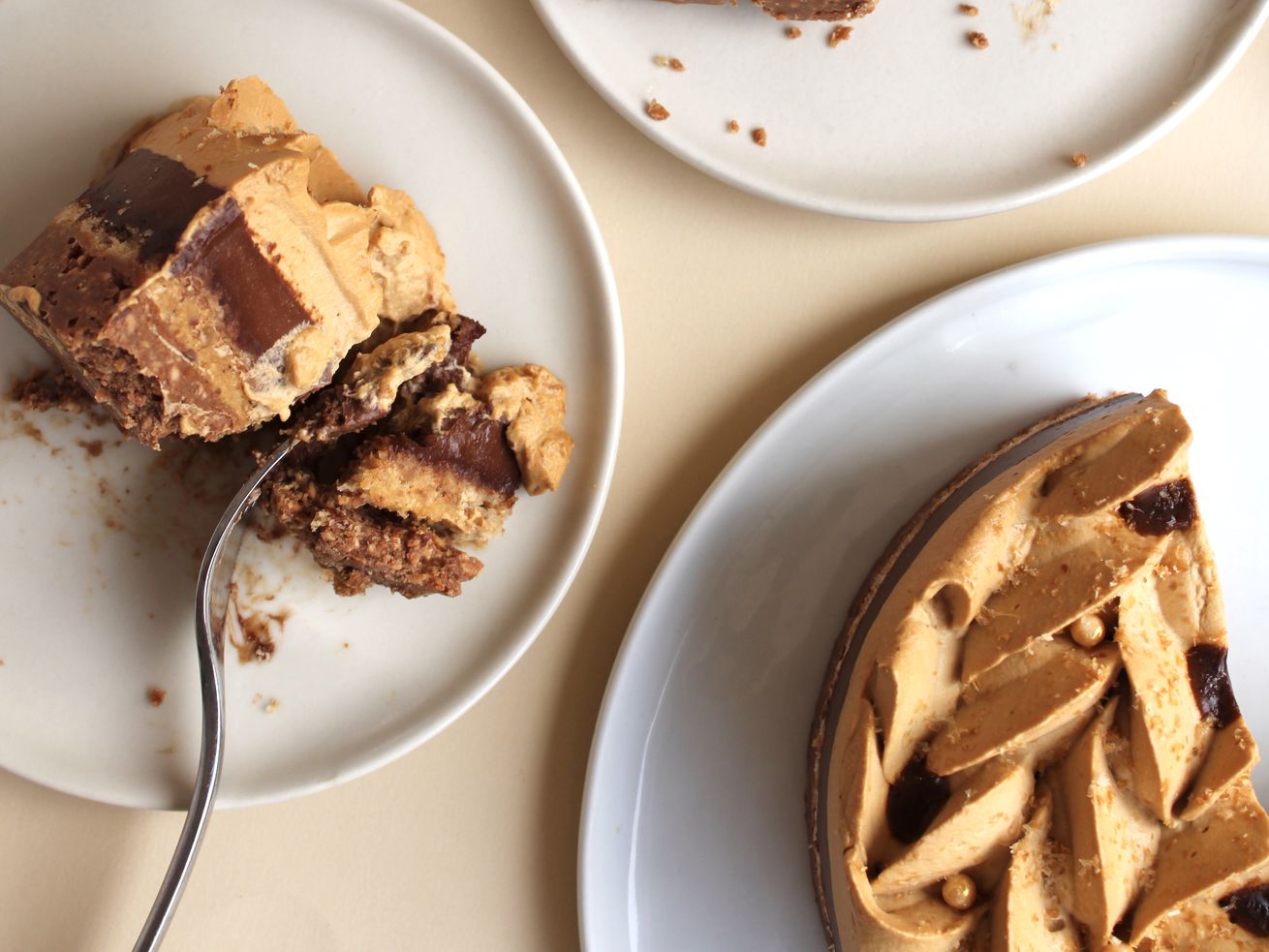 David Dayan, the owner of upscale sushi bar chain Ryu, recently-opened Mediterranean restaurant Ayla, and Downtown Montreal’s Livia Café has branched out into the sweets arena, with the launch of a Mile End baked goods counter with a strong online presence.

Livia Sweets is an offshoot of Livia Café, a matcha bar and lunch spot, which early in the pandemic was outfitted with an e-commerce shop through which Dayan’s team began selling some of the café’s signature sweets like blondies and chocolate chip cookies.

“David and I have felt for awhile that everything in the baked goods spectrum in Montreal was quite dated, and we’ve had the idea of coming out with something young, vibrant, and fun to fill that gap for a while. During quarantine, we felt it was the perfect time to try and start selling sweets online,” says Jason Lamarre, who oversees operations across the restaurant group.

When the sweets (courtesy of Ryu pastry chef Camila Takahashi) saw newfound popularity, the team realized that for the project to flourish they needed to give it some breathing room. (Logistically speaking, storage for new products at Livia Café was also becoming an issue.) And so, as of last week, Livia Sweets has officially gone off on its own, with the opening of a Laurier Street counter and the launch of a standalone website through which customers can place orders for takeout and delivery (via UberEats and DoorDash).

“We really want to build this huge online platform that will continue to grow because it’s easy to use. You don’t need to talk to anyone anymore — it’s the Amazon and Uber mentality, and it’s where things are headed for food, too. The future is 100 percent online,” Lamarre says with the zeal of a tech executive on the cusp of a new idea.

For now, customers can order from an array of cookies (classic chocolate chip, oreo chunk, or unicorn, which is hodgepodge of white chocolate, sprinkles, frosted flakes and froot loops), dough bars (blondie or a brownie-cookie hybrid), and cakes (s’mores, vanilla meringue, and more) for takeout and delivery. In six to 12 months there will be much more, including some gluten-free options, Lamarre says.

Also on the docket for the group is a new Ryu location next door to Ayla, as well as another, more affordable sushi project, following the same online, takeout- and delivery-only rubric put forth by Livia Sweets. “It’s going to be called Sushi Department, and we are using all the knowledge we’ve gained from the many years we have been in sushi to find ways to hack our costing,” Lamarre says. “It should be open in about four weeks, and like Livia Sweets, we want it to be accessible and fun.”

Livia Sweets is open at 288 Laurier West from Monday to Friday, 10 a.m. to 5 p.m. Orders can be placed online