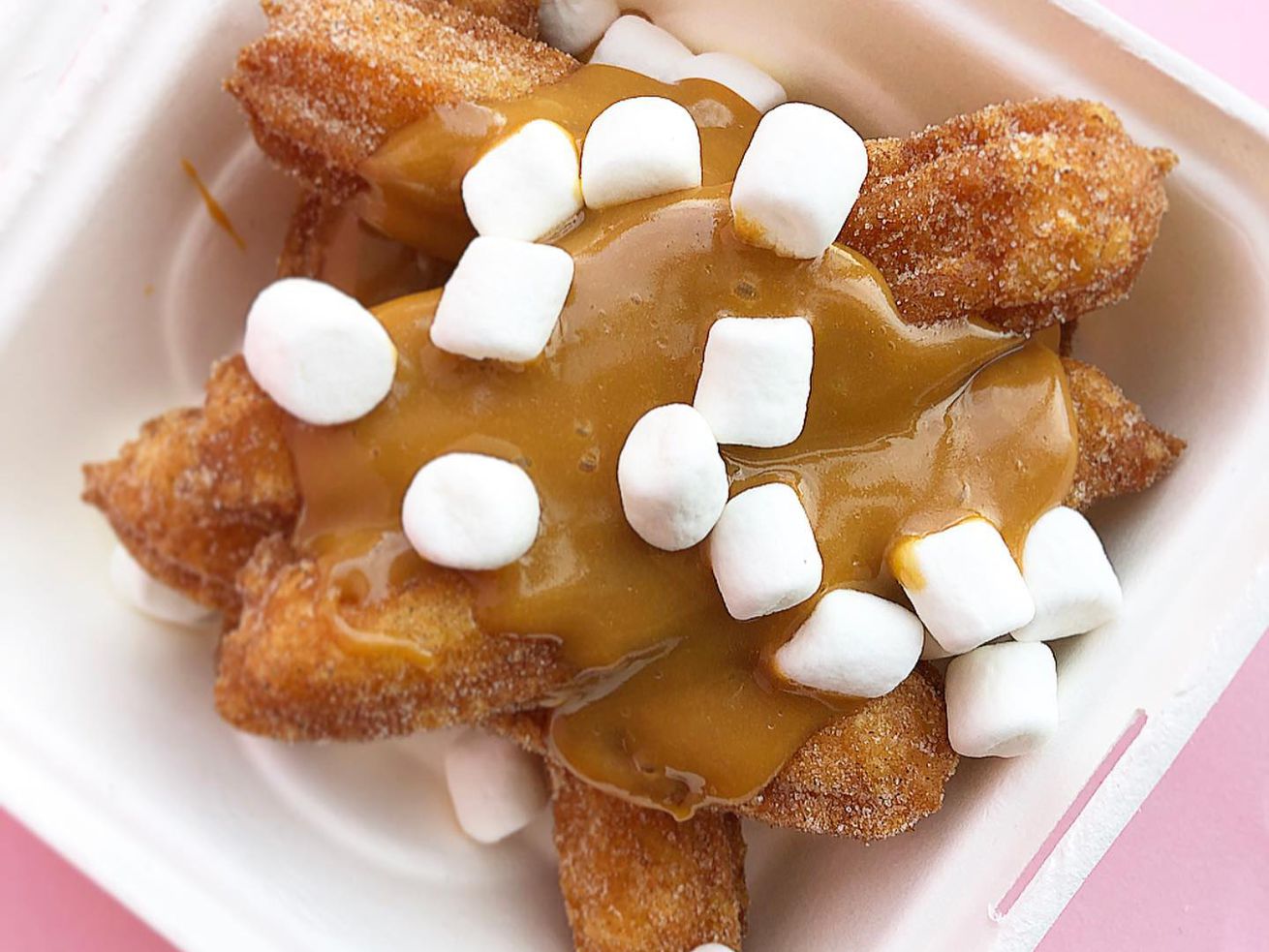 Everyone from Cosmos to Léché Desserts gave it a try

La Poutine Week is upon us, and though many — likely, most — would prefer the more commonplace mound of squeaky curds, subtly-spiced gravy, and crisp-then-soggy fries, well that’s just not what this time of the year is about. Instead, participating restaurants dream up a new take on the tried-and-true classic, often adding copious amounts of toppings that seem to have no place in a poutine, yet, somehow, just might work? Others opt for a fusion-y mashup, while some deviate so blatantly from the mold that it’s hard to say whether their creation should even qualify.

This year, more than 700 restaurants across the country are participating, with 120 of those coming from right here in Montreal. Below is a round-up of some of the most notable offerings in the city, highlighted for everything from actually sounding good to not being a poutine at all.

Yes, Let’s Do This 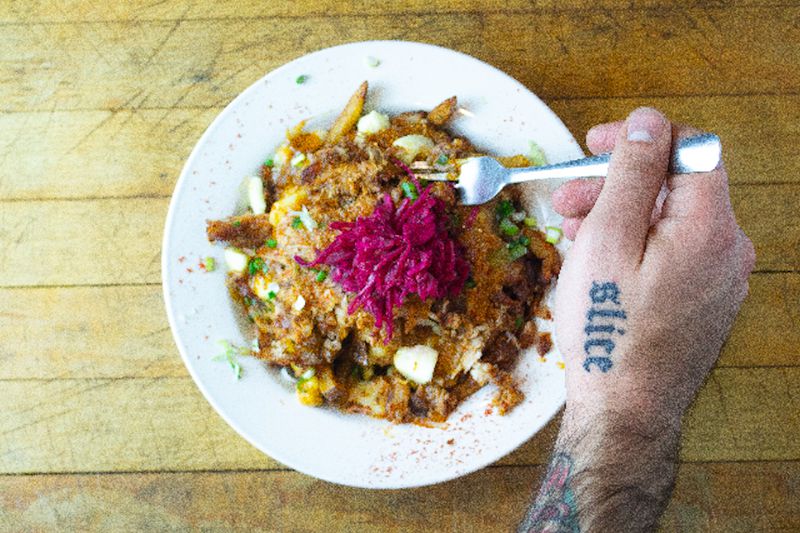 Poutine Week/SuppliedPiklìz Comptoir Caribéen’s Piklìz Poutine: Maybe it’s the grainy photo, but this poutine looks like one that might really have some staying power. It’s approach seems similar to that of exceedingly popular Ma Poule Mouillé in that it opts for an already loved protein (in this case, its griot pork cubes) and a spiced, peppery sauce that cuts through the grease — but otherwise stays true to form. 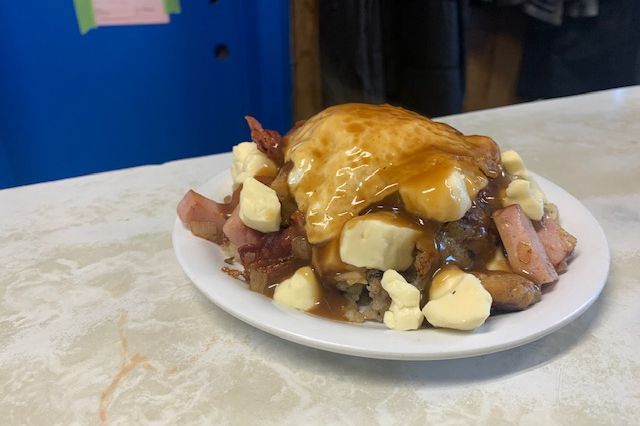 Poutine Week/WebsiteThe Famous Cosmos’ Cosmolio: Landmark Sherbrooke Street West greasy spoon Cosmos has long attributed its success to its potatoes: first boiled then mashed onto a flattop for a hash brown with bits of almost caramelized char, so it’s no surprise that these would be the star of the show when it tries its hand at reinventing the poutine. Bacon, sausage, and a fried egg — a nod to its iconic Mish-Mash Omelette, perhaps — also make an appearance, for a more breakfast-leaning poutine. Cheese curds and gravy are slathered atop.

Not Poutine, But, Also, Not Necessarily Bad? 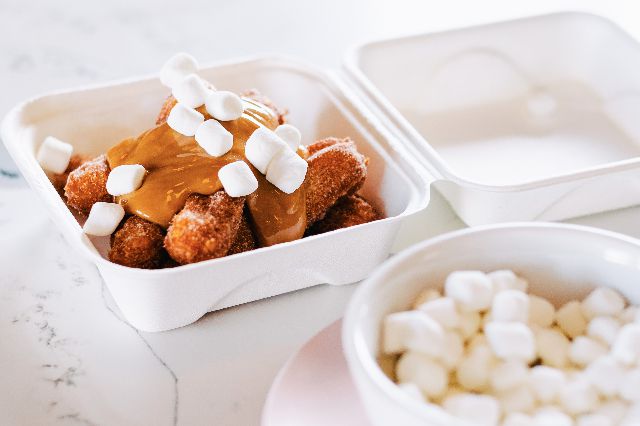 Poutine Week/WebsiteLéché Desserts’s Leche churros “poutine”: Calling this a poutine is kind of a stretch, and judging from the air quotes in its name, its creators know it. But it does sound quite tempting, and it hits a few of the poutine markers: the carb — a pile of sugary churros — is deep-fried, delivering on that crisp factor, and unlike most of the contenders, it does keep to a trilogy of ingredients. Only thing: its gravy is dulce de leche and its curds are marshmallows. 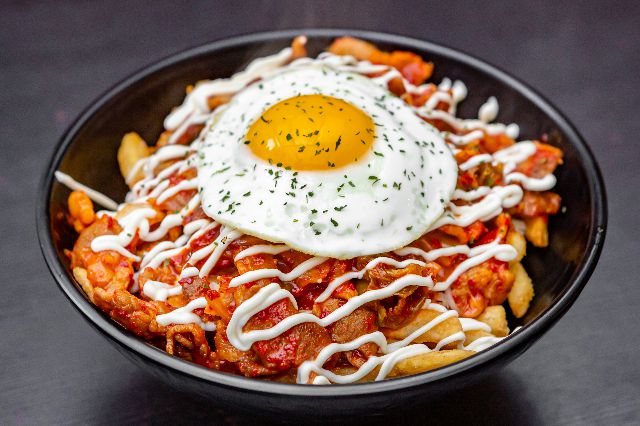 Poutine Week/SuppliedSam Cha’s Kimchi Fries: French fries topped with mozzarella cheese, stir-fried kimchi and pork, a drizzle of mayo and a yolky egg — we are here for it, but it isn’t poutine. 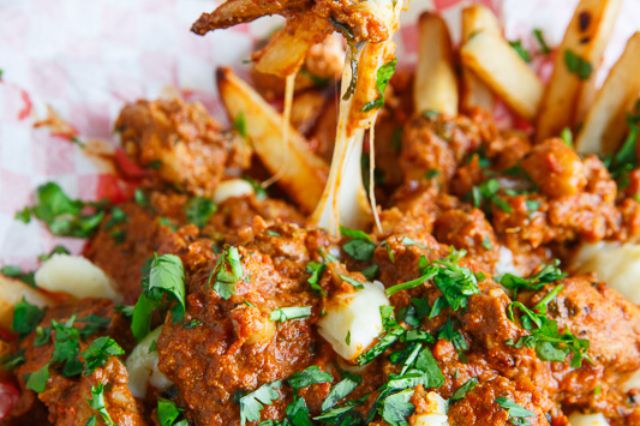 Thali Indian’s Shahi Poutine: Butter chicken has become a somewhat typical overhaul when it comes to poutine (several restaurants are doing it this year, and others have in the past), but Thali Indian’s addition of shahi paneer (cubes of Indian cheese submerged in a thick, velvety tomato-based gravy) make it stand out. 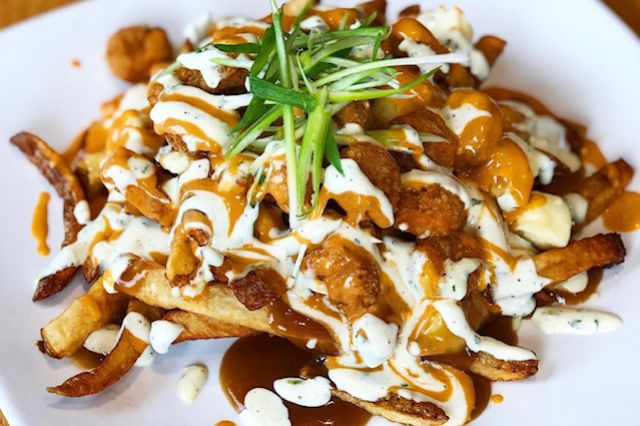 Poutine Week/SuppliedBurger Bar: Unlike many of its peers, Burger Bar already had a classic poutine on its menu from which to bounce off. It added popcorn chicken, and buffalo and ranch sauces, which though may mix in a visually unsavoury way after a couple bites, does sound like it could bring a dose of freshness without venturing into the generally unwelcome veggie department.

You Got My Attention… 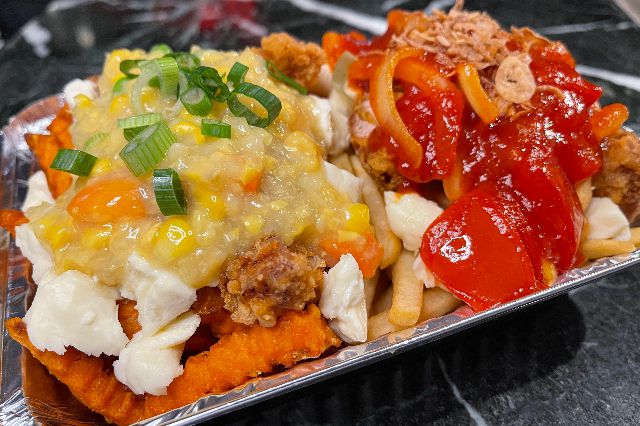 Poutine Week/SuppliedHo Lee Chix’s Yin Yang poutine: A mix of regular and sweet potato shoestring fries and Ho Lee Chix’s raved-about fried chicken are topped on one side with a red jelly-like sauce and on the other with a creamy pea and corn gravy. Though the description leaves out the cheese curds, the photo shows them peering through. Difficult to say whether this one will sing — but at least you get two dishes in one? 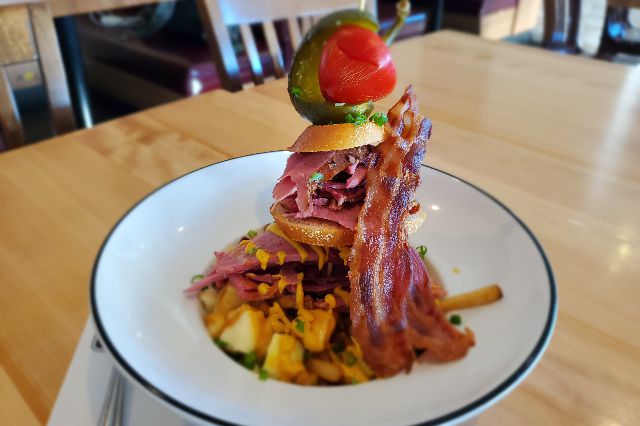 Poutine Week/SuppliedNickels Smoky Mountain: Leave it to Quebec diner chain Nickels to add an entire smoked meat sandwich (even if a mini one) on top of a poutine, have it propped up with bacon scaffolding, and all drizzled in yellow mustard. It reads like a publicity stunt, but at the same time kind of brings a welcome solution to the age-old question: Do I opt for the poutine or the smoked meat sandwich? 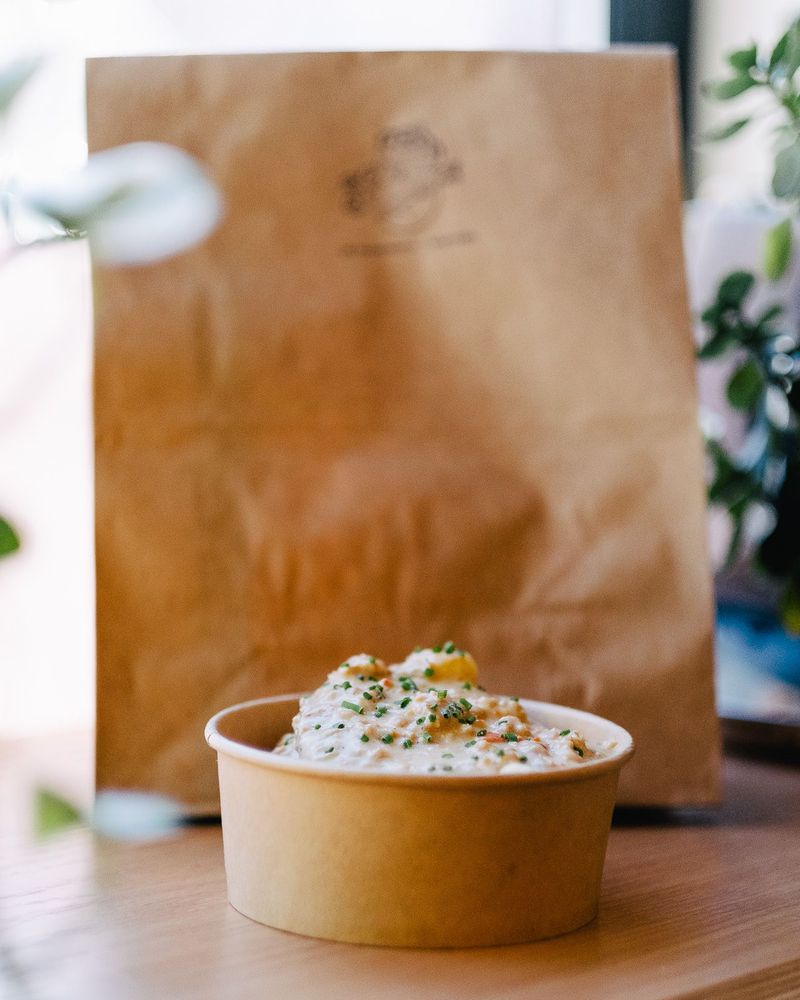 Poutine Week/SuppliedFaberge’s Fabergé Stack: Elevating poutine with the addition of say foie gras or duck confit is acceptable in the poutine playbook, but transforming it so that a fork and knife choreography seems necessary strays a little too far off. Faberge does keep it simple with a potato patty, curds, and a creamy sausage gravy, which doesn’t sound terrible at all, but, again, not being able to quickly shovel it down doesn’t sit very well with us. 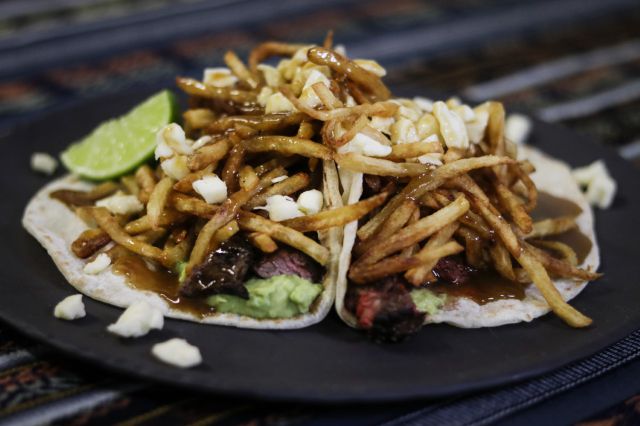 Poutine Week/SuppliedTaco-Signature’s Taco-Poutine: The guacamole isn’t the issue here, since we’ve seen the topping warmly embraced by the patrons of Poutineville, La Banquise, and Paulo et Suzanne. It’s the taco shell: First off, adding a carb to the already heavy line-up can be risky, but turning it into a handheld affair is the real grievance here — even if the filling is delicious. One of the beauties of poutine has always been that despite how utterly defeated you may feel after eating it, you never had to get your hands dirty.