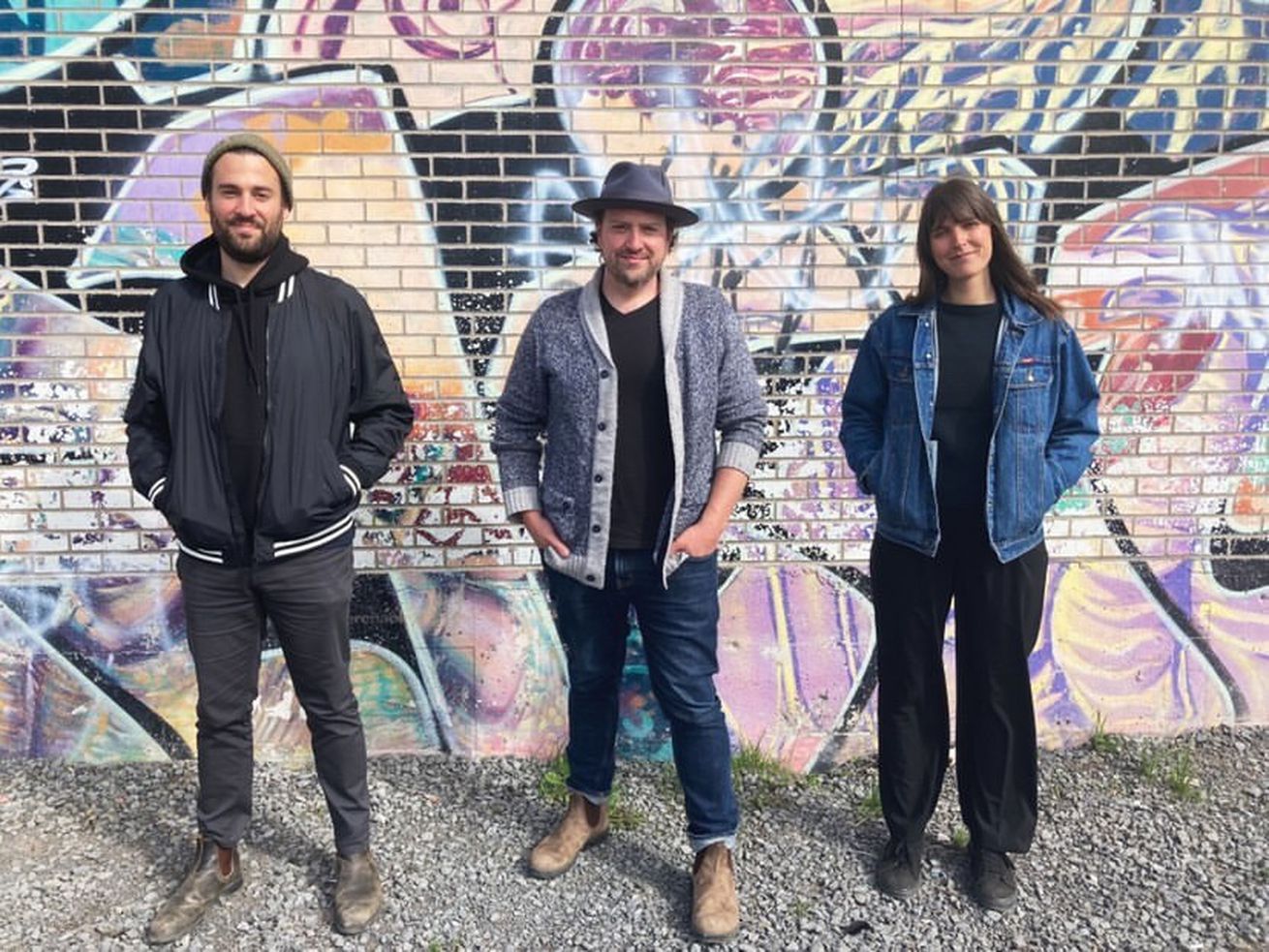 Being let go from a steady office job in the middle of a pandemic would be frightening for anyone — and it certainly was for Simon Clark when it happened to him in October, 2020. But months down the line, he looks back on the experience as a blessing, because it led to the creation of Pizza Michigan.

A Detroit-style pizzeria pop-up out of Epicerie Soda’s space on Beaubien Avenue in La-Petite-Patrie, Pizza Michigan is slated to start serving at the end of May.

It’s a collaboration between co-owners and best friends Clark, Sydney Wingender and Arielle Bernard (maître d’ and manager at Bouillon Bilk), that Clark says was born out of the pandemic. After his layoff, he turned to the two friends, who had long shared the dream of opening a pizza shop. They’d soon become business partners, as the vision for Michigan came to life.

“If COVID hadn’t hit, I don’t think Michigan would be here today, or at least it would still be a distant dream,” he says. “We started thinking, ‘Maybe it’s not as far-fetched as we might think, maybe this situation kind of puts us in a situation where it forces our hand really to follow this dream that we’ve had for for many years.’”

Clark, who is spearheading the menu, is sticking to the essentials. Expect four different flavours of pizza — a classic cheese, a pepperoni, a white with garlic confit, and a vegan tomato — plus a handful of sides, all made with local, seasonal products. At some point, he hopes to introduce a pizza of the month; but for now, his priority is to get the shop running and focus on delivering the perfecting airy, cheese-coated crust.

The magic to Detroit-style dough, Clark has learned, is in the fermentation process. The Michigan kitchen will ferment its dough for 72 hours before working with it, allowing it to thicken, while maintaining a light, bubbly texture

It’s a trick Clark has learned through months of deep research and trial-and-error: A self-described “foodie,” he got to work last November, testing recipe after recipe, talking to pizza experts outside of Montreal and conducting research online.

“I’ve made probably 75 different types of dough recipes that I’ve tried out in the past few months,” Clark says. “We’re really confident about where we’re at now and what we’re going to be able to offer.”

“I’ve been passionate about food for my whole life, but never really worked in that in that environment,” he notes. “It was always kind of a dream.”

Though restrictions are keeping the owners from opening for anything more than takeout at the moment, Clark is confident his creations – square slices with thick, sturdy crusts – will travel well in any context. Once it’s safe to open in person, patrons are welcome to a handful of counter seats inside Epicerie Soda, which also sells its own share of Quebec-made beer and wine. In the meantime, the trio are focusing on starting up with what they have.

“Our initial idea was to have like a really neighborhood pizza counter joint,” Clark says. “Super simple product, but, you know, there’s lots of love and labor behind it.”

Pizza Michigan will start serving out of Epicerie Soda at 211 Beaubien Street East at the end of May.