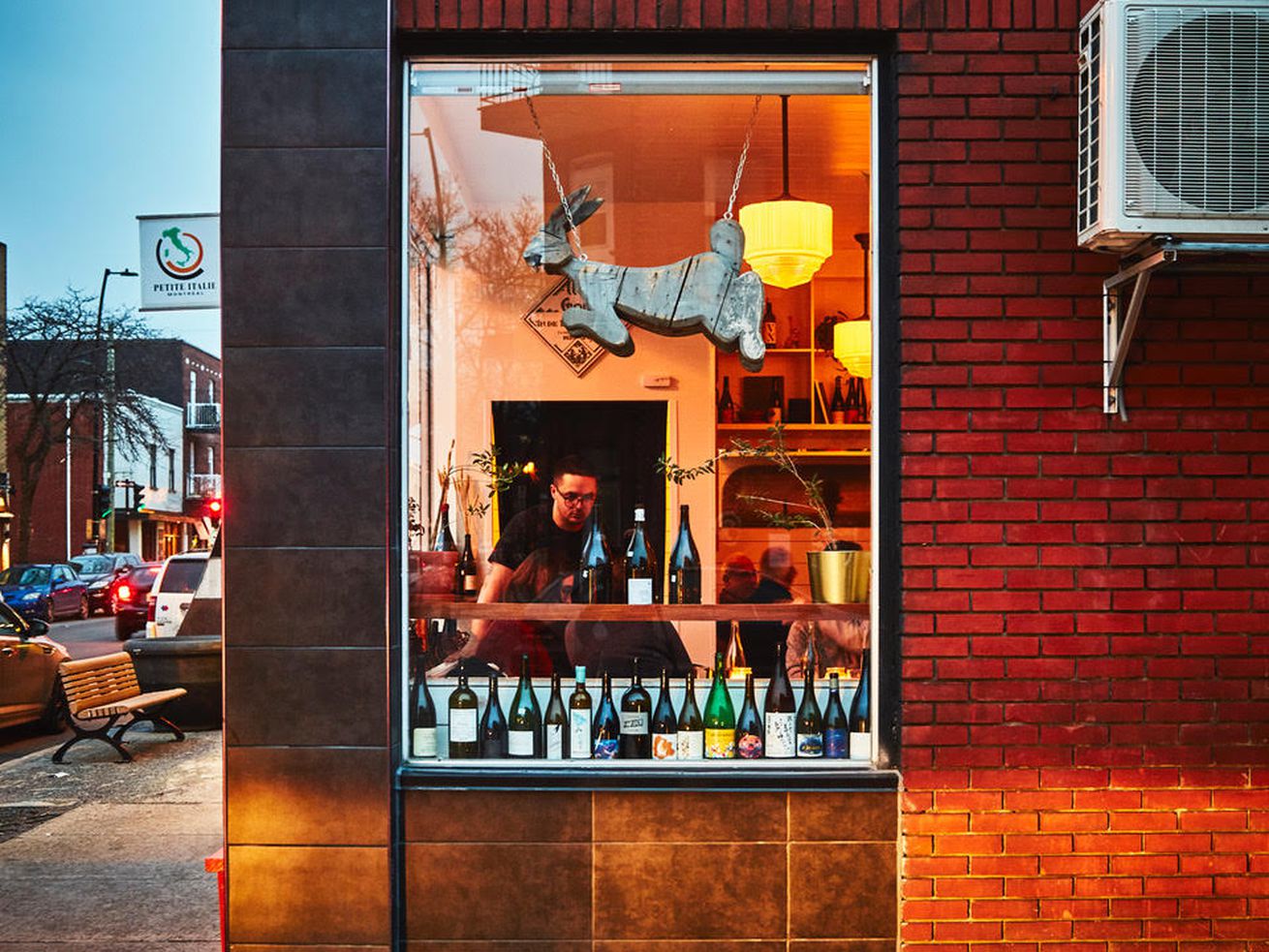 The Little Italy wine bar is expanding its dining room, and planning for a holiday takeout menu to round out 2020

Almost a year to the day since an amicable parting from the Joe Beef family was announced, Vin Mon Lapin, the tiny, award-winning Little Italy wine bar owned by sommelier Vanya Filipovic and her husband, executive chef Marc-Olivier Frappier, is expanding into the former beer dep space next door.

“We always thought we would love to take it over if it became available,” Filipovic says. “We’re not sure when we’ll be able to actually open the doors, but we’ll be ready when we’re allowed to welcome guests.”

Vin Mon Lapin has earned accolades and loyal customers from around the globe, creating convivial line-ups since it opened in March 2018. Before the pandemic, waiting for a table at the 36-seater wine bar was (almost) as much fun as sitting down cheek-by-jowl with other guests. They closed in mid-March, following government directives and concerned about their staff and the public’s well-being.

“Those 28 days ended up being 56 days [and now longer],” says Frappier, “but we feel kind of lucky that we decided to do the renovations during that time.” Over the summer and into fall, with dining rooms closed and only takeout or terrasse options possible, Frappier and Filipovic transformed their outdoor space into a sourdough fried chicken spot with the moniker Casgrain BBQ, a nod to Frappier’s early years cooking at St-Hubert.

Mon Lapin 2.0 promises a spacious interior designed by Zebulon Perron, retaining elements of the original space while doubling seating to 70, a longer bar (with kitchen view) extending along the back, and artwork from local artists, including Mathieu Gaudet, whose undulating orange wood sculpture had graced the west wall of the restaurant since the beginning. In addition to the design, Archetype contractors have been busy putting in a new ventilation system, something that’s become a COVID-era necessity.

Mon Lapin’s predominantly small plate, ever-changing, and very local-producer-inspired menu remains paired with Filipovic’s curation, including some of her Les Vins Dame-Jeanne imports. From December 20 through to New Year’s, Mon Lapin will be in the new space for takeout and in-house delivery. ”We’ll have some really fun festive things — lots of desserts, and lots of libations,” Filipovic says.

Savouries will include whole duck confit in smoked fat with juniper and pine, specially commissioned Sasso chickens — smaller than a turkey but big enough for a small group — for home roasting, the famous Mon Lapin “salade roseand a range of other seasonal sides, and desserts. “We’re making a bûche de noël modelled after our buckwheat cake, Nanaimo bars with chestnuts, plus some holiday cookies,” Frappier says. And after the New Year? “The menu will remain ever-evolving, with our old classics and new treats,” Filipovic promises.

With the new configuration, Marc-Antoine Gélinas and Alex Landry from the service side and chef Jessica Noël have become co-owners. Along with Sutherland Haskell from the kitchen, the Mon Lapin ensemble remains the same, a testament to the strong team Filipovic and Frappier have built. “This is important,” Frappier says. “Vanya and I can’t do it alone.”

As for the big question of whether or not Mon Lapin will take reservations, that’s still under discussion, and depends on when the new space can open. For the moment, the couple are excited: about reopening, about their holiday menu, about bringing on partners from within the team, and about what lies ahead — despite the uncertainty.

“We’re excited to get back in the swing of things with the holiday season,” Filipovic says. “Of course, we’d love to open as soon as we can and see all of our favourite people again. I think it’s going to be a space where people feel really good. We’re so excited for you to see it.”

Vin Mon Lapin is located at 150 St-Zotique East, and will be announcing its holiday menu shortly on Instagram