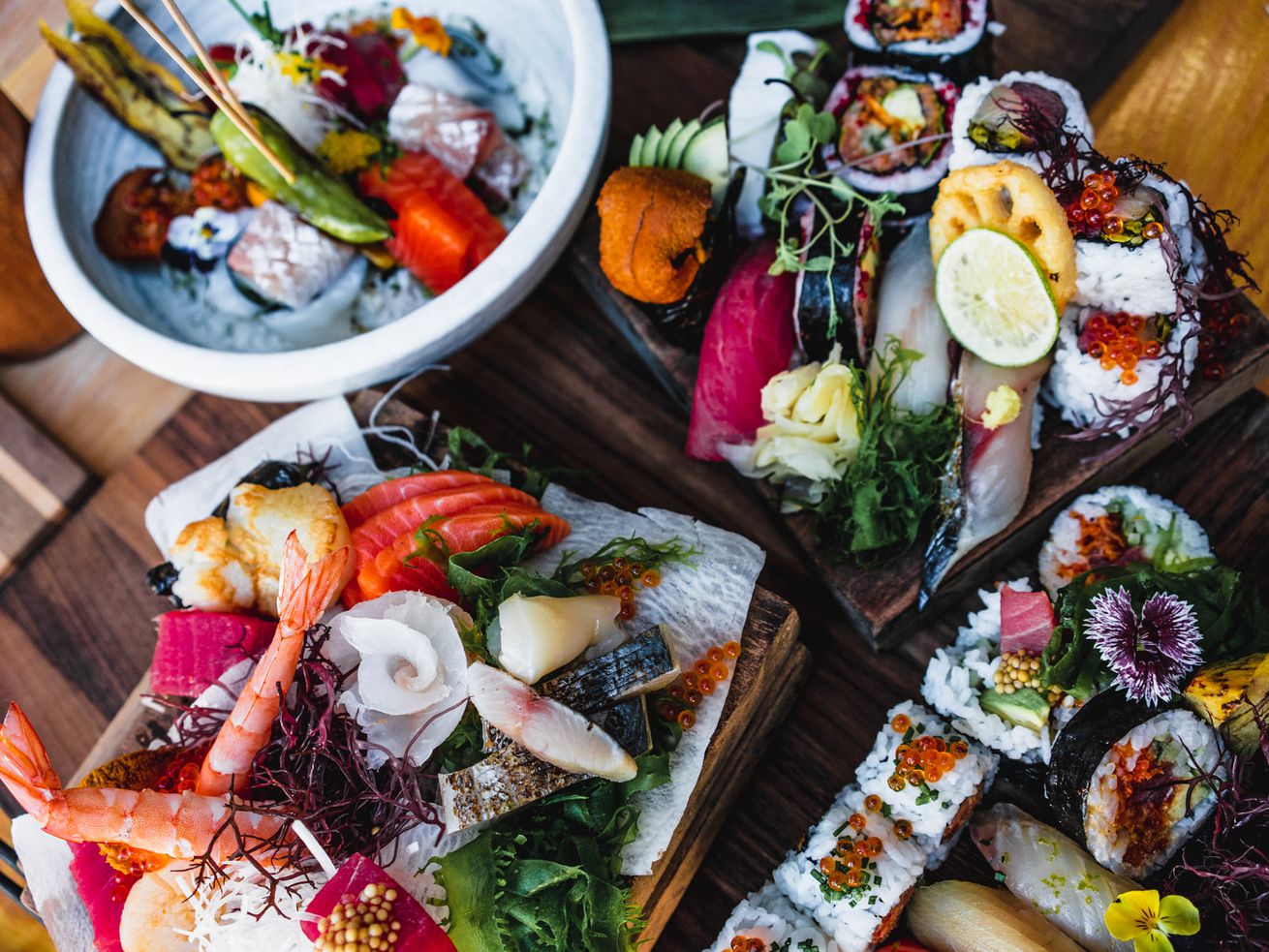 In addition to sushi, Kokochi Izakaya is serving up tonkotsu ramen, chirashi don, and agedashi tofu for takeout

Verdun residents are in store for a new Japanese takeout counter — and eventual evening haunt — as of today. While well-liked sushi spot Aka-Fuji is located just a few blocks over, Kokochi is the first in the area determined to replicate the small sharing plates, flowing drinks, and boisterous atmosphere characteristic to the Japanese izakaya.

The restaurant takes up residence in the Wellington Street space formerly occupied by Turkish restaurant Su, which shut its doors after 14 years this past summer and was beloved by many, including Kokochi’s owners.

“We used to come here for many years. Fisun [Ercan, chef-owner of Su] is a friend, and we knew the location and space very well. We loved coming to celebrate events and birthdays,” says co-owner Ibti Saadi, who previously oversaw marketing, PR, and communications for Griffintown restaurant Le Richmond, and now does the same for Kokochi. She’s joined on the ownership side by Sid Alami, a former food and beverage director at Hilton Hotels who lost his job at the hands of the pandemic.

While the pair explain that the number of dishes on offer is poised to multiply come time to officially open its doors, Kokochi’s already lengthy menu showcases traditional Japanese fare like bowls of tonkotsu ramen and chirashi don, as well as agedashi (tempura-covered, deep fried tofu cubes), and sushi“These are the classics, but then there are some things we tried to create,” Alami says, pointing to a poached lobster onigiri with furikake and lemongrass mayo as an example. The menu’s panko-encrusted chicken sandwich with provolone cheese, parsley yogurt sauce, and Korean chili paste gochujang also seems to fall in that category.

For the kitchen, they’ve tapped Vietnamese-born chef Van Amtel, who brings with him years of experience from renowned Japanese restaurants around town including Kaizen, Jun I, Shodan, Maiko Sushi, and Le Blossom. Having opened his own Japanese restaurant in his native Morocco some 15 years, Alami also brings credentials to the mix, though insists “that was a lifetime ago.”

Part of what drives him today is what he calls a “friendly competition” with fellow Moroccan and restaurateur Yann Levy, owner of popular Japanese spots Hanzō Izakaya and biiru. Friends since about six years old, the pair have always bonded over a shared admiration for Japanese culture. “As kids, that meant we were fans of things like manga and Dragon Ball Z. After all these years, it’s our passion for Japanese food that still brings us together. We call each other like 10 times a day and talk about it for hours.”

While the restaurant opens for takeout and delivery today, the interior design is still very much underway. Come April or May, Alami and Saadi promise there will be a “sushi shack” with a few stools for a devoted omakase experience, wood surfaces, metallic accents, and lots of lanterns. “The restaurant was very colourful and bright when we got it in December, so we are working on creating an ambience that is much darker, and inspired by the izakayas you see in Japan,” Saadi says.

Kokochi Izakaya is open for takeout from Tuesday to Saturday, 4 to 9:30 p.m., at 5145 Wellington Street.