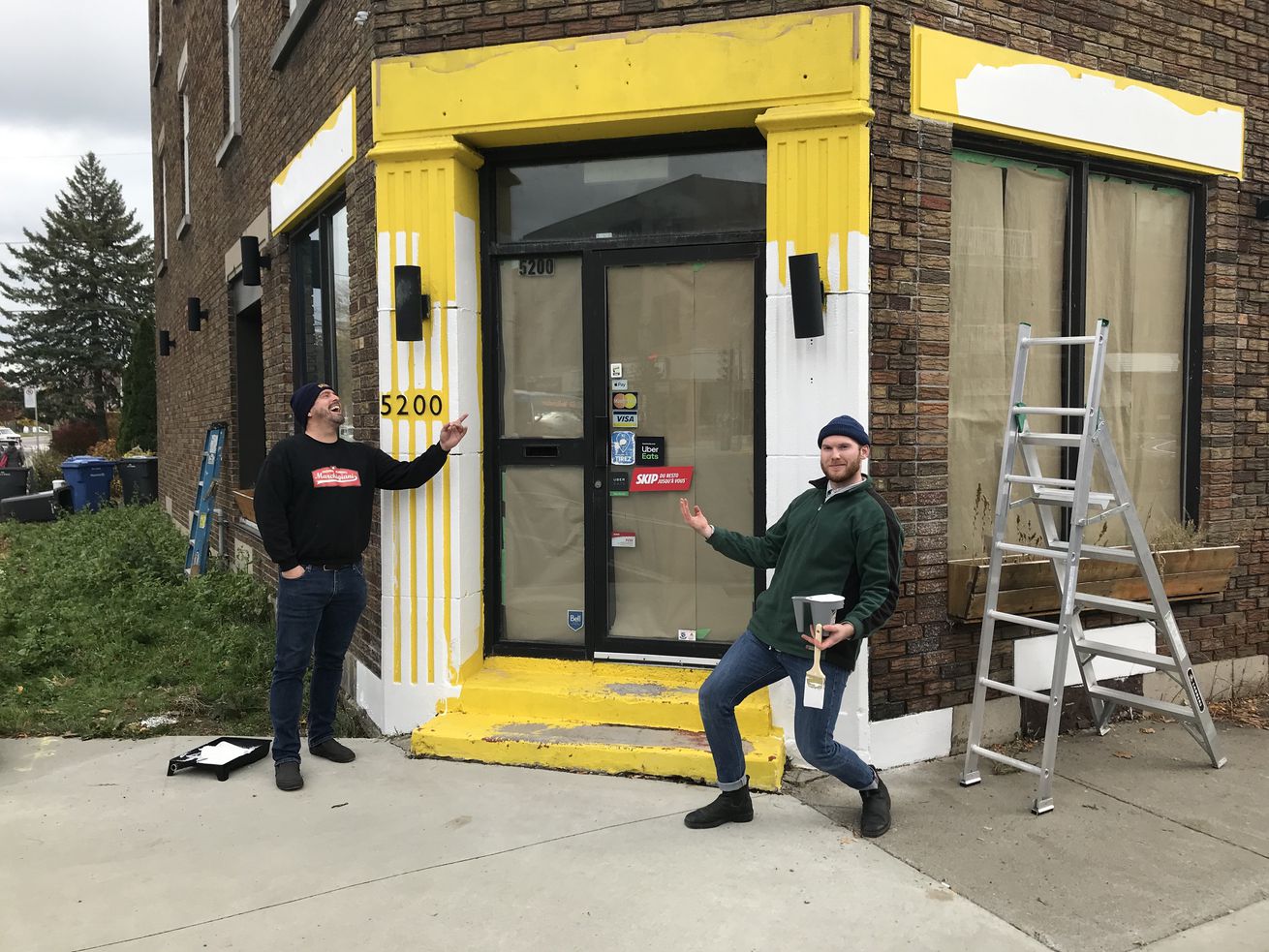 Following the closure of his previous venture, Café Le Mastiff in Pointe-Saint-Charles, owner Andrew Soulis has decided to move further west for his next project: Pavillon Snack Bar in Verdun.

“When the pandemic hit, that was kind of the end of my other project. It was in a commercial building, comprised of hundreds of people who go to their companies and work, and we would cater to those people. It still isn’t close to returning to full capacity,” Soulis says.

Pavillon, slated to open next month, will appeal to more of a neighbourhood crowd, serving everything from third-wave coffee and baked goods to a menu of breakfast and lunch items, and eventually — that is, once dining rooms are able to resume operations — a nighttime array of small sharing plates. “It’s kind of a domino effect of seeing what happens and where the next domino falls. But that is what we’re aspiring to,” Soulis says.

One thing Soulis knows for sure is that the banana bread that amassed a loyal following at Le Mastiff will be transferred over. “It’s, humbly, one of the better ones around town, and I’ve already had people inquiring as to whether I will be making it at this place. The answer is yes.”

Joining him is chef Sean Hayes — they worked together at Le Mastiff and before that at NDG Cajun and Creole restaurant La Louisiane — and Tom Siluk (previously of Melk Café) who is overseeing all things coffee.

The snack bar takes over a corner spot previously occupied by breakfast joint Tranche de Bonheur on Wellington’s western end, and Soulis says he instantly fell in love. “I have a degree in history, and I love architecture, masonry and that kind of thing. When you look at the façade of this building, it’s really quite special,” he says, referring to the Art Deco detailing around the doorway of the 1930s construction.

Like the space, the name of the café/restaurant was informed by Soulis’ fascination with the past. “I did some research on Verdun, and found out that there used to be a pavilion down by the water in the forties, where people used to go and dances,” he says. “Pavillon,” he explains, was also the name of the structure where, in 1874, local landowners signed a charter creating the Village of Rivière-Saint-Pierre, eventually renamed the Village of Verdun. (The name “Verdun” in Montreal, however, originated in the 1600s, with its founder, Zacharie Dupuis, who hailed from Saverdun, France.)

History aside, some usages of the word “pavilion” (“pavillon” in French) also connote celebration, referring to an additional space designated for entertainment, exhibits, or other festivities. “So, though we kind of took the name from the history of Verdun, we also just liked what it stands for,” Soulis adds.

Pavillon Snack Bar will open at 5200 Wellington Street in December.