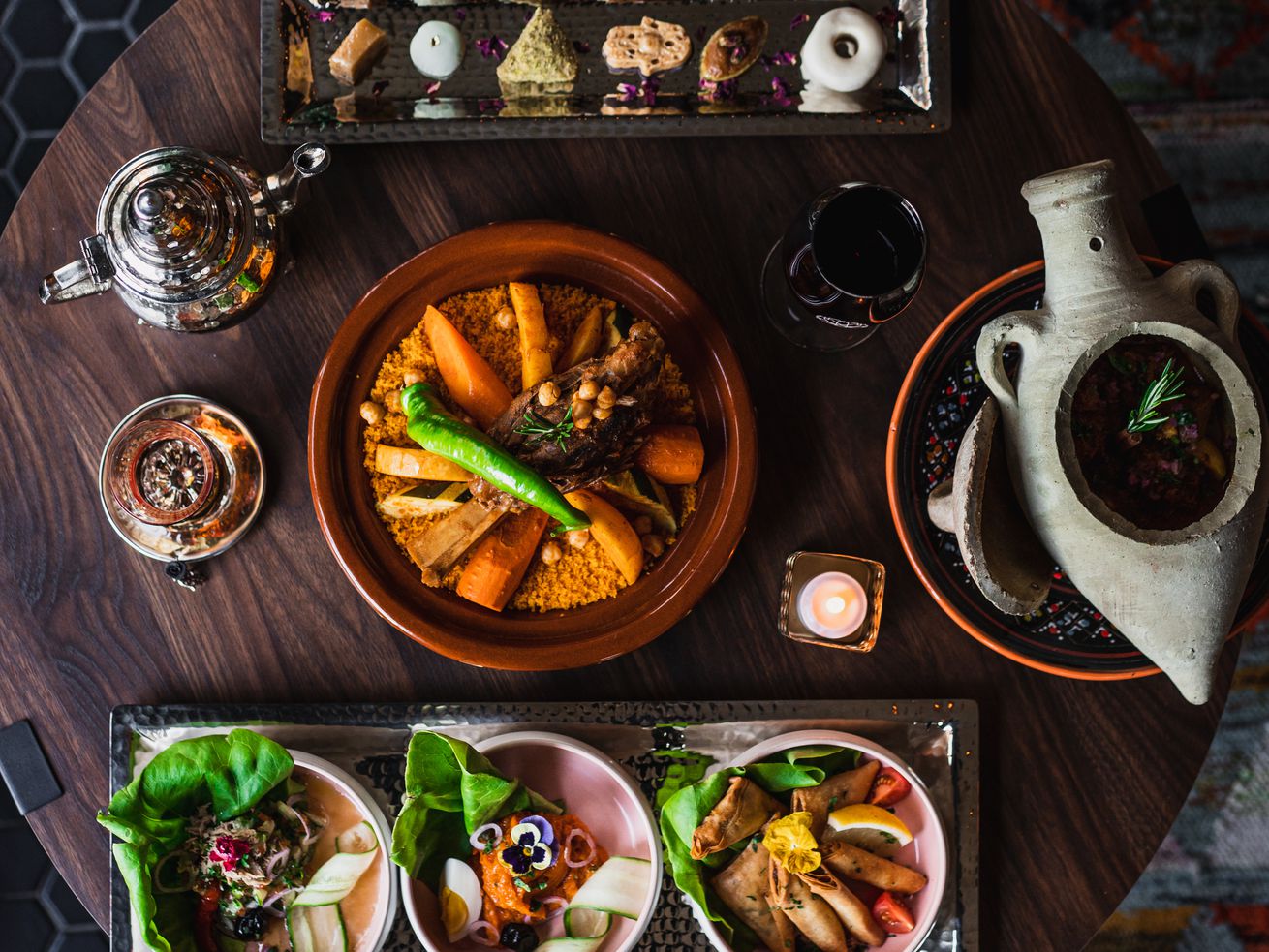 Breaking the daily fast with lamb mandi, lahmajoun pies, and plenty of sweets

For almost 30 years, customers at Abu Elias Boucherie and Grillades would break the daily Ramadan fast, known as iftar, together at the shop’s high counter, eating dates and sharing food. Founded in 1992, the popular Ville St-Laurent butcher and grill counter is preparing for its second takeout-only Ramadan: stocking up on sweets, making special dishes, and making sure there’s lots of Québec lamb on hand.

“Ramadan is when we have a chance to cleanse our minds, our bodies, and our souls,” says Elias Mustapha, co-owner of Abu Elias. Starting with the sighting of the moon on April 13 and ending on May 12 with Eid al-Fitr holiday, observant Muslims around the world will be fasting during daylight hours, eating the early suhur meal before the first light of dawn. The fast breaks at nightfall with the iftar meal, anywhere between 7:39 p.m. and 8:16 p.m., the timing of the fast ending progressively later as the days get longer.

The principles of charity, reflection, and community are important elements of this period — along with the enjoyment of the evening meal and the sweet first bites that reintroduce food to those who are fasting. “We think of the people who might only have one meal a day, and we share,” says Elyes Chaabani, owner of La Rose des Sables on Beaubien East.

Chaabani traditionally offers a simple meal to students at the end of the daily fast, and this year is no different. He’s also preparing a classic Tunisian menu for iftar, including a shorba (lentil soup) with pearled barley and fish, lamb, or chicken; a choice of three salads (mechouia, with grilled tomatoes, peppers, thyme, and garlic; Tunisienne, with cucumbers, peppers, onions, and lemon; or houria, with carrots, harissa, and garlic) with a main of the day, such as couscous or tagine with lamb.

At 786 Halal Restaurant on Jean Talon in Park-Ex, Shahid Malik and his team are keeping with their extensive 92-item menu, offering a special 15 percent off during the Ramadan period. 786 Halal is famous for their Pakistani-style grilled kebabs, biryani, whole chicken and fish cooked in the tandoor, and their lamb karahi (chili or ginger-based) cooked in the traditional round-bottomed, heavy vessel of the same name. To break the fast, “people love our mango lassi,” says Tanvi Gujara, the restaurant’s general manager. “Everyone has a sweet tooth at Ramadan.”

Nail Salem, the owner of Mazbi Restaurant on St-Denis in the Plateau has fond memories of breaking the fast in Yemeni tradition with kahwah, a hot drink redolent of cardamom, cinnamon, saffron, ginger, and cloves. The same spices feature in the dishes the restaurant has become known for: lamb and chicken cooked on the mazbi flat stone grill, a Yemeni tool and technique that yields a tender, smoky flavour in the meat. Salem understands that his customers want to have food at the ready when the sun sets, and has a special plan to feature dishes prepared in the slow-cooked mandi style for this time.

“We cook chicken and lamb underground, completely covered by wood and leaves so that it can steam for a long time,” says Salem. “Here we do mandi with special equipment indoors, almost like pressure cooking.“ Mazbi will offer a quick meal at iftar: shorba, sambosas (small stuffed triangular pastries with a phyllo-style dough), and a choice of four dishes — mandi lamb or chicken, plus two vegetarian options — opening up the menu for other items only after the fast-break rush is over.

“Ramadan is a month of peace, and we feel soothed by it,” says La Rose des Sables’ Chaabani. Elias Mustapha echoes that feeling, emphasizing the importance of the human connection during Ramadan and lamenting the requirements of the pandemic that currently ban indoor dining and large gatherings. “I miss seeing everyone together, breaking their fast,” Mustapha says. “It didn’t matter what religion you were, or which tradition you came from — everyone would just be enjoying food together. How beautiful was that?”

Ramadan 2021: 9 questions about the Muslim holy month you were too embarrassed to ask [Vox]
Iftar in Isolation [Eater]